‘The Democrats are taking away our tacos and burning the Virgin Mary!’ Trump campaign unveils wild new Spanish-language ads in wake of Goya boycott (and call Biden ‘the deportations guy’)

Goya is good advertising for President Donald Trump as he tries to win Latino voters over Democrat Joe Biden.

The Trump campaign debuted a series of wild, new Spanish-language television and radio ads highlighting liberals’ call to boycott Goya after the company’s CEO Robert Unanue appeared at the White House on July 9 and praised Trump.

One of the radio ads goes from blasting Democrats for ‘taking away my tacos’ to saying they’re ‘burning churches and even the Virgin Mary’ and then calls Biden ‘the deportations guy,’ according to the English translation.

A series of new Spanish language radio and television ads debuted featuring the recent controversy over Goya, a food company popular with Latinos 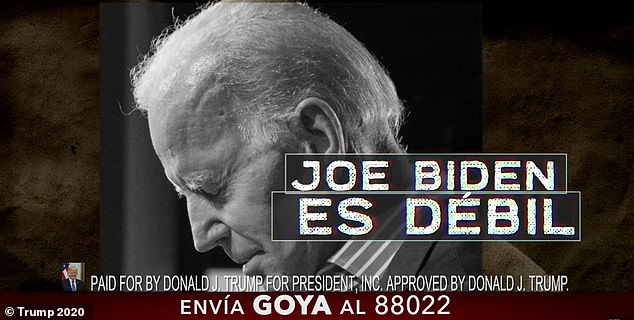 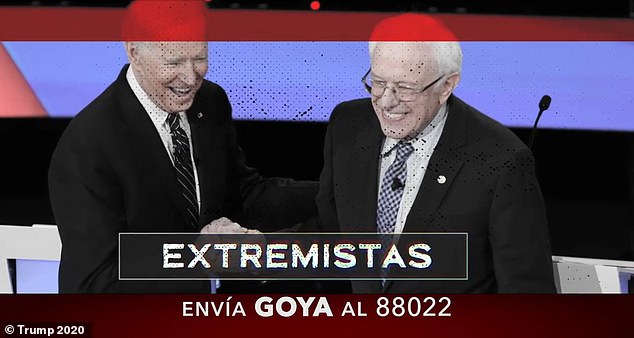 Joe Biden (left) and Bernie Sanders are both pictured in the TV ad, while a Goya-themed radio ad calls Biden ‘the deportations guy’ 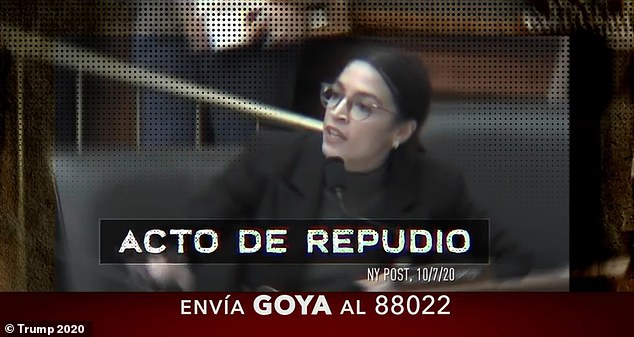 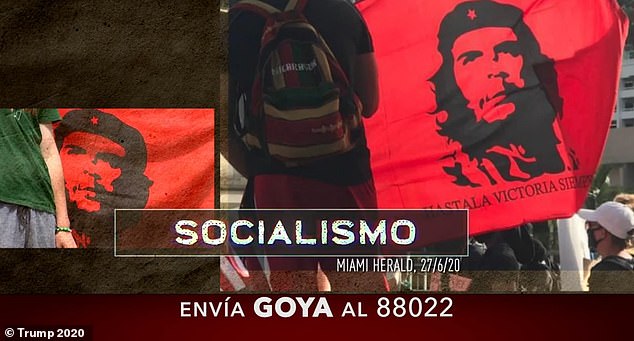 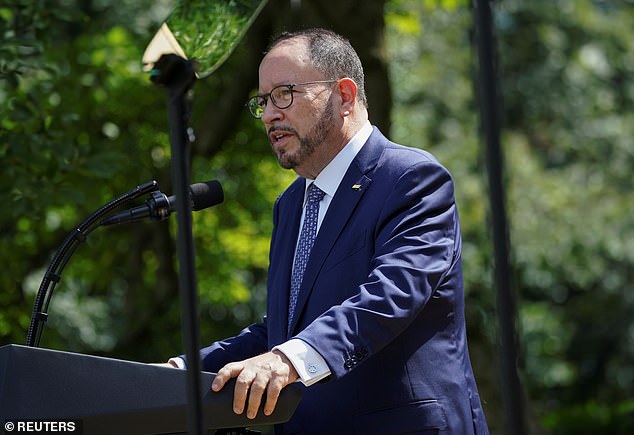 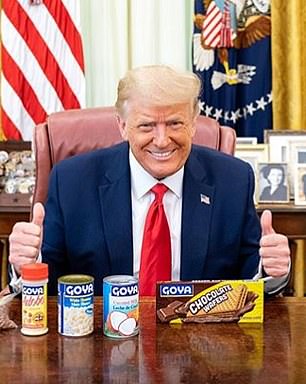 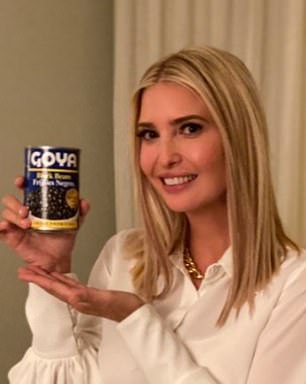 Another radio ad says ‘Democrats and their socialist mouthpieces want to shut down Goya just because its CEO visited the White House.’

‘Many Hispanics would lose their jobs but Democrats like Joe Biden do not care,’ it goes on. ‘They’re hypocrites and very extreme.’

‘And Biden is too weak to defend us,’ it says.

A third ad, which features a conversation between two Spanish-speaking women, has one saying, ‘I think the Democrats have a loose screw mama.’

And another pointing out, ‘And did you see them marching with the Che Guevara flag over by Biscayne?’ which is a Miami-based reference.

The Trump campaign recruited actress Susana Pérez to read the voiceover in the television ad, which shows imagery of Biden, Sen. Bernie Sanders and Rep. Alexandria Ocasio-Cortez labeling them as extremists and socialists and linking them to leftists figures like Guevara.

Trump will likely need to win Florida again if he plans to beat Biden in the Electoral College.

He could do so with Latino voters who Biden is seeing less support from than Trump’s 2016 rival Hillary Clinton.

In the 2020 Democratic primary, Sanders, a self-proclaimed democratic-socialist, attracted a big chunk of the Democratic Latino vote, which allowed him to easily win the Nevada caucuses.

Biden, on the other hand, attracted protesters throughout the primary over the Obama administration’s deportation record.