President Donald Trump canceled his meeting with Russian President Vladimir Putin here at the G20 summit on Thursday just an hour after he said it was on Thursday morning.

‘Based on the fact that the ships and sailors have not been returned to Ukraine from Russia, I have decided it would be best for all parties concerned to cancel my previously scheduled meeting…in Argentina with President Vladimir Putin,’ the president tweeted.

‘I look forward to a meaningful Summit again as soon as this situation is resolved!,’ Trump added in a pair of tweets after he boarded Air Force One to fly here for 48 hours of meetings with world leaders.

But, a mere hour earlier, as he was leaving the White House to go to Joint Base Andrews for the trip, he told reporters the sit-down was on on after he threatened to cancel his it earlier this week. 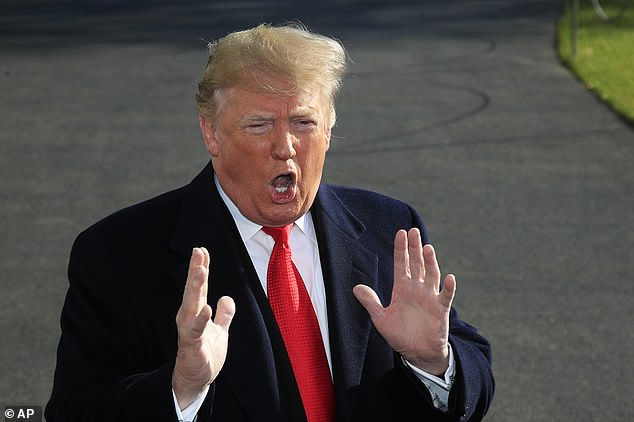 An hour earlier Trump told reporters the meeting was on 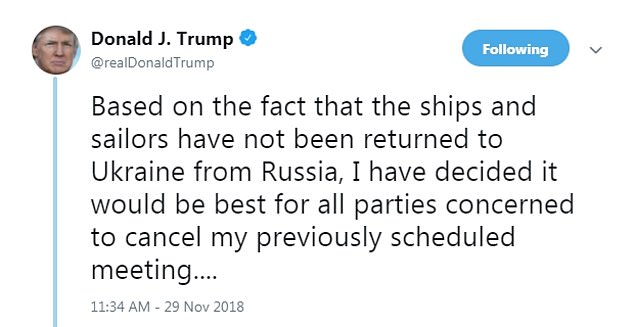 ‘I probably will be meeting with President Putin. We haven’t terminated that meeting,’ he told reporters at the White House before he left for the summit. ‘I think it’s a very good time to have the meeting.’

Trump had said he would review a report on the Ukraine crisis on the plane.

White House press secretary Sarah Sanders told reporters Trump made the decision during his flight to the summit. She said she wasn’t aware of a conversation between Trump and Putin about it.

Trump during the flight spoke with Secretary of State Mike Pompeo and White House Chief of Staff Kelly and made a call to National Security Adviser John Bolton, according to Sanders, who said the U.S. and Russian governments had communicated.

Trump exited the White House at 10:30 am and took reporters’ questions for about nine minutes Thursday. During remarks, he delivered an angry denunciation of Michael Cohen, calling him ‘weak’ and accusing him of lying to get a lighter jail sentence, while also saying it was a good time to meet Putin.

Trump’s tweet announcing the summit was off came out at 11:34 AM.

The summit, if it had happened, would have placed Trump in the potentially uncomfortable situation of being seen with Putin following yet another Russian move against its neighbor and violation of international norms.

Its actions in the confrontation has already received condemnation in Europe.

Trump, who has displayed little interest in confronting Putin in public or in private, also would have been seen with his Russian counterpart just days after new details about his planned Russian business venture were revealed. Cohen, Trump’s longtime lawyer, is revealed in a government information as reaching out to a top Putin official to discuss land and financing for the potential Trump tower project. Those discussions continued into the GOP primary process.

Trump’s lawyer Rudy Giuliani fumed about the new charge Thursday and brought up the G20 summit.

‘It is hardly coincidental that the Special Counsel once again files a charge just as the President is leaving for a meeting with world leaders at the G20 Summit in Argentina,’ Giuliani wrote. ‘The Special Counsel did the very same thing as the president was leaving for a world summit in Helsinki. With regard to the hotel proposal in Moscow, the President has been completely open and transparent,’ he added.

Mueller’s team indicted 12 Russians for hacking on the eve of Trump’s Helsinki summit. 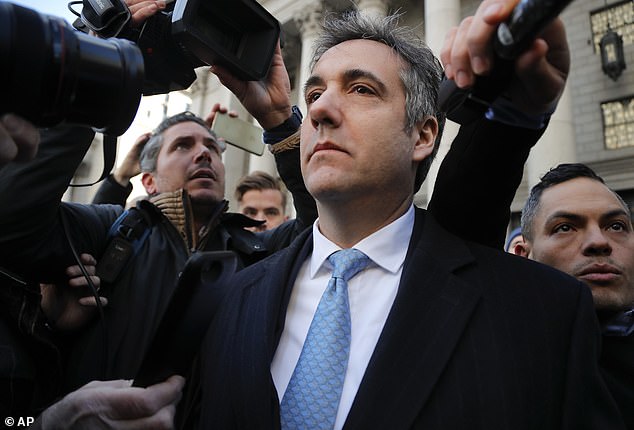 Trump nixed his summit with Putin not long after Michael Cohen, his former lawyer, was in federal court on Thursday to enter his latest guilty plea

Having the summit raised the prospect of putting Trump’s posture on Putin and Russia once again under the microscope at a critical time. The president was hounded for his Helsinki summit with Putin where he failed to criticize Russian election hacking and passed on Putin’s denials of interference.

Trump’s 180 on the summit came after a chaotic morning where his former personal attorney Michael Cohen pleaded guilty to lying to Congress about his business talks with Russia during the 2016 campaign.

A criminal information released by the government stated that Cohen made false statements about the number of times he spoke with Trump about the project – and that that it continued months beyond January 2016, when he had told Congress it had fizzled.

Indeed, email discussions included in the document discuss a pre-convention trip to Moscow by Cohen as well as a Trump trip ‘once he becomes the nominee after the convention.’

The information spells out the negotiations over a potential major Trump business deal in Russia at a time when Russians were hacking Democratic emails and when the candidate was calling for closer ties with Moscow.

Trump canceled the summit under the shadow of an international crisis of Moscow’s making. Russian military forces on Sunday attacked and seized three Ukrainian vessels that were trying to pass through the Kerch Strait, resulting in international condemnation.

But on Thursday he said the meeting was still on and he would receive a report on Air Force One about the incident with the Ukrainian ships.

‘I’m getting a full report on the plane in respect to what happened,’ he said.

Less than an hour after he boarded the plane, he tweeted the cancellation notice.

Sanctions on Russia for the 2014 incursion into Ukraine are still in place.

The meeting between the two leaders was to focus on security issues, arm controls issues, and regional issues including Middle East, National Security Adviser John Bolton told reporters at the White House on Tuesday.

But that agenda was released before the news of Cohen’s plea and the news that he had lied to lawmakers about how long his talks with Russia had gone on while Trump was seeking the Oval Office.

Cohen admitted in federal court that he misled federal lawmakers about a proposed deal to build a  Trump Tower project in Moscow – something he was working on in 2015 and 2016 while Trump was running for the White House.

Cohen has previously said the project was shelved in January 2016, but it extended until June of that year, throughout the entirety of the Republican presidential primary process.

President Trump bashed his former confidant as he left the White House, saying he’s ‘making up a story’ and ‘lying, very simply, to get a reduced sentence.’ 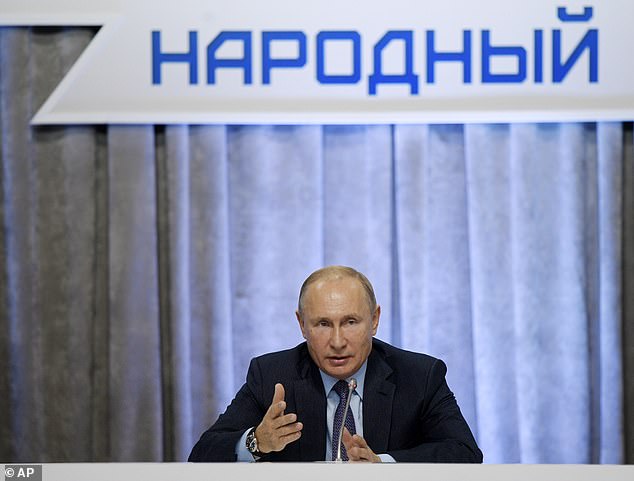 President Putin will meet with Trump on Saturday

‘He’s a weak person and not a very smart person,’ Trump told reporters, contending that ‘he’s trying to get a much lesser prison sentence by making up a story.’

Trump said that even if Cohen were telling the truth, ‘it doesn’t matter. Because I was allowed to do whatever I wanted during the campaign. I was running my business.’

Trump and Putin spoke briefly in France when both men were present for celebrations celebrating the 100th anniversary of the armistice ending World War I but they have not had a formal sit down since their July summit in Helsinki, where Trump made news for backing Putin’s assertion Moscow did not meddle in the 2016 presidential election, contradicting conclusions from U.S. intelligence agencies.

The president later walked back his remarks.