President Trump insists that those trying to enter the US from Mexico illegally won’t stand a chance against his border wall – that is, unless they’re an Olympic athlete.

Speaking from the Oval Office on Christmas Day, Trump said he’s already begun building the southern border wall, and it would be ‘very high,’ as high as 30 feet in some areas, making it impractical for most illegal immigrants to scale it.

‘There may be the case of an Olympic champion who can get over the wall,’ Trump told reporters. ‘But for the most part, you’re not able to do it.’

Trump took questions from reporters from the Oval Office on Christmas Day, saying the Mexico-US border wall would be as high as 30ft

Trump was at the White House this week, having cancelled his Florida holiday to be in Washington for the duration of the partial shutdown.

Some 800,000 federal workers have been affected by the shutdown. They have either been asked to work without pay or take an unpaid leave of absence for the duration of the dispute.

After he addressed members of the military on Christmas, he took questions on the border wall.

It was not immediately clear where in Texas the president is building his wall, as none of the legislation that has been approved since he took office explicitly gives him permission to build a brand new barrier on as much land as he says the contracts cover. 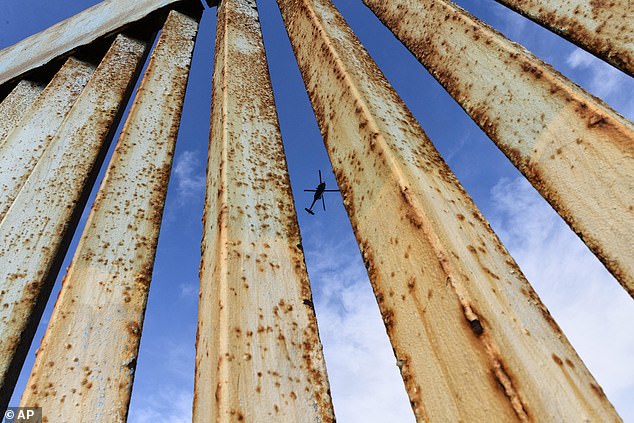 He is promoting a ‘steel slats’ fencing design, pictured is the US border fence seen from Tijuana, Mexico

There, he harped that Senate Democrats working against his wall had favored fencing — until he called it a wall and ran for office

He has permission to build and replace fencing in some areas and is asking for unfettered authority and at least $5 billion in taxpayer funds to complete the construction project.

The president said in the Oval Office on Tuesday that he is aiming to have 500 to 550 miles of wall either renovated or completed by Election Day in 2020.

‘That’s for everything,’ Trump said of the larger pot on Tuesday morning. ‘Plus we have some wall money in there. But, we want the wall money to be increased. Because I want to finish it.’ 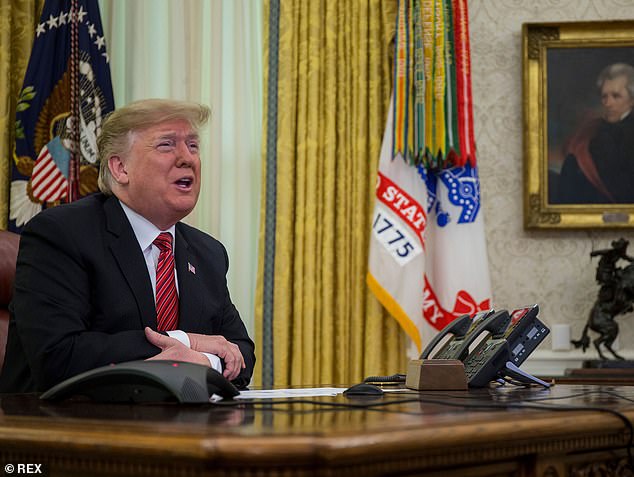