And he hints a trade war could be the result given that the regulations include ‘unnecessary barriers to trade.’

If that happens it would be an additional front in a global trade war the President Donald Trump administration could find itself waging. 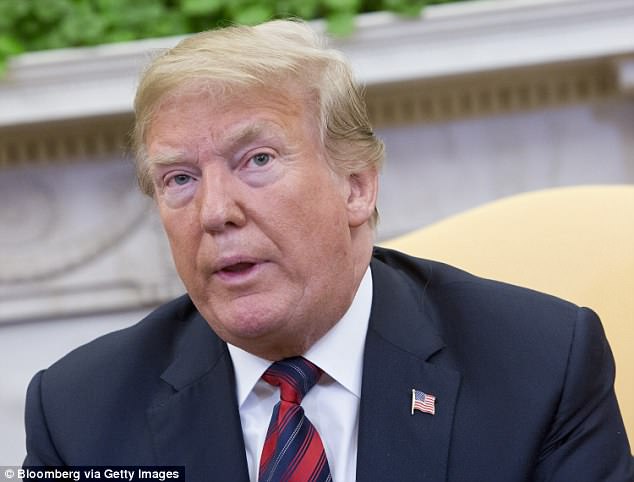 Commerce Secretary Wilbur Ross hints a trade war could be the result of new EU privacy laws given that the regulations include ‘unnecessary barriers to trade.’ If that happens it would be an additional front in a global trade war the President Donald Trump administration could find itself waging.

The General Data Protection Regulation, or G.D.P.R., went into effect in the European Union on Friday, making Europe the world’s leading tech watchdog.

The GDPR and its sister law the ePrivacy Regulation are seen as the next regulatory battleground in Europe.

Ross warned in an op-ed in the Financial Times on Wednesday that the new privacy guidelines ‘will force big changes in the way U.S. and European companies do business.’

He added: ‘We do not have a clear understanding of what is required to comply.’

Ross complained the regulations are too ‘vague’ and implored EU authorities to ‘provide clearer rules and a more predictable regulatory environment to support investment and innovation.’

Several countries and companies have criticized the laws for being too vague in its requirements with some big corporations, such as Facebook, taking a deliberately minimalist approach when it comes to complying with the new regulations.

Ross warned of multiple disruptions in service that could come under the new laws.

He offered specific examples of how business could be affected, including a warning that the Centers for Disease Control and Prevention ‘could be restricted in sharing information with European counterparts while responding to the outbreak of diseases such as Ebola’ and that the US Postal Service ‘believes the new rules will prevent EU postal operators from providing the personal data on individuals it needs to process inbound mail,’ which means there could be no mail delivery.

The commercial stakes are high when it comes to trade with Europe.

American businesses exported $283 billion of goods to the EU last year, The Washington Post reported, more than twice the total they shipped to China, while customers in the U.S. purchased nearly $435 billion in products from European companies. 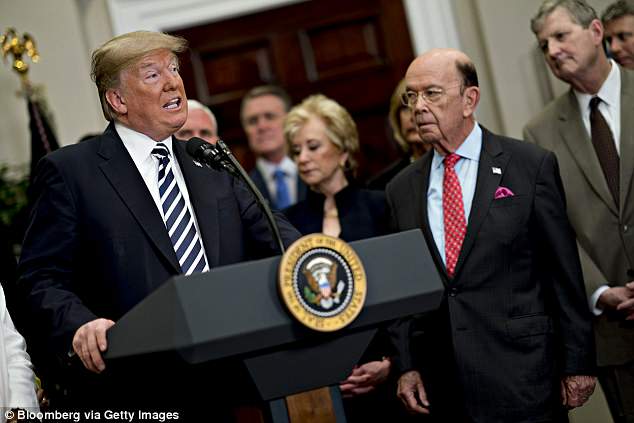 Commerce Secretary Wilbur Ross, pictured here with Donald Trump, warned the EU that its new privacy law is too vague, telling officials that ‘We do not have a clear understanding of what is required to comply.’

On Friday, the EU’s exemption from U.S. steel and aluminum tariffs expires and there have been no signs from the administration it plans to grant an extension – despite pleas from EU officials.

Ross is scheduled to meet with EU Trade Commissioner Cecilia Malmstrom in Paris on Wednesday to talk about the steel and aluminum tariffs.

Ross noted that the administration supports the goal of protecting personal data online but added it must take ‘into account the regulatory, scientific, and commercial needs of all our countries.’

Trump’s commerce secretary also pointed out that small businesses will have to spend heavily in order to comply with the new regulations and that US companies in general ‘have already invested billions of dollars.’

Companies also updated their privacy policies to comply with European regulations, which led to a rash of emails to consumers noting the update.

The ePrivacy Regulation specifically protects the confidentiality of electronic communications and in its current form would require companies like Skype and What’s App to obtain people’s explicit permission before collecting data.