White House chief of staff John Kelly is being considered for the spot of Veterans Affairs secretary after the president’s last pick withdrew his nomination, according to a report.

Trump fired Veterans Affairs Secretary David Shulkin in March, which prompted reports that Kelly was frustrated with the president over Shulkin’s ouster.

The president then nominated US Navy Rear Adm. Ronny Jackson to fill the spot of Veterans Affairs (VA) Secretary. However, Jackson’s track record was called into question this week by the Senate Veterans’ Affairs Committee.

Ranking Committee member, Democratic Sen. Jon Tester, alleged that Jackson had a dubious record of prescribing medication, and alleged he drank on the job. Those allegations ended with Jackson withdrawing his consideration for the position.

White House chief of staff John Kelly (pictured) is reportedly being considered for the still vacant head of Veterans Affairs, after US Navy Rear Adm. Ronny Jackson withdrew from the president’s nomination over scandalous allegations were levied against him 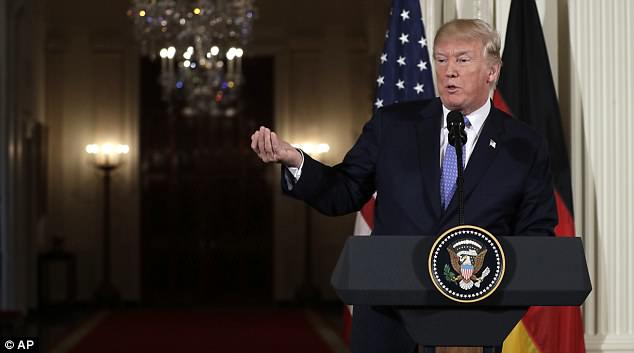 President Trump has reportedly had a contentious relationship with Kelly as of late, with reports swirling that he wants the chief of staff out. Sources close to Trump say the still open position for VA head would get Kelly out of the White House without embarrassing him

Now, after reports of Trump’s dissatisfaction with Kelly in his position as Chief of Staff, Vanity Fair reveals that sources close to Trump say he is considering Kelly for the still vacant Veterans Affairs Secretary position.

‘They’re looking for a place for Kelly to land that won’t be embarrassing for him,’ one Republican source told Vanity Fair.

In early April, the Washington Post said Kelly’s relationship with the president was on it’s last leg.

Three sources described to the Post an incident, in which Kelly received a pep talk from Defense Secretary Jim Mattis and Homeland Security Secretary Kirstjen Nielsen, in the aftermath of Trump’s decision to fire Shulkin.

‘I’m out of here, guys,’ Kelly said at the time, comments that were interpreted by some as a resignation threat, though one administration official told the Post that the chief of staff was simply leaving the office early.

However, other sources said Kelly frequently threatens to resign, although typically they are threats made in the moment, and of course not-as-of-yet followed through on.

Kelly was brought into the White House to help establish order in Trump’s chaotic West Wing.

However, Kelly found himself smack dead in the middle of the Rob Porter scandal, when DailyMail.com revealed the aide had allegedly physically abused his ex-wives.

Kelly has admitted he mis-handled information that he was previously made aware of about Porter, before they came to light publicly.

If Kelly does land the VA spot, it could be the biggest challenge of his career yet. 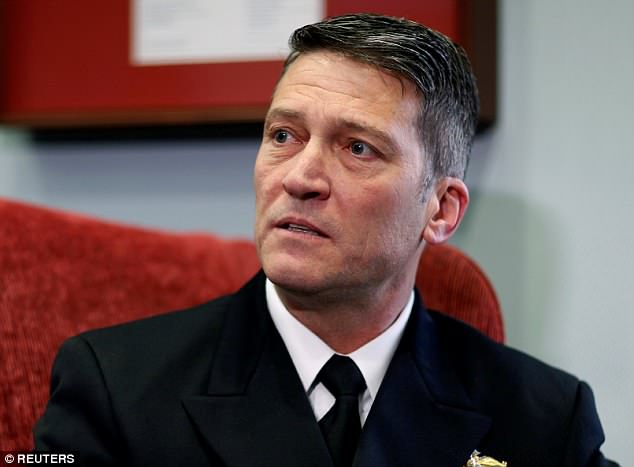 Ronny Jackson (pictured), President Donald Trump’s nominee, withdrew himself for consideration to head up the VA

The VA is the second largest agency in the US government, serving over nine million veterans for their medical and educational needs every year.

The complex organization is often criticized for lacking efficiency with scandals relating to accusations of inadequate care plaguing the department.

Numerous secretaries have been forced out over the years, with previous calls for the agency to be privatized.

A White House spokesperson denied that Kelly was being considered for VA secretary, according to Vanity Fair.