President Donald Trump announced on Saturday that the Syrian city of Raqqa has been liberated from ISIS fighters following a military campaign led by US-backed rebels.

‘I am pleased to announce that the Syrian Democratic Forces, our partners in the fight against ISIS in Syria, have successfully recaptured Raqqa,’ the President said in a statement.

‘Together, our forces have liberated the entire city from ISIS control,’ he added.

A member of the Syrian Democratic Forces (SDF), backed by US special forces, holds up his group’s flag at the iconic Al-Naim square in Raqqa on October 17, 2017 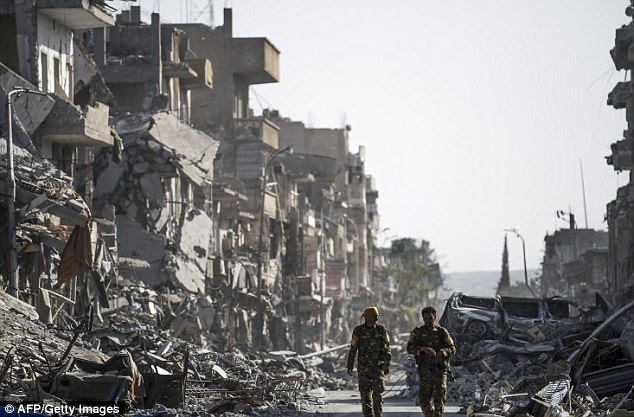 Fighters of the Syrian Democratic Forces (SDF) walk down a street in Raqqa past destroyed vehicles and heavily damaged buildings on October 20, 2017

Raqqa, located on the northeast bank of the Euphrates river about 99 miles east of Aleppo, was known as the ISIS’s defacto capital after it captured the city in 2014.

‘The defeat of ISIS in Raqqa represents a critical breakthrough in our worldwide campaign to defeat ISIS,’ he continued.

‘With the liberation of ISIS’s capital and the vast majority of its territory, the end of the ISIS caliphate is in sight.’

US backed rebels were able to retake the territory after fighting for 130 days, braving intense gun battles and deadly booby traps set by the jihadists militants. 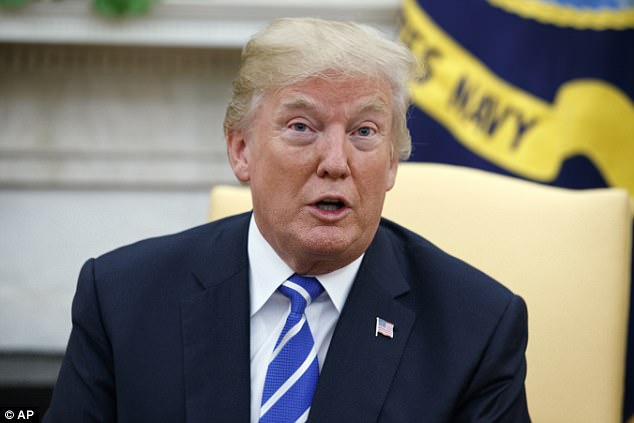 The US said that it will now enter a ‘new phase’ in securing stability in the area, emphasizing cooperation with local security forces, deescalating violence across Syria and advancing ‘the conditions for lasting peace,’ according to The Hill.

‘Together, with our allies and partners, we will support diplomatic negotiations that end the violence, allow refugees to return safely home, and yield a political transition that honors the will of the Syrian people,’ Trump said.

Trump also boasted that US military forces were able to make more progress against ISIS and its ‘spread of hateful ideology’ in the first nine months of his presidency than his predecessor, Barack Obama, had in the last years of his administration.

Still, US military personnel on the ground stopped short of declaring the campaign a complete victory, saying that ‘more than 90 percent’ of the city was in the control of American rebel allies such as Syrian Democratic Forces and Kurdish militias. 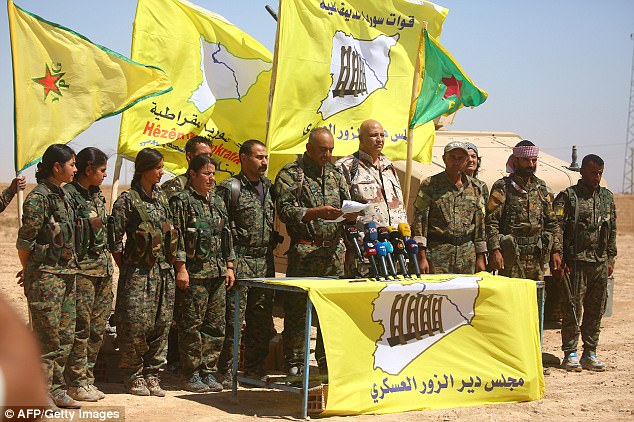 Ahmad Abu Khawlah (5th-R), chief of the Deir Ezzor Military Council (DEMC) — a coalition of Arab tribes and fighters that belongs to the broader US-backed Syrian Democratic Forces — speaks during a press conference 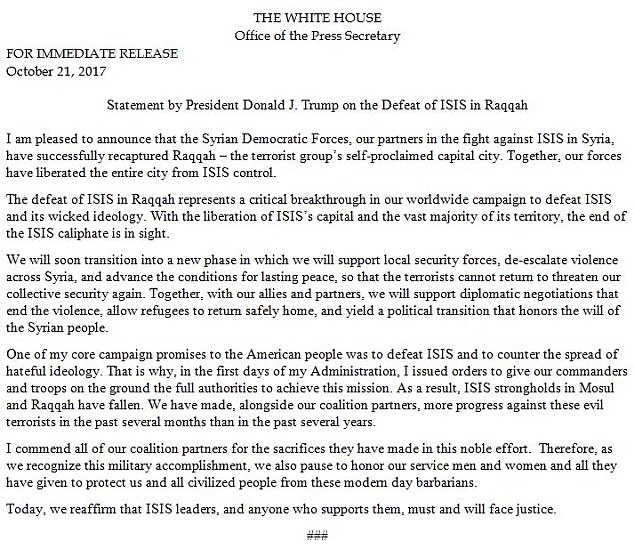 US military personnel on the ground stopped short of declaring a complete victory, saying that ‘more than 90 percent’ of the city was in the control