President Trump is demanding a judge toss out Stormy Daniels’s defamation suit against him claiming he is protected by free speech, DailyMail.com can reveal.

In a motion to dismiss filed on Monday, the president argues that his April 2018 tweet in which he branded Daniels a liar after she alleged she was threatened by man on his behalf, is his ‘protected opinion.’

‘Politicians, in the course of public debate, are entitled to enter the debate and express their beliefs, including their disbeliefs, of the claims of their adversaries,’ the suit states.

The motion goes on to say that Trump’s comments about Daniels are no different to when he has ‘expressed his opinions regarding multiple adversaries, sometimes referring to his opponents by colorful names such as “Lyin’ Ted” and “Crooked Hillary.”‘ 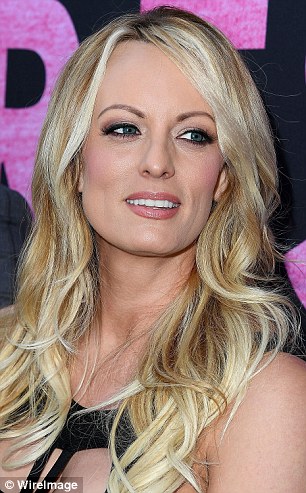 Court documents obtained exclusively by DailyMail.com reveal Trump has filed a motion to dismiss Stormy Daniels’s defamation suit against him

‘A defamation standard that turns typical political rhetoric into actionable defamation would chill expression that is central to the First Amendment and political speech,’ the suit states.

Daniels, real name Stephanie Clifford, filed the suit in April, claiming the president tried to tarnish her reputation and credibility after he dismissed her allegations as a ‘total con job.’

The lawsuit is only a small part of the ongoing saga between Trump and Daniels, who claimed she was paid $135,000 in hush money by attorney Michael Cohen before the election to stop her airing her claims of sex with the then presidential candidate in 2006.

Daniels later appeared on an episode of The View to show the sketch of a man she says threatened her in 2011 to stay silent for trying to sell her story then.

Trump later weighed in on the claims on Twitter, mocking the courtroom artist’s sketch and saying: ‘A sketch years later about a nonexistent man. A total con job, playing the Fake News Media for Fools (but they know it)!’ 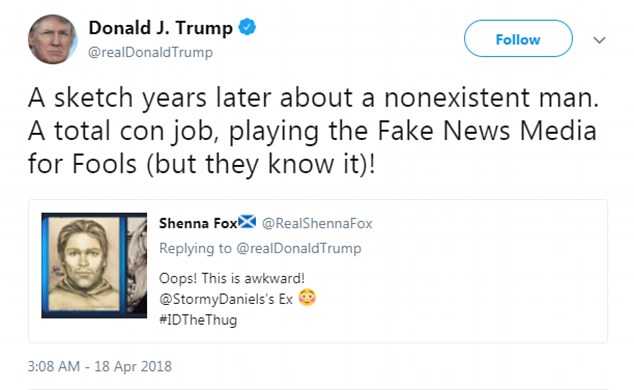 In the new court filing, Trump attorney Charles J Harder also argued that Daniels and her lawyer Michael Avenatti have ‘publicly attacked’ the president in more than 140 television news appearances in the past five months.