Trump digs at Democrats for ‘Presidential Harassment’ as shutdown continues

President Trump is still in the White House as the partial government shutdown rolls into its seventh day with a deal between the president and the Democrats appearing far from reach.

Trump took to Twitter on Saturday to explain why he did not get his bill for the wall to pass through the Senate.

‘For those that naively ask why didn’t the Republicans get approval to build the Wall over the last year, it is because IN THE SENATE WE NEED 10 DEMOCRAT VOTES, and they will gives us ”NONE” for Border Security! Now we have to do it the hard way, with a Shutdown. Too bad! @FoxNews,’ he wrote.

In an earlier tweet, he lamented about his time spent in Washington DC over the holidays, as he missed Christmas the rest of his family in Mar-a-Lago and is likely to stay in the White House through the new year, while adding the Democrats are ‘spending so much time on Presidential Harassment’ and have left important tasks fall by the wayside. 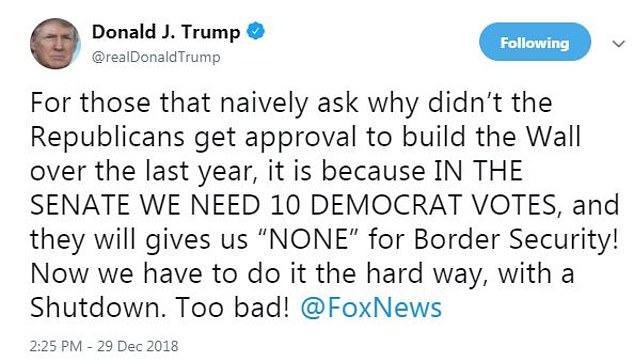 Cooped up in the White House after cancelling his planned vacation to his private Florida club, Trump tweeted that he’s ‘waiting for the Democrats to come on over and make a deal on Border Security.’

‘I am in the White House waiting for the Democrats to come on over and make a deal on Border Security,’ he wrote. ‘From what I hear, they are spending so much time on Presidential Harassment that they have little time left for things like stopping crime and our military!’

But there has been little direct contact between either side during the stalemate, and Trump did not ask Republicans, who hold a monopoly on power in Washington for another five days, to keep Congress in session.

The president did leave the White House on Friday night to join the three men at the center of the negotiations, Vice President Mike Pence, Trump’s senior adviser and son-in-law Jared Kushner and acting chief of staff Mick Mulvaney, for dinner at Pence’s residence at the Naval Observatory.

The effects to the public of the impasse grew as the Environmental Protection Agency, which had the money to function a week longer than some agencies, implemented its shutdown plan at midnight Friday night.

EPA spokeswoman Molly Block said many of the agency’s 14,000 employees were being furloughed, while disaster-response teams and certain other employees deemed essential would stay on the job.

Also running short on money: the Smithsonian Institution, which said its museums and galleries popular with visitors and locals in the capital will close starting midweek if the partial shutdown drags on. But federal flood insurance policies will continue to be issued and renewed, in a reversal prompted by pressure from lawmakers, said Republican Sen. Marco Rubio of Florida. 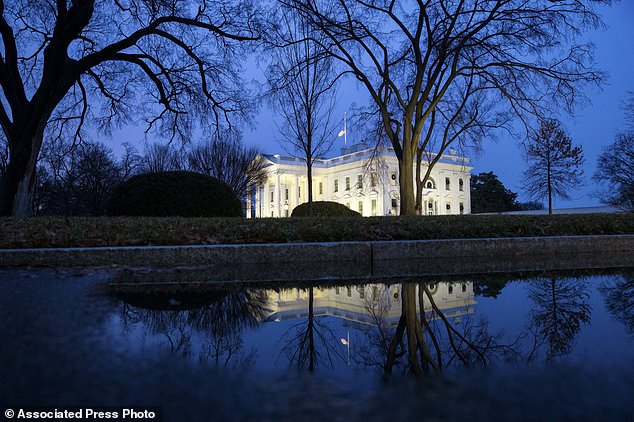 The partial government shutdown will almost certainly be handed off to a divided government to solve in the new year, as both parties traded blame 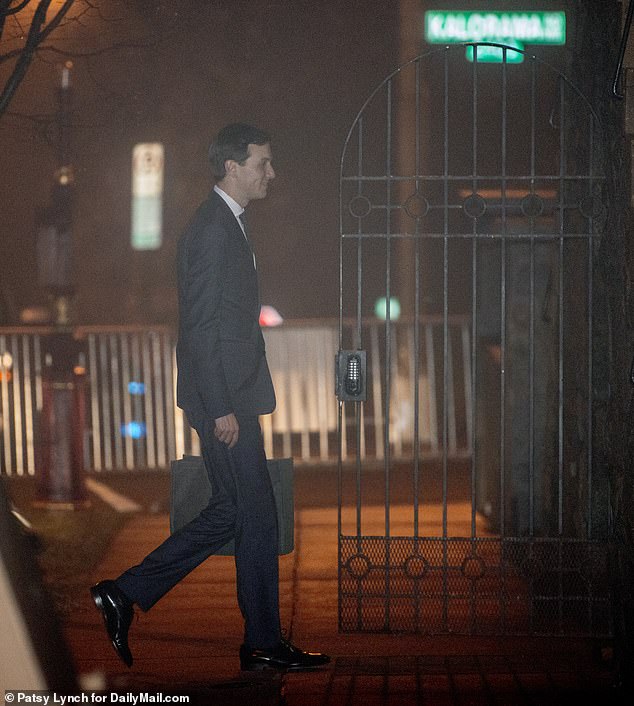 Trump appeared no closer to securing money for his signature border wall, which he vowed during the campaign that he would make Mexico pay for. He’s failed to do so. Now Democratic leaders are adamant that they will not authorize money for the project, calling it wasteful and ineffective. They show no signs of bending, either.

Trump tweeted: ‘We will be forced to close the Southern Border entirely if the Obstructionist Democrats do not give us the money to finish the Wall & also change the ridiculous immigration laws that our Country is saddled with.’ He also threatened to cut off U.S. aid to El Salvador, Guatemala and Honduras, among countries he deems have not done enough to combat illegal immigration.

He’s made similar threats in the past without following through, and it is Congress, not the president, that appropriates aid money.

The shutdown is forcing hundreds of thousands of federal workers and contractors to stay home or work without pay.

Trump’s incoming chief of staff, Mick Mulvaney, said Democrats are no longer negotiating with the administration over an earlier offer by the White House to accept less than the $5 billion Trump wants for the wall.

Democrats said the White House offered to accept $2.5 billion for border security, but that Senate Democratic leader Chuck Schumer told Vice President Mike Pence that it wasn’t acceptable. It was also not guaranteed that Trump would settle for that amount.

‘There’s not a single Democrat talking to the president of the United States about this deal,’ Mulvaney said Friday

Speaking on Fox News and later to reporters, he tried to drive a wedge between Democrats, pinning the blame on House Democratic leader Nancy Pelosi. 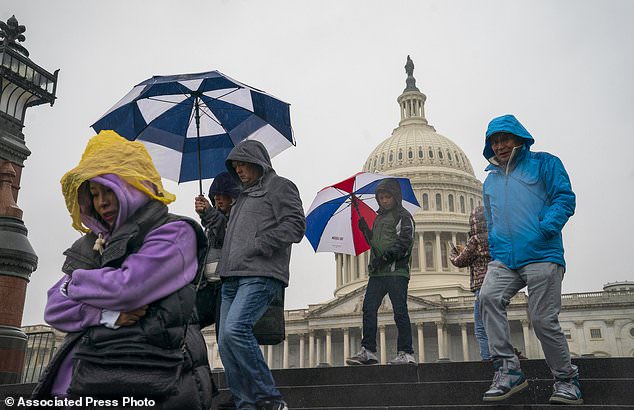 Tourists arrive to visit the U.S. Capitol on a rainy morning in Washington, Friday, December 28 during a partial government shutdown

Mulvaney said Schumer was ‘really interested in doing a deal and coming to some sort of compromise’ but he understood that Pelosi was at risk of losing the speakership of the House if she went along. ‘So we’re in this for the long haul,’ he said.

In fact, Pelosi has all but locked up the support she needs to win the speaker’s gavel Thursday and there has been no sign that she and Schumer are in conflict.

‘For the White House to try and blame anyone but the president for this shutdown doesn’t pass the laugh test,’ said Justin Goodman, a spokesman for Schumer.

Pelosi has vowed to pass legislation to reopen the nine shuttered departments and dozens of agencies now hit by the partial shutdown as soon as she takes the gavel, which is expected when the new Congress convenes. But that alone won’t solve the shutdown, absent Senate approval and Trump’s signature.

Pelosi spokesman Drew Hammill added that Democrats united against the wall and won’t seriously consider any White House offer unless Trump backs it publicly because he ‘has changed his position so many times.’

‘We are always seeking a good relationship with the United States. We do not want to be rash,’ he said.

As for EPA, workers needed for preventing immediate public health threats at more than 800 Superfund hazardous-waste sites will remain on the job as well as emergency response workers for disasters. 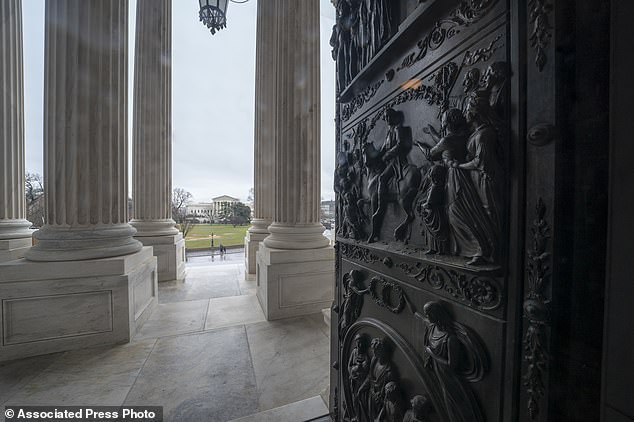 The ornate doors to the Senate are seen at the Capitol in Washington, Friday, Dec. 28, 2018, during a partial government shutdown