A Trump Organization executive has had a wrench thrown in her big day by her groom’s alleged mistress.

But before the ceremony, wedding guests learned of an alleged affair between Perlon and Vegas bottle waitress Mayra Angel, according to Page Six .

Just hours before the pomp and circumstance Mayra took to Instagram, posting salacious photos of her with the groom from their alleged affair – using the couple’s wedding hashtag for all of the guests to see. 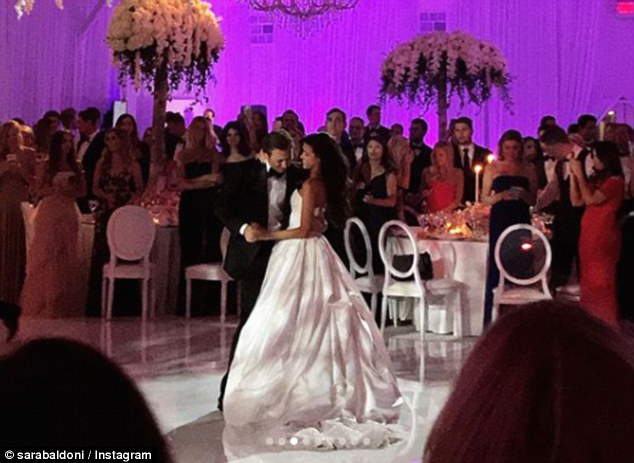 The profile picture of the account shows a man (presumed to be Perlson) grabbing what appears to be Angel’s breasts as she flashes a ‘C’ tattoo. All photos have been deleted by Instagram

Angel alleges she had an affair with Perlson months before the wedding.

Her Instagram account @a.summer.affair has ‘adventures with c.’, meaning Cory, in the bio followed by a heart.

The profile picture of the account shows a man (presumed to be Perlson) grabbing what appears to be Angel’s breasts as she flashes a ‘C’ tattoo on her ribcage.

The bottle girl posted photos that she claims are proof of the affair and used not only the couple’s wedding hashtag #theperlsons, but also geotagged each photo with the wedding venue, according to Page Six.

Despite the shocking revelation, the ceremony went on as scheduled and the two were wed. 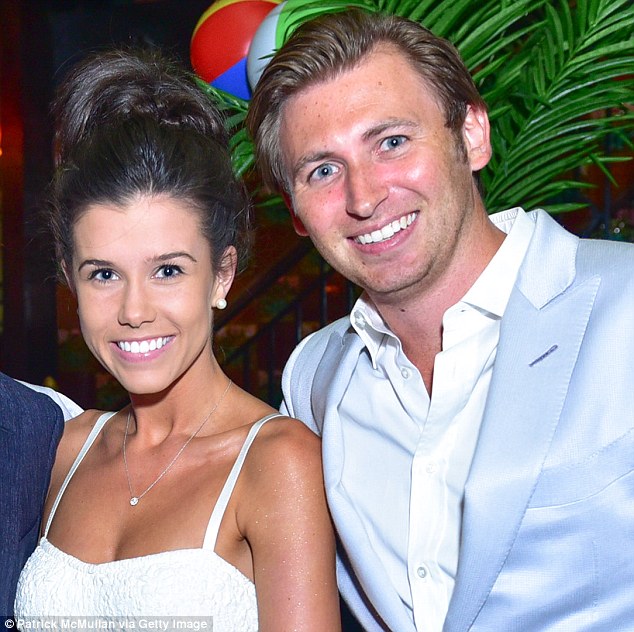 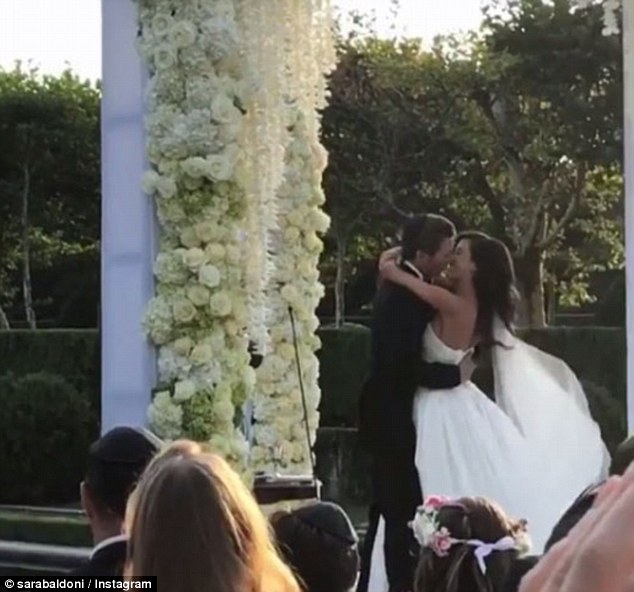 Despite the shocking revelation, the two were married in a lavish ceremony on Long Island

All the while, Perlson, the son of laundry mogul Gary Perlson, vehemently denies the allegations of a sexual relationship with Angel.

However, sources close to the couple say he met the bottle girl three months ago and the two only met each other on three occasions.

Perlson’s attorney tells Page Six that he has filed a restraining order against the woman and is pursuing criminal charges.

‘I have not done anything illegal whatsoever,’ Angel tells Page Six. ‘Nothing I have said has been false information, nor did I try to extort Cory at any point.’ 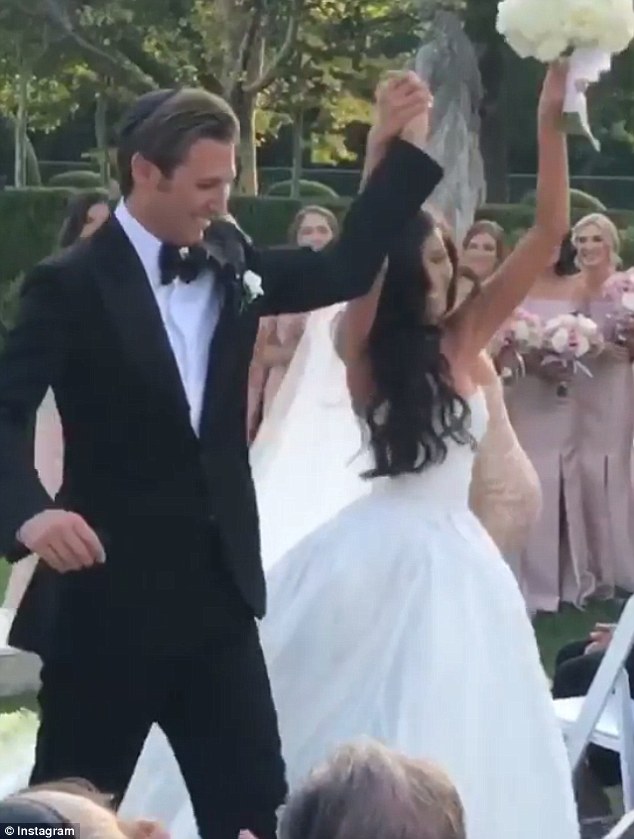