He then named Environmental Protections Agency Inspector General Sean O’Donnell to monitor the coronavirus relief efforts as the temporary Pentagon watchdog in addition to his current role.

‘Mr. Fine is no longer on the Pandemic Response Accountability Committee,’ spokeswoman for the Pentagon inspector general’s office, Dwrena Allen confirmed to Politico.

Instead, she added, Fine will return to his Senate-confirmed post as principal deputy inspector general at the Department of Defense.

By removing Fine from his post at the Pentagon, the president also ended his role overseeing implementing the stimulus package into law since only current inspector generals can fill that position.

Several Democrats have criticized Trump for his decision to remove Fine in the middle of him putting the $2.2 trillion CARES Act into effect to help stimulate the economy and relieve Americans affected by the coronavirus outbreak. 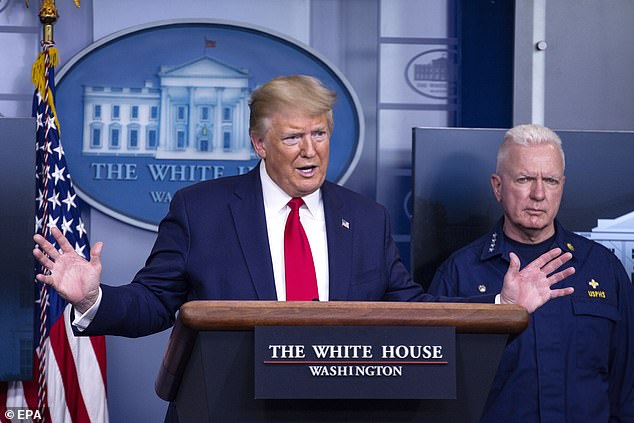 Trump’s decision came as Fine was put in charge of implementing the $2.2 trillion coronavirus relief package into law 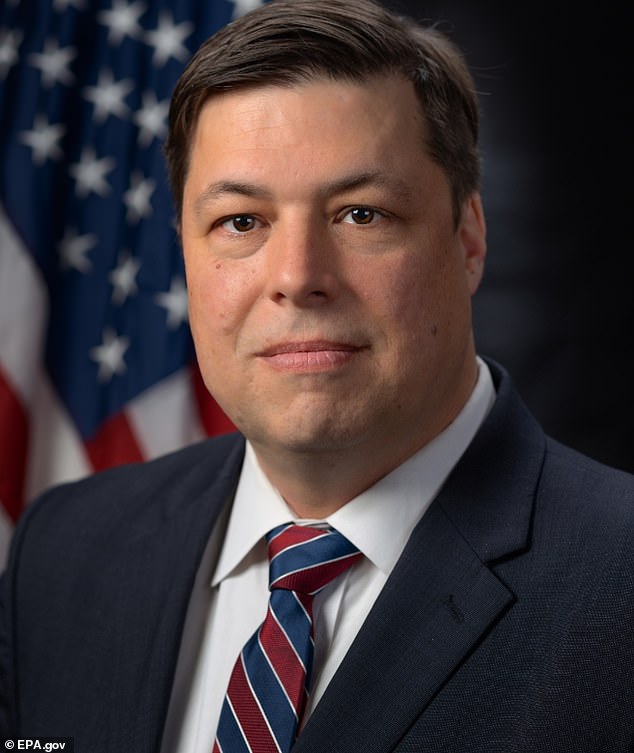 Instead, Environmental Protection Agency Inspector General Sean O’Donnell (pictured) will take over that role as acting Pentagon inspector general – on top of his currently duties

‘President Trump is abusing the coronavirus pandemic to eliminate honest and independent public servants because they are willing to speak truth to power and because he is so clearly afraid of strong oversight,’ Senate Majority Leader Chuck Schumer accused in a statement Tuesday afternoon.

‘President Trump’s corrupt action to sideline Acting Inspector General Glenn Fine, who was newly-appointed as chair of the Pandemic Response Accountability Committee, only strengthens Democrats’ resolve to hold the administration accountable and enforce the multiple strict oversight provisions of the CARES Act,’ he continued.

Trump has also issued a series of attacks against Health and Human Services Inspector General Christi Grimm, signaling she could be the next to go.

The criticism comes after a report from her office revealed widespread testing delays for coronavirus and supply issues at hospitals. 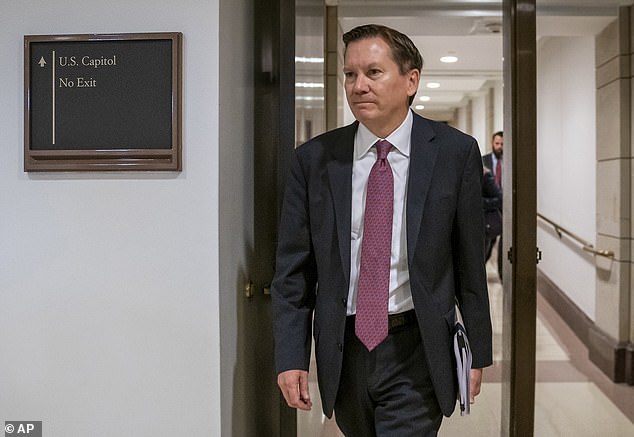 ‘Why didn’t the I.G., who spent 8 years with the Obama Administration (Did she Report on the failed H1N1 Swine Flu debacle where 17,000 people died?), want to talk to the Admirals, Generals, V.P. & others in charge, before doing her report,’ Trump tweeted Tuesday.

‘Another Fake Dossier!’ he accused.

Grimm has been serving as a federal watchdog since 1999.

‘Inspectors General are charged with doing independent oversight and exposing corruption,’ the once lead Democrat of Trump’s impeachment investigation continued. ‘Their job is to uncover the truth. Exactly why Trump fears them.’