President Donald Trump let first lady Melania Trump do the honors and light the National Christmas on Wednesday evening as some members of the Trump family looked on.

‘Let’s light the tree. The first lady will do the honors,’ he said, gesturing to his wife, standing next to him in a white coat with a white turtle neck underneath, white leather gloves, white boots, and with her hair in an updo.

Melania Trump was wearing her coat – a $4,150 Max Mara Beaver Belted Wrap Coat – instead of draping it over her shoulders – one of her signature fashion moves – in the 35 degree weather. 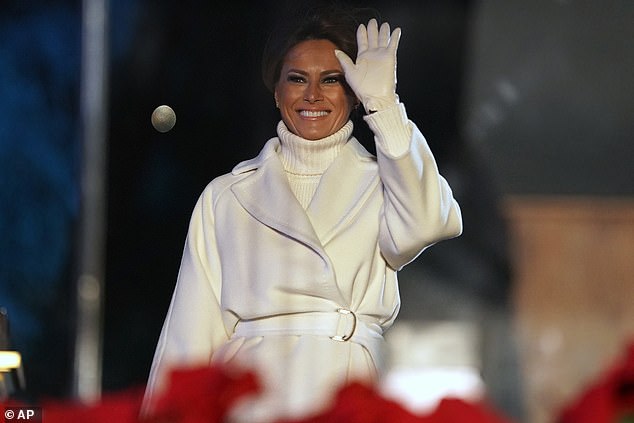 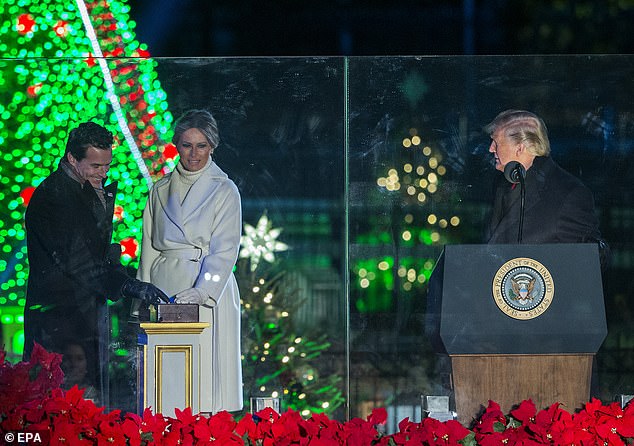 Host Antonio Sabato Jr. helped the first lady light the tree while the president looks on

At last year’s Christmas tree lighting, Donald Trump Jr. was joined by his wife Vanessa and their family.

Host Antonio Sabato Jr. introduced the first couple for their ceremonial duty of lighting the tree.

The first couple then walked off the stage – with the president helping the first lady down the stairs – and presumably sat down in seats with the Trump family.

Lighting the National Christmas Tree is one of the presidency’s oldest traditions. 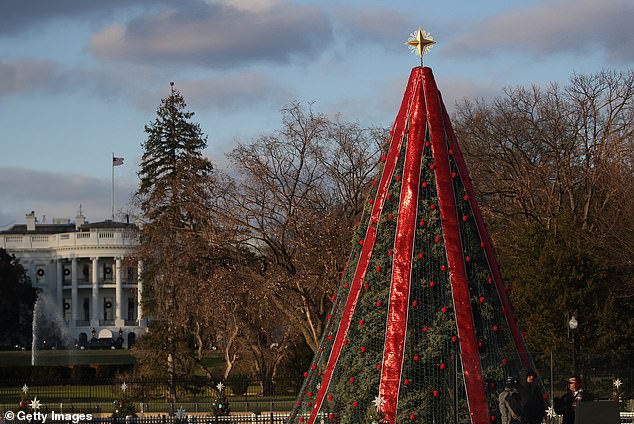 The National Christmas Tree on Wednesday before the lighting ceremony 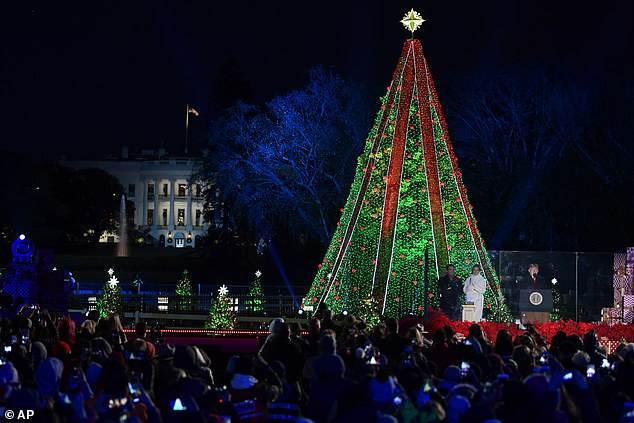 The tree after the first lady lit it 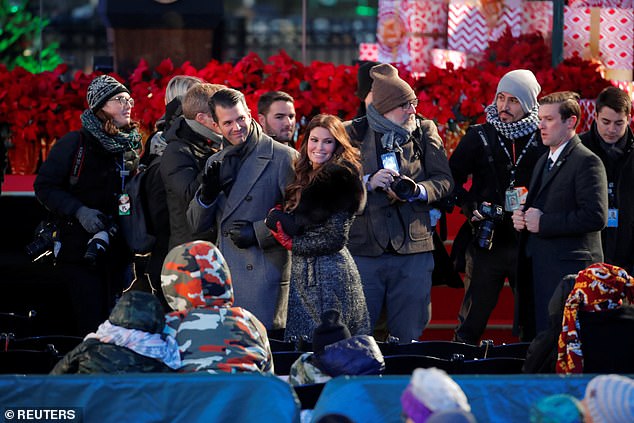 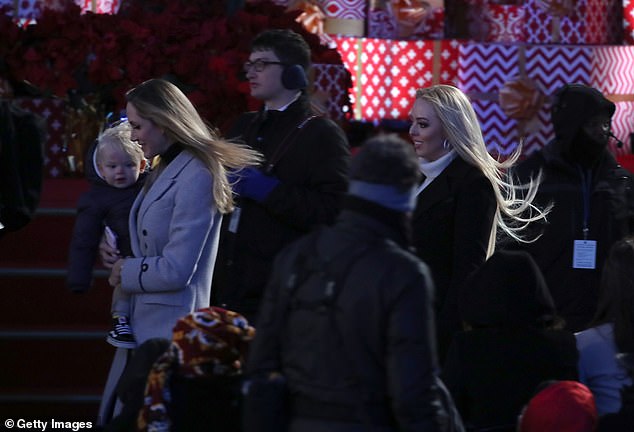 Lara Trump attended the tree lighting with her son; Tiffany Trump walked in behind her

The first lighting took place 96 years ago on Christmas Eve in 1923, when President Calvin Coolidge lit a Christmas tree in front of 3,000 spectators on the Ellipse of the White House). Since then, each succeeding president has carried on the tradition.

This year’s ceremony was hosted by Antonio Sabàto Jr., a longtime Trump supporter who spoke at the Republican National Convention.

Singer Abby Anderson was one of the performers.

The National Christmas Tree is a living Colorado blue spruce from Virginia, which can be seen year-round in President’s Park, the grassy area adjacent to the White House grounds.

Surrounding the National Christmas Tree are 56 smaller trees with one-of-a-kind ornaments, representing every U.S. state, territory and the District of Columbia.

Schools from around the country contributed ornaments.

The National Tree’s official twitter account shared pictures of them and the students who worked on them. 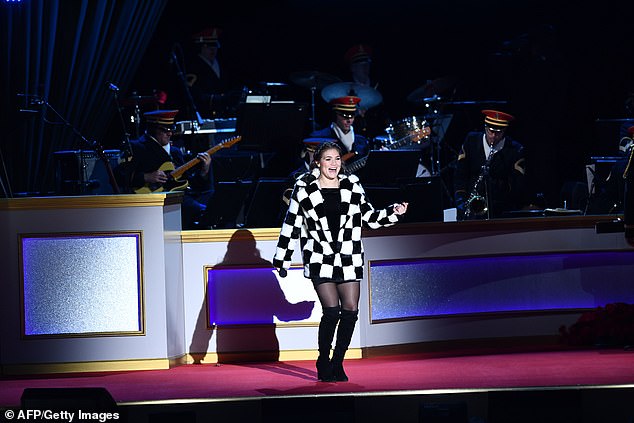 Abby Anderson performs during the lighting of the National Christmas Tree 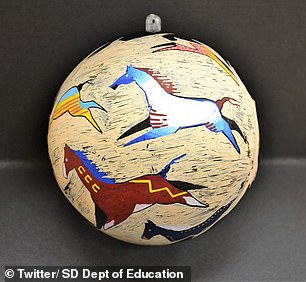 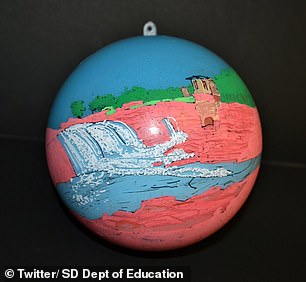 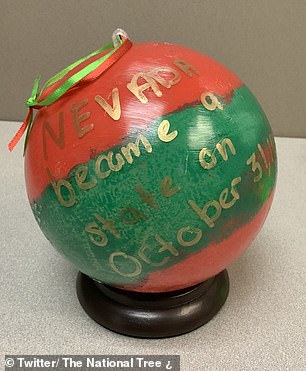 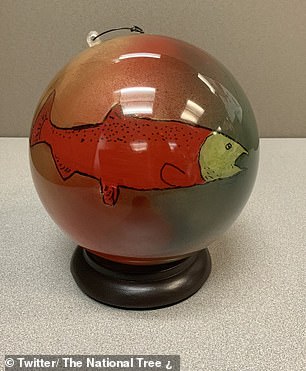 Students in Roosevelt High School in Sioux Falls painted ornaments to represent South Dakota. The ornaments were painted with items the state is known for including horses, cattle, flowers and rivers.

Students in Norfolk, Va., contributed ornaments that feature the Virginia state seal and a bright-red cardinal.

Students in Nevada included the date their state joined the union on their ornament while Alaska’s ornament has a fish.