The legislation by Sens. Bill Cassidy of Louisiana and Lindsey Graham of South Carolina would repeal major pillars of former President Barack Obama’s health law, replacing them with block grants to states to design their own health care programs. Majority Leader Mitch McConnell is trying to round up 50 votes to pass the legislation before Sept. 30, when special rules preventing a Democratic filibuster will expire.

“We think this has a very good chance, Obamacare is only getting worse,” Trump told reporters covering the U.N. General Assembly meeting in New York. “At some point the Senate is going to be forced to make a deal.”

By his reckoning, “we’re at 47 or 48 already, senators, and a lot of others are looking at it very positively.”

Trump’s comments came several hours after McConnell’s office announced that the majority leader’s “intention” is to bring the legislation to the Senate floor next week, a question McConnell was noncommittal on a day earlier. After the embarrassing defeat of an earlier repeal bill in July, some Republicans believe McConnell would bring a bill to the floor only with the votes in hand.

In a Senate split 52-48 between Republicans and Democrats, McConnell has little room for error. GOP Sen. Rand Paul of Kentucky has already announced his opposition, saying the bill doesn’t do enough to repeal “Obamacare,” while moderate Republican Sen. Susan Collins of Maine is also seen as a likely “no” vote.

With Democrats unanimously opposed, McConnell cannot afford to lose even one more Republican senator. The focus is on Sens. John McCain of Arizona and Lisa Murkowski of Alaska, both of whom opposed earlier versions of repeal legislation. This time may be McCain because his closest friend in the Senate, Graham, is a co-author of the bill.

One leading Republican, Chuck Grassley of Iowa, voiced pessimism Wednesday in a phone interview with home-state reporters, saying glumly: “I think we’re one or two votes short and I don’t see those other votes coming and I hope I’m wrong.”

Trump touched on one of the most contentious aspects of the bill in a tweet Wednesday night, asserting: “I would not sign Graham-Cassidy if it did not include coverage of pre-existing conditions. It does! A great Bill. Repeal & Replace.”

Whether it truly does protect people with pre-existing health problems is fiercely under debate.

Cassidy defended the health care bill against criticism from late-night TV host Jimmy Kimmel, who jumped into the debate after his son was born with a congenital heart defect in April.

“I am sorry he does not understand,” Cassidy said of Kimmel on CNN, arguing that his bill would in fact protect people with pre-existing conditions, a claim that leading health advocacy groups dispute. “I think the price will actually be lower.”

“This guy Bill Cassidy just lied right to my face,” Kimmel said on his ABC show Tuesday night, referring to Cassidy’s promises to Kimmel and others that his health bill would pass the “Jimmy Kimmel test.” Cassidy coined the phrase to mean that people with pre-existing conditions would have protections and not face lifetime caps on coverage from insurers.

“We can’t let ’em do this, to our children and our senior citizens and our veterans, or to any of us,” said Kimmel.

Under Cassidy’s legislation states would have wide latitude in creating their own health systems and requirements, and would be able to seek waivers from certain mandates including those related to coverage for people with pre-existing conditions. The bill does say that coverage must remain “adequate and affordable” for those with pre-existing conditions. But because those terms are not defined, critics fear that insurers could jack up prices beyond many people’s ability to pay.

The AARP and the American Medical Association are among those arguing against the bill, along with a bipartisan group of governors, including Alaska’s Bill Walker, an independent. New Jersey Gov. Chris Christie, a Trump ally during the campaign, said Wednesday he opposes the bill.

In its letter of opposition, the AMA wrote that the bill “does not take steps toward coverage and access for all Americans, and while insurers are still required to offer coverage to patients with pre-existing conditions, allowing states to get waivers to vary premiums based on health status would allow insurers to charge unaffordable premiums based on those pre-existing conditions.”

Cassidy disputed such analyses, saying they come from “those who wish to preserve Obamacare, and they are doing everything they can to discredit the alternative.”

If the bill does pass, Speaker Paul Ryan will try to move it through the House as-is, and straight to the president’s desk. Yet success would hold uncertain political consequences as the legislation’s unpredictable ramifications, certain to be harmful for some, unfurl over the years.

Democrats made their opposition clear. 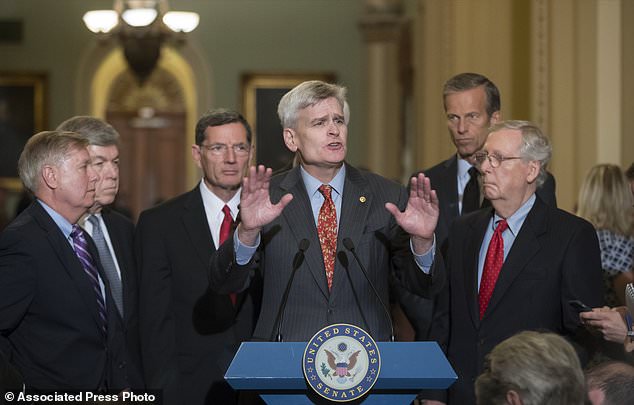 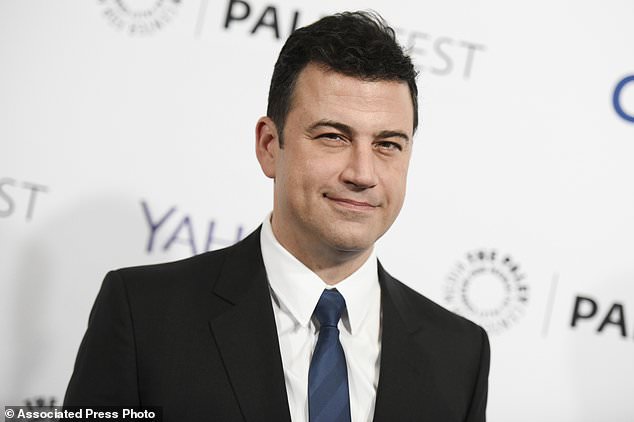 FILE – In this March 8, 2015, file photo, Jimmy Kimmel arrives at the 32nd Annual Paleyfest : “Scandal” held at The Dolby Theatre in Los Angeles. Kimmel said on Sept. 19, 2017, that Republican Sen. Bill Cassidy “lied right to my face” by going back on his word to ensure any health care overhaul passes a test the Republican lawmaker named for the late night host. (Photo by Richard Shotwell/Invision/AP, File) 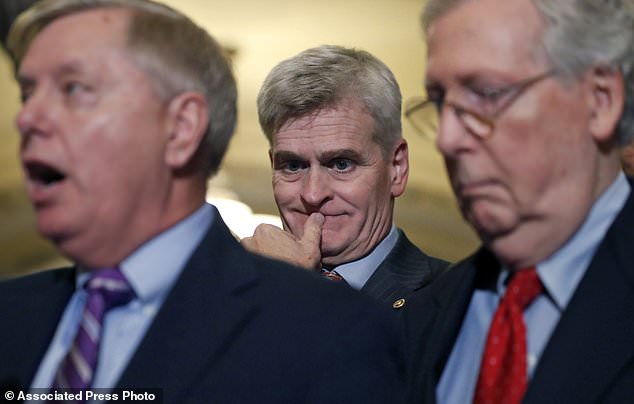