Donald Trump’s approval rating hit a high in a Monday Marist Poll – the first following more than a week of attacks claiming he’s ‘racist’ after an ongoing confrontation with four minority congresswomen.

The NPR and PBS NewsHour poll has the president at 44 per cent approval among adults in American from July 15-17, which is 3 per cent more than last month, and 52 per cent disapproval.

The poll’s highest ever approval rating for Trump comes as the president sent a series of tweets, and issued several attacks toward a group of four freshmen congresswomen. It started July 14, a day before the poll was conducted, when Trump told the representatives, Alexandria Ocasio-Cortez, Ilhan Omar, Rashida Tlaib and Ayanna Pressley, that they should ‘go back’ and fix their countries of origin.

The comments were widely viewed as racist and the self-proclaimed ‘squad’ held a press conference a day after to condemn the comments, which they call words of a white supremacist. 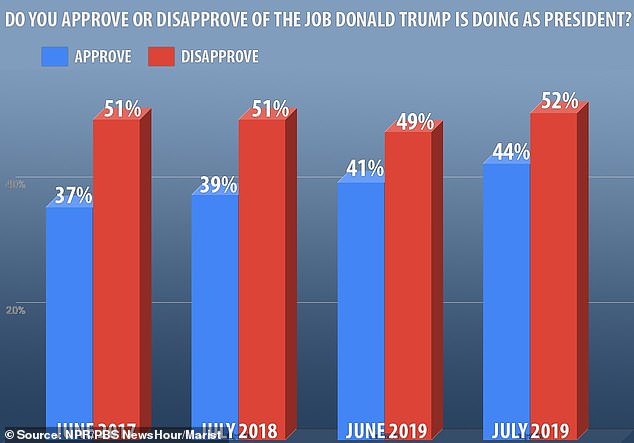 His approval went from 37 per cent in this particular poll in summer of 2017 to 39 per cent in summer 2018 and now to 44 per cent in July 2019. His disapproval rating has not seen such significant fluctuations and remained pretty consistent 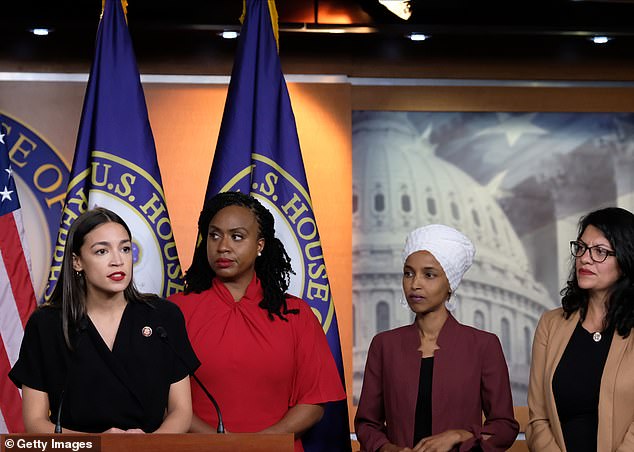 The high approval comes as Representatives Alexandria Ocasio-Cortez, Ayanna Pressley, Ilhan Omar and Rashida Tlaib feud with the president over comments they claim are ‘racist’ and words of a ‘white supremacist’ 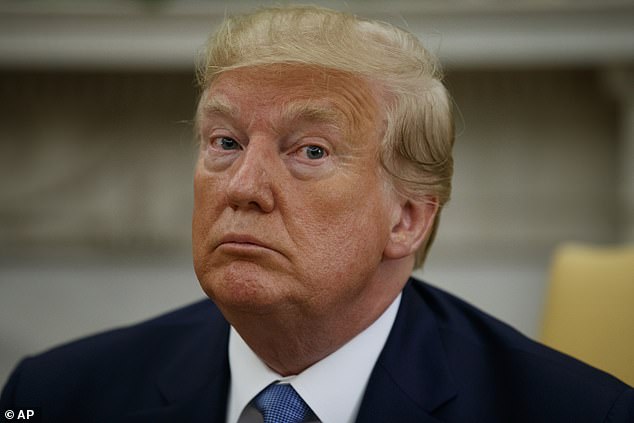 Last week, Trump said the minority congresswomen should ‘go back’ and fix their countries of origin 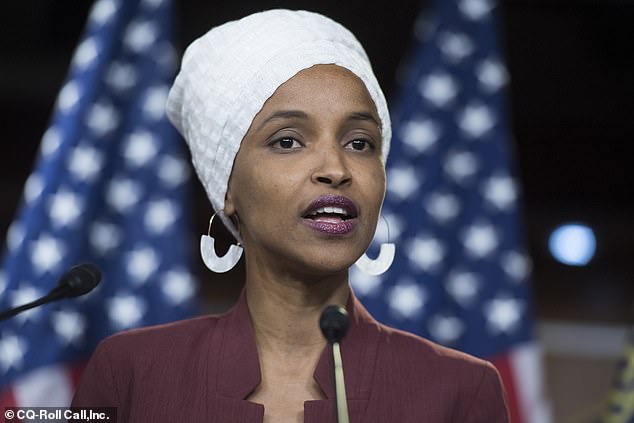 Of the four, only Omar was born in a country other than the U.S.

During the joint press conference, Trump sent more tweets – this time telling people if they don’t like America, they could leave. And on Sunday, exactly a tweet after the initial attacks, Trump said the four congresswomen, who were elected to the House in the 2018 midterms, are incapable of loving the U.S.

‘I don’t believe the four Congresswomen are capable of loving our Country,’ he tweeted. ‘They should apologize to America (and Israel) for the horrible (hateful) things they have said. They are destroying the Democrat Party, but are weak & insecure people who can never destroy our great Nation!’

However, in an unlikely turn of events, despite the divisive comments, Trump reached his highest approval rating in a poll that once had him at only 35 per cent approval. 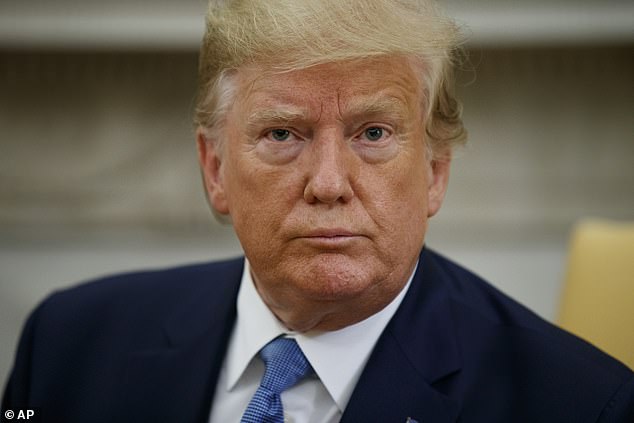 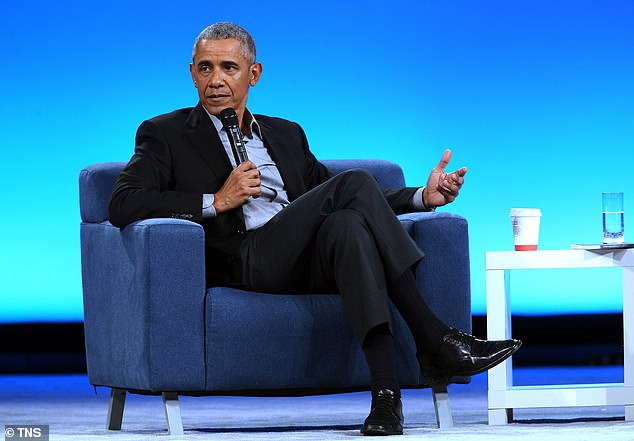 The July poll of 1,346 adults showed 39 per cent of people say they will for sure vote for the incumbent in the next presidential elections, the highest of Trump’s presidency so far.

Trump’s definite support is only 1 per cent less than Obama’s at the same point in his first term.

Those who say they are absolutely not voting for Trump in 2020, however, is much more significant than those who said the same about Obama.

While Obama had an even split of those who would vote for him in the 2012 elections, 14 per cent more respondents say they don’t plan to vote for Trump in 2020 compared to those who say they will.

This is a good indicator of Trump being a more divisive figure than Obama.

One in 5 voters still didn’t know how to feel in Obama’s third summer as president, but only 8 per cent are indecisive about how they will vote in the 2020 elections, even though they don’t know who the Democratic candidate taking on the incumbent will be.

Trump won the 2016 elections with 46.1 per cent of the popular vote, meaning he can’t afford to lose any support he currently has or he could risk losing the votes needed in the Electoral College to win in 2020.

Trump’s recent activity has seemed to cause more divide in Congress, but has united his support as his approval jumped a few percentage points and those who say they will ‘definitely’ vote for him raised 3 per cent from last month.