President Donald Trump has taken a break from tweeting and hit the golf course, just hours after he called down an FBI investigation into allegations against Supreme Court nominee Brett Kavanaugh.

Ahead of a planned rally in West Virginia on Saturday night, Trump left the White House at 9.57am and his motorcade rolled toward Trump National Golf Club, in Sterling, Virginia.

Trump’s departure from the White House was slightly delayed due to a phone call with King Salman of Saudi Arabia, according to White House spokeswoman Lindsay Walters.

Trump departs the White House as he heads for Trump National Golf Club in Sterling, Virginia 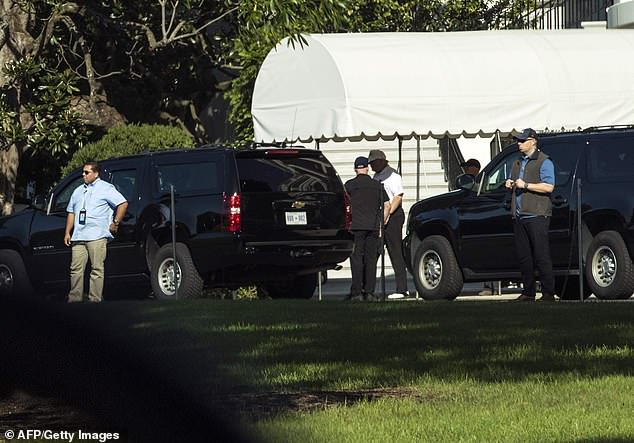 The President is seen leaving the White House on Saturday morning. His departure was delayed slightly due to a call with King Salman of Saudi Arabia 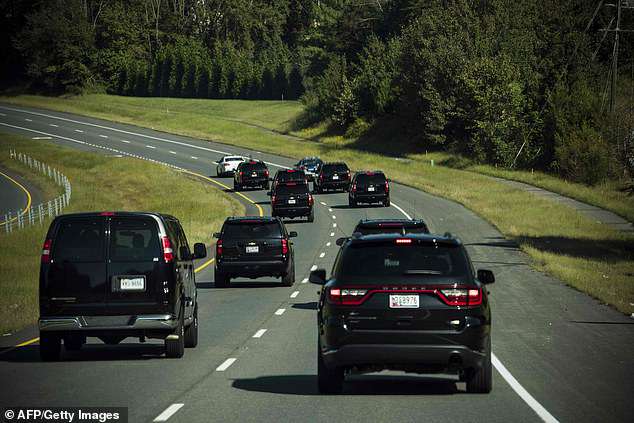 The motorcade arrived at Trump National at 10.36am, and the press pool was diverted to a nearby shopping plaza.

It is unclear who Trump met or played golf with while he was at the private club.

Throughout the morning and afternoon, Trump remained silent on Twitter, following his Friday night tweet announcing that the FBI investigation had begun. 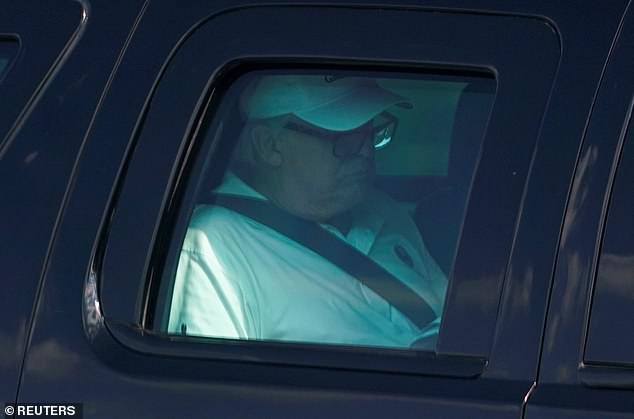 Trump reads a newspaper as he departs Trump National Golf Club in Sterling, Virginia to return to the White House on Saturday 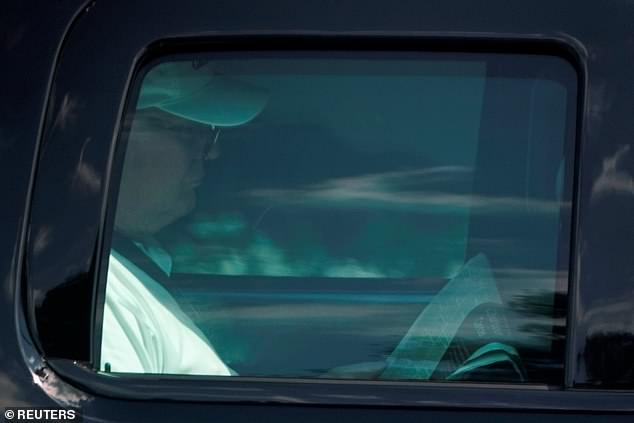 The agency has seven days to question Christine Blasey Ford, who accuses Kavanaugh of attempting to rape her in 1982, as well as any alleged witnesses to ‘current credible allegations’, the Senate Judiciary committee said in a statement.

FBI agents have already contacted Deborah Ramirez, who claims that Kavanaugh drunkenly taunted her with his exposed member in college, Ramirez’s attorney told the Washington Post.

Trump spent about four hours at the golf club, departing around 2.45pm.

He is scheduled to depart the White House for the rally at West Virginia at 4.40pm.

The President has no scheduled public events for Sunday.