Donald Trump made a previously unannounced visit on Thursday afternoon to his reelection campaign headquarters in Virginia to meet with campaign officials.

He was joined by White House Advisor Jared Kushner and his campaign manager Brad Parscale for the hour-long meeting at the Republican National Committee Annex Office in Arlington.

The meeting in Virginia was held at the same time Democratic presidential candidate Michael Bloomberg vowed to spend however much necessary to beat Trump in November.

His campaign has said in the past that Bloomberg is prepared to spend $2 billion of his own money on his run, whether successful or not.

Bloomberg has also been dominating ad space, as he has already spent more than $200 million on advertisements and is paying social media influencers to post memes about his campaign.

Donald Trump made an unannounced visit to his reelection campaign headquarters in Arlington, Virginia 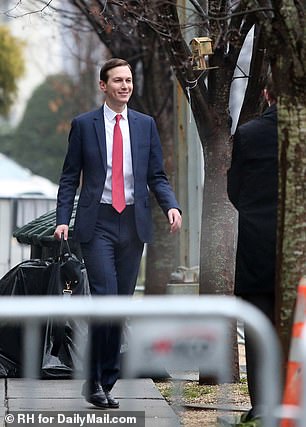 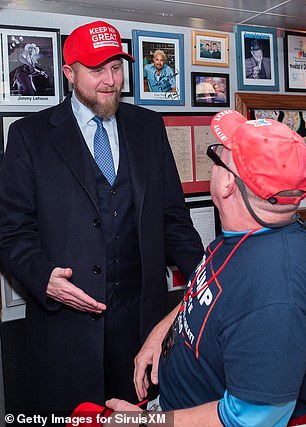 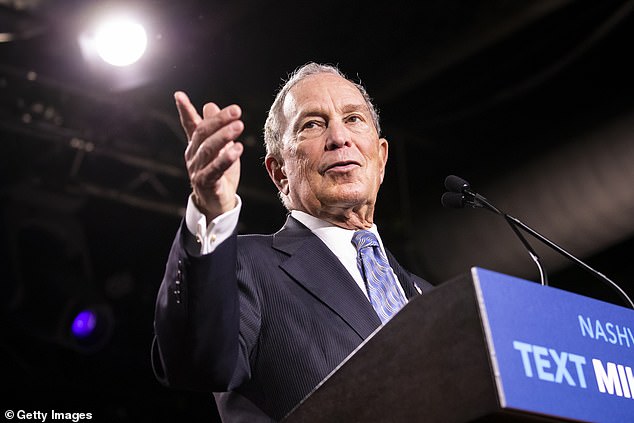 Virginia is a Super Tuesday state, and in 2016 it went from Trump in the primaries with a narrow 2.8 per cent lead against Marco Rubio, who came in second in the state’s primary contest. Trump lost Virginia, however, in the general elections against Hillary Clinton.

Bloomberg has focused all of his ad efforts on Super Tuesday, as he has virtually ignored the four first primary contest states: Iowa, New Hampshire, Nevada and South Carolina.

The former New York City mayor is a latecomer to the Democratic primary field, but has swiftly become one of Trump’s main targets.

‘Mini Mike is a 5’4′ mass of dead energy who does not want to be on the debate stage with these professional politicians. No boxes please,’ Trump tweeted Thursday.

Bloomberg is 5ft 8in and Trump is noticeably taller at 6ft 3in. 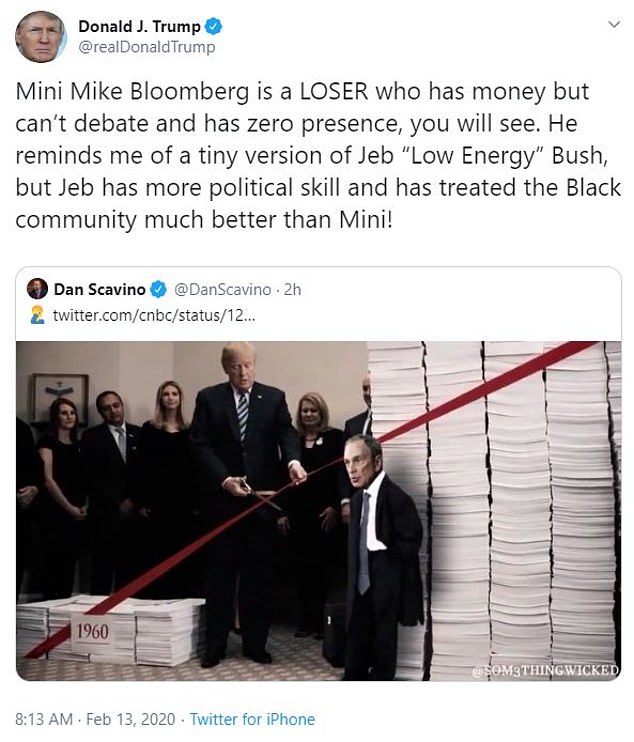 Trump has made Bloomberg a target of the Democratic field, and on Thursday tweeted that he is a ‘loser.’ The tweet included a photoshopped image of the two at dramatically different heights and Bloomberg in an oversized suit 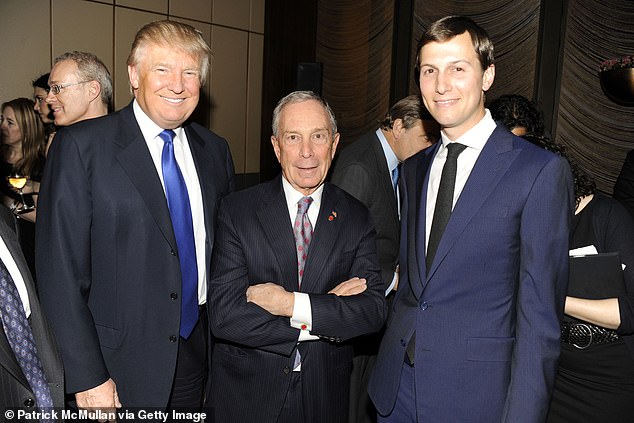 Both native New Yorkers, Bloomberg and Trump used to be friends before they were political foes. Here Trump, 6ft 3in, pictured with son-in-law Jared Kusher (right) and Bloomberg, 5ft 8inc, is between the two

The former New York City mayor responded to Trump, ‘[W]e know many of the same people in NY.’

‘Behind your back they laugh at you & call you a carnival barking clown,’ he claimed in a tweet. ‘They know you inherited a fortune & squandered it with stupid deals and incompetence. I have the record & the resources to defeat you. And I will.’

He posted in another tweet Thursday, and compared him to Jeb Bush – one of Trump’s previous primary competitors in the 2016 elections.

‘Mini Mike Bloomberg is a LOSER who has money but can’t debate and has zero presence, you will see,” he said in a tweet. “He reminds me of a tiny version of Jeb ‘Low Energy’ Bush, but Jeb has more political skill and has treated the Black community much better than Mini!’