Trump: ‘I tested positively toward negative’ for coronavirus

President Trump gave a head-spinning response to reporters as he left the White House Thursday as he tried to explain he’s consistently tested negative for COVID-19.

‘And I tested very positively in a another sense. This morning,’ Trump said. ‘Yeah, I tested positively toward negative, right? So I tested perfectly this morning. Meaning I tested negative.’

The president again said he was winding down his use of hydroxychloroquine, which is used to treat malaria, lupus and other illnesses, but comes with a laundry list of side effects.

‘I tested positively toward negative,’ President Trump told reporters Thursday as he left the White House. He has been continually tested for the coronavirus 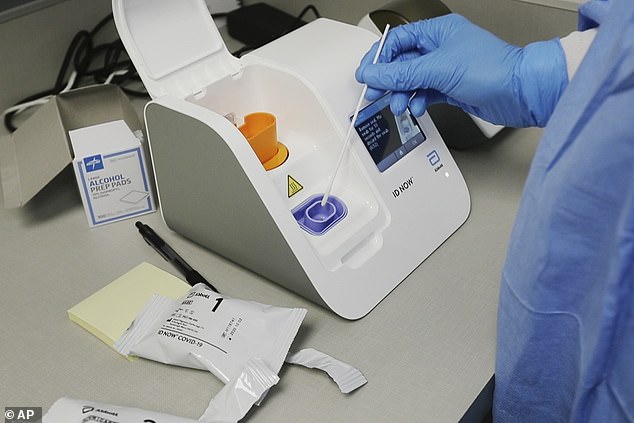 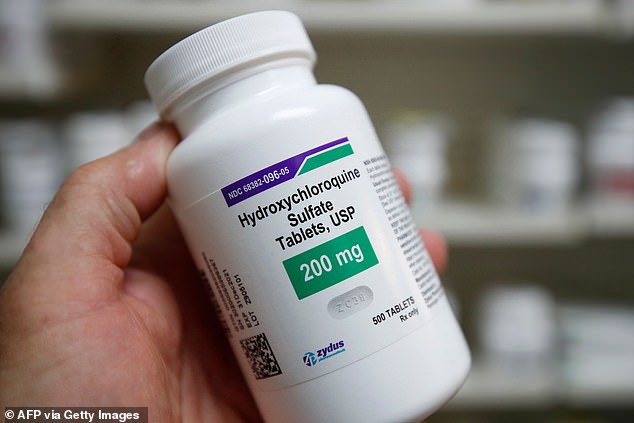 At Thursday’s departure, Trump also said he had about one more day of a two-week dose of hydroxychloroquine, which he’s using ‘off-label’ to prevent contracting the coronavirus

‘So I’m still here. I’m still here,’ he said, challenging critics who said he shouldn’t be using the drug off-label due to it causing abnormal heart rhythms in some patients.

Trump also told reporters he hasn’t taken an antibody test, which could show if he was exposed to the virus previously and built up some resistance to it.

Since Trump told reporters Monday that he decided to take hydroxychloroquine, a drug that he’s been touting as a potential coronavirus treatment for weeks, the White House has been put on defense.

That evening the White House press secretary sent out a note from the president’s physician that said ‘we concluded the potential benefit from treatment outweighed the relative risks’ on the decision for Trump to take hydroxychloroquine.

But the doctor didn’t say he wrote Trump the prescription.

Government health experts don’t have evidence yet that hydroxychloroquine is affective against the coronavirus. The FDA did approve its ‘off-label’ use, but also put out a warning on April 30 about heart problems it could cause and said it should only be used to treat coronavirus patients who are hospitalized.

Beyond the heart problems, side effects include dizziness, nausea, rashes  and even hallucinations.

House Speaker Nancy Pelosi ridiculed Trump for taking the drug, saying it was dangerous for someone who was ‘morbidly obese.’

Trump slapped back calling her a ‘sick woman’ and said she was mentally ill.

Joe Biden, the presumptive Democratic nominee, was aghast when he was asked about it at a Yahoo virtual town hall Tuesday night.

‘It’s like saying maybe if you injected Clorox into your blood it may cure you.’

‘Hydroxychloroquine is a drug that has been in use for 65 years for lupus, arthritis and malaria. It has a very good safety profile, but as with any drug, and as with any prescription, it should be given by a doctor to a patient in that context. So no one should be taking this without a prescription from their doctor,’ she said.

‘But that being said, I’ve seen a lot of apoplectic coverage of hydroxychloroquine. You had Jimmy Kimmel saying the President’s “trying to kill himself” by taking it. You had [MSNBC’s] Joe Scarborough saying “this will kill you.” [Fox News host] Neil Cavuto saying “what have you got to lose, one thing you have to lose are lives.” And you had [CNN’s] Chris Cuomo saying ‘the President knows that hydroxychloroquine is not supported by science,’ McEnany said.

‘He knows it has been flagged by his own people and he’s using it,’ she said.