Donald Trump acknowledged Friday that he has no intention of firing Federal Reserve Chairman Jay Powell despite calling him a ‘bonehead’ with ‘no guts’ – and conceded there are other boneheads serving in his administration whose jobs are safe.

But ‘not too many boneheads,’ he cautioned. ‘I’ll tell you what: We really now have a great administration.’

DailyMail.com asked him on the South Lawn of the White House as he left for Texas why he would keep Powell around if he is increasingly unhappy with the glacial rate of interest rate reductions.

‘I could do things if I wanted, but I don’t want to do that,’ he said of the prospect of giving Powell his walking papers. ‘We’re so strong despite Jay Powell.’

He also said Powell ‘is not helping us’ since America’s trade competitors ‘have lower interest rates. We’re the primest of them all.’

Trump had said Thursday in a TV interview that Powell’s job was ‘safe. Yes, it’s safe. I mean, sure, why not?’

Donald Trump said Sunday that Federal Reserve chairmanJay Powell’s job is safe even though he had called Powell a ‘bonehead’ with ‘no guts’; he also conceded that there are other boneheads serving in his administration who are also in no danger of being fired; but ‘not too many boneheads,’ he said 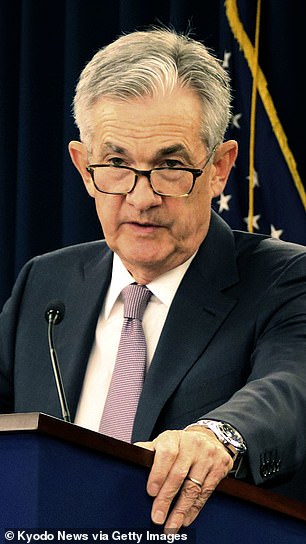 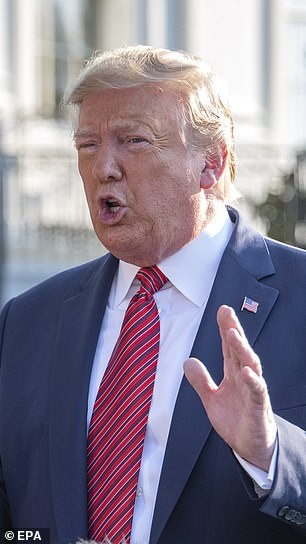 Powell has been under pressure all year from President Trump to cut rates, and the board responded on Wednesday with the second reduction in two months; Trump wants faster and more frequent interest rate drops to make the U.S. economy more competitive in global marketplaces

The Fed cut interest rates by a quarter of a percentage point for the second time this year on Wednesday afternoon, a widely expected move that could help sustain a decade-long economic expansion.

That wasn’t enough for the president.

He said Sunday that Powell had ‘lifted the rates far too quickly, and he lowered them far too slowly and it’s a shame.’

Trump tweeted Wednesday after the modest cut became public: ‘Jay Powell and the Federal Reserve Fail Again. No “guts,” no sense, no vision! A terrible communicator!’

Changes to the prime interest rate, which banks use as a starting point for deciding on interest rates for business loans, consumer borrowing and credit cards, are determined by votes of the Federal Reserve’s board. Powell has one vote.

Trump had high hopes for Powell when he introduced him in a November 2017 White House ceremony. 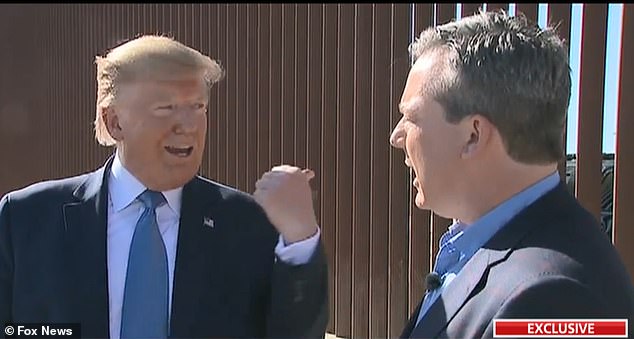 The president talked with Fox News on Wednesday, complaining about the slow pace of interest rate drops in the U.S. but insisting Powell won’t be fired

‘We need strong, sound, and steady leadership at the United States Federal Reserve. I have nominated Jay to be our next Federal [Reserve] Chairman – and so important – because he will provide exactly that type of leadership. He’s strong, he’s committed, he’s smart,’ he sid then.

Nearly two years later, as the American economy lags behind the 4 per cent growth Trump once forecasted, he has demanded lower interest rates to compete with China and other trade adversaries.

‘My only question is, who is our bigger enemy, Jay Powell or Chairman Xi?’ he tweeted in August.

The coup de grace came on September 11, when Trump claimed on Twitter it was ‘only the naïveté of Jay Powell and the Federal Reserve that doesn’t allow us to do what other countries are already doing.’

‘A once in a lifetime opportunity that we are missing because of “Boneheads”,’ he vented.

The Fed cut interest rates by a quarter of a percentage point for the second time this year on Wednesday afternoon, a widely expected move that could help sustain a decade-long economic expansion.

That wasn’t enough for Trump. 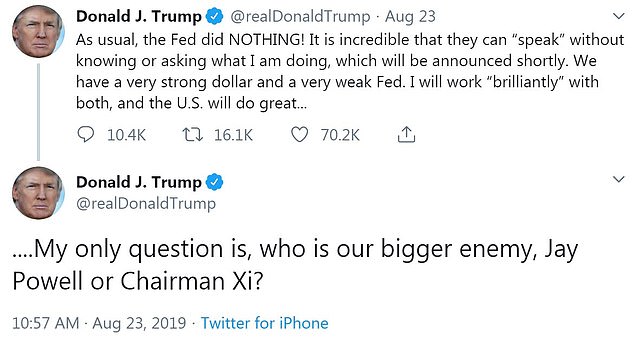 Some of Trump’s blasts at Powell on Twitter have included comparing him to China’s presidnet, saying he doesn’t have any ‘guts,’ and blasting him as a ‘bonehead’

He tweeted Wednesday afternoon during a trip to California that Powell displayed ‘[n]o “guts,” no sense, no vision!’

Trump told Fox News hours later that Powell appears unaware that his policies are dampening the United States economy and putting the country at a competitive disadvantage with other industrialized nations.

‘I don’t think he knows how to play the game very well,’ he said.

‘They borrow money, and when it comes time to pay it back, people pay them,’ he said. ‘And we can’t participate in that and it’s because of the Fed.’