President Donald Trump said Wednesday that the Senate should stop working on banning bump stocks – the devices that turn single-shot rifles into rapid-fire machine guns – because ‘I’ll do that myself.’

‘You don’t have to complicate the bill by adding another two paragraphs. We’re getting rid of it,’ he told a bipartisan group of U.S. senators at the White House.

‘We can do that with an executive order,’Trump said.

‘I’m going to write the bump stock essentially, write it out. So you won’t have to worry about bump stocks. Shortly that will be gone. We can focus on other things.’

‘We’ll have that done pretty quickly. They’re working on it right now, the lawyers,’ he added. 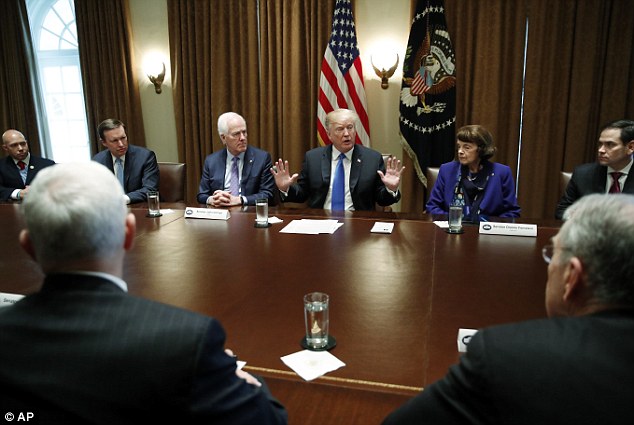 The president was responding to Texas Republican Sen. John Cornyn, who had gamely offered to discuss a bump stock ban as part of a larger firearms legislative package because California Democratic Sen Dianne Feinstein ‘cares passionately about’ it.

Bump stocks essentially grip the rear end of a semi-automatic rifle, allowing a shooter to hold the trigger and rely on the gun’s recoil to establish rapid firing.

The powerful National Rifle Association does not support banning them, and Democrats around the table predicted a fierce pushback against any compromise  measure unless the president brings Republicans to the table who will defy them.

‘I like that responsibility Chris, I really do,’ Trump told Connecticut Democratic Sen. Chris Murphy. ‘I think it’s time. It’s time that a president stepped up.’

‘I’m talking Democrat and Republican presidents, they haven’t stepped up,’ he said.

Trump later told Senators not to ‘be petrified’ of the NRA, claiming that ‘they want to do what’s right.’

He told a group of governors on Monday that he would unilaterally ban bump stocks, although he had tasked Attorney General Jeff Sessions – who oversees the Bureau of Alcohol, Tobacco, and Firearms – to deal with it.

‘I don’t care if Congress does it or not, I’m writing it out myself,’ Trump told the governors.

‘You put it into the machine gun category, which is what it is. It becomes essentially a machine gun and nobody’s gonna be able – it’s going to be very hard to get them,’ he said.

Sessions told a group of state attorneys general on Tuesday that he believes ATF does have the authority to ‘not allow the bump stock to convert a weapon from semi-automatic to fully automatic.’ 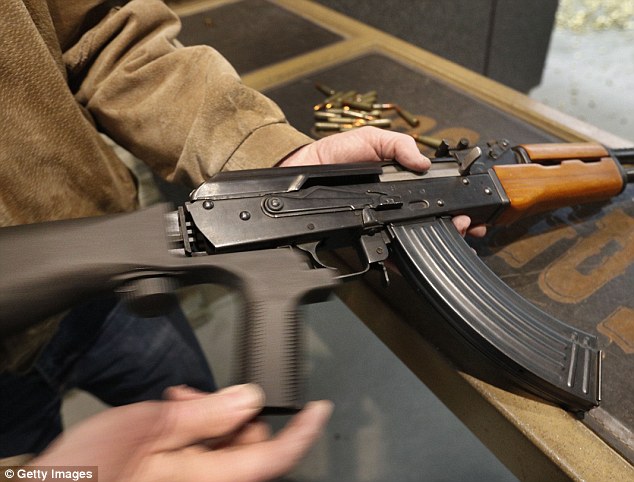 A bump stock, shown on an AK-47, allows a semi-automatic to fire at a rapid rate much like a fully automatic machine gun 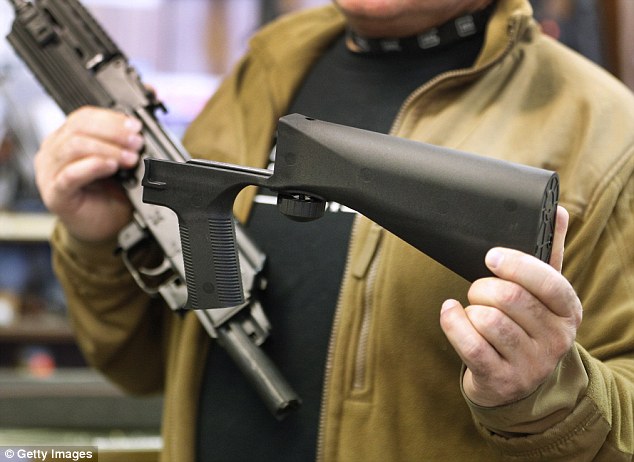 Bump stocks essentially grip the rear end of a semi-automatic rifle, allowing a shooter to hold the trigger and rely on the gun’s recoil to establish rapid firing. 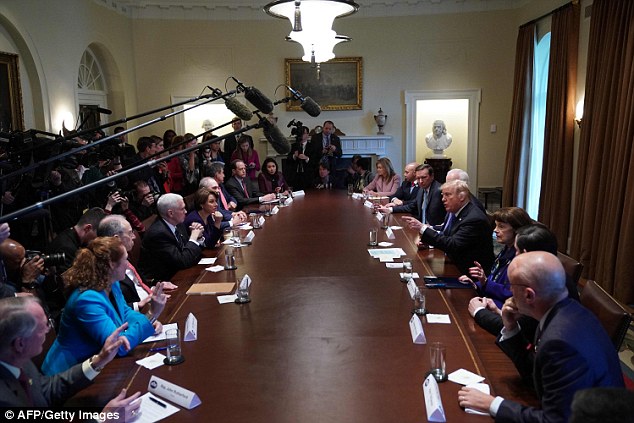 ‘You shoot rapidly but not accurately,’ he said. ‘The bullets come out fast but you don’t know where the hell they’re going.’

Trump’s press secretary admitted later in the day that he may not have the power to proscribe the firearm accessory by categorizing it as an automatic weapon.

Trump had ordered the Department of Justice and ATF, she said, to ‘work on outlawing bump stocks, so we don’t have to wait for a legislative fix.’

‘However, if we cannot find an administrative fix we would support a legislative solution to complete that,’ Sanders added. 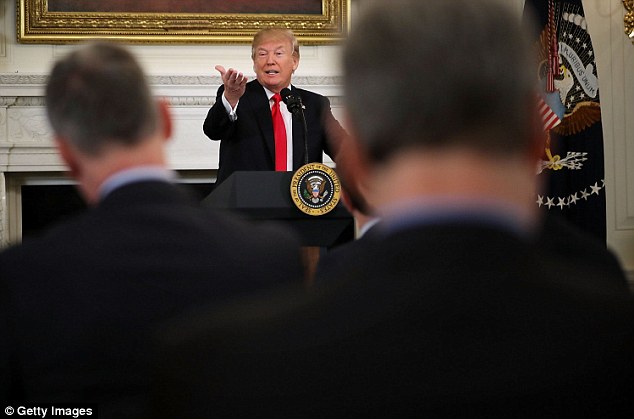 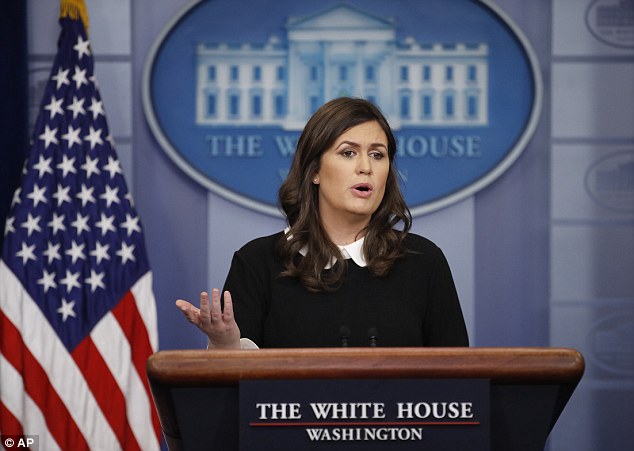 The sale of machine guns in the U.S. has been limited to law enforcement and the military since 1968.

ATF has already concluded that bump stocks are an accessory that can’t be regulated under its current authority.

A comment period on a proposal to reclassify the items as machine guns based on the existing guidelines ended in January. The agency is currently reviewing more than 100,000 responses.

Bump stocks attracted attention after last year’s Las Vegas massacre, where a shooter was found to have one after locking himself into an upper floor casino hotel room and raining fire down on outdoor concertgoers.