President Trump launched another attack on the 9th Circuit on Thanksgiving and dismissed Chief Justice Roberts’ strong rebuke one day on from their extraordinary row over judicial independence.

Labeling the 9th Circuit a ‘complete and total disaster’ that is ‘out of control’, the president demanded judges not be allowed to ‘legislate security’ in his early morning attack on Thanksgiving.

The new criticism comes one day after the almost unprecedented row between the Supreme Court Chief Justice and the president of the United States following a strong rebuke from Roberts over Trump calling the 9th Circuit ‘Obama judges’.

Doubling down: Trump dismissed the criticism from Chief Justice Roberts and intensified his assault on the 9th Circuit 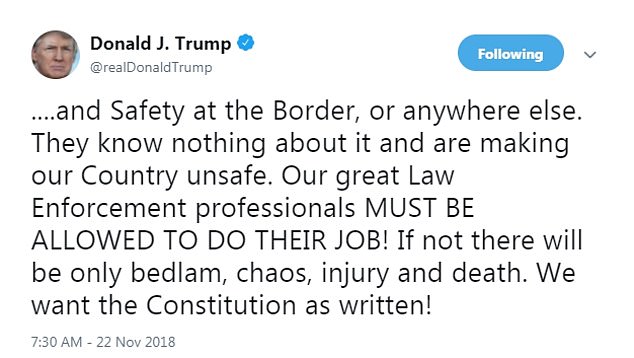 Demands: Trump is furious with the 9th Circuit and believes it to be too liberal and affects the nation’s security

The row began earlier this week when the president complained about a different judge, Obama-appointed US District Judge Jon Tigar, who has ruled against him in his attempt to stop illegal immigrants applying for asylum once they cross the border.

Tigar said the president’s ‘scope’ did not reach far enough for him to ‘rewrite’ immigration laws.

When asked about Tigar’s decision on Tuesday, the president took aim at the liberal-leaning 9th Circuit Court of Appeals which previously also ruled against his travel ban.

‘Every case that gets filed in the Ninth Circuit, we get beaten. And then we end up having to go to the Supreme Court, like the travel ban, and we won,’ Trump said. 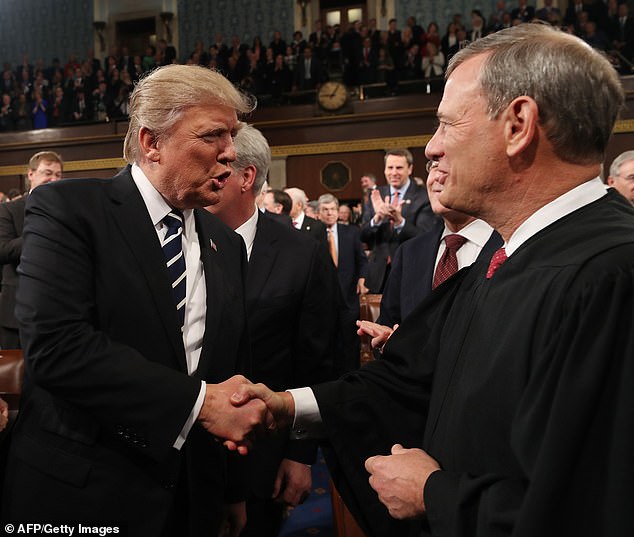 Row continues: President Trump and Supreme Court Chief Justice have engaged in a extraordinary row over the 9th Circuit Court 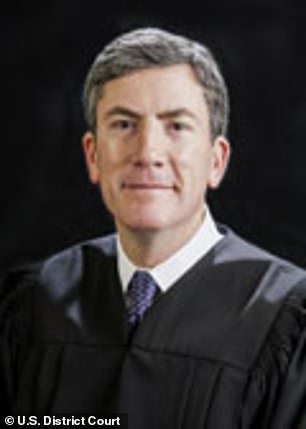 U.S. District Judge Jon Tigar, a Barack Obama appointee whose courtroom is in San Francisco, struck down the administration’s new asylum policy this week. That is what started Trump’s complaints about an apparently politicized judicial system

He then said of Tigar: ‘This was an Obama judge.’

Roberts, who is a Republican and was nominated to the Supreme Court by George W. Bush in 2005, weighed in angrily the next day, issuing a statement to say that politics played no part in the judicial system.

He said: ‘We do not have Obama judges or Trump judges, Bush judges or Clinton judges. 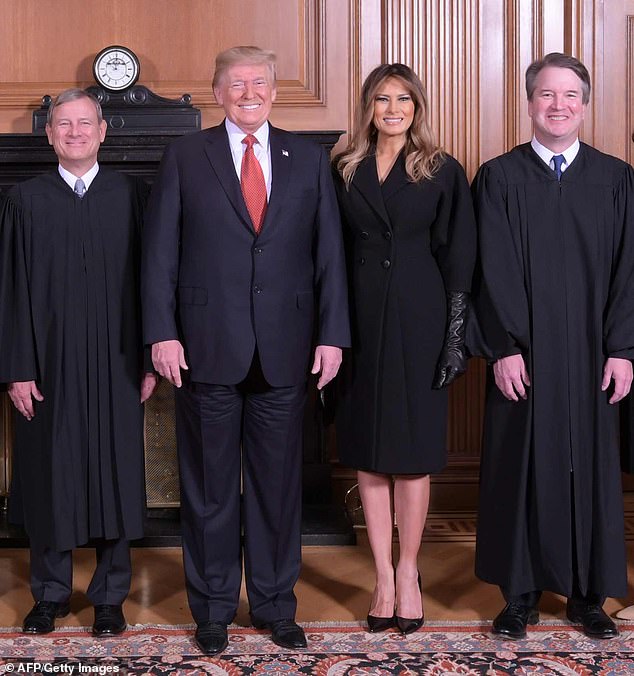 Roberts (left) is the highest ranking jurist on the Supreme Court. His remarks this week signal his first criticism of the president. They are pictured with Trump’s controversial appointee Brett M. Kavanaugh (right) after he was sworn in in November 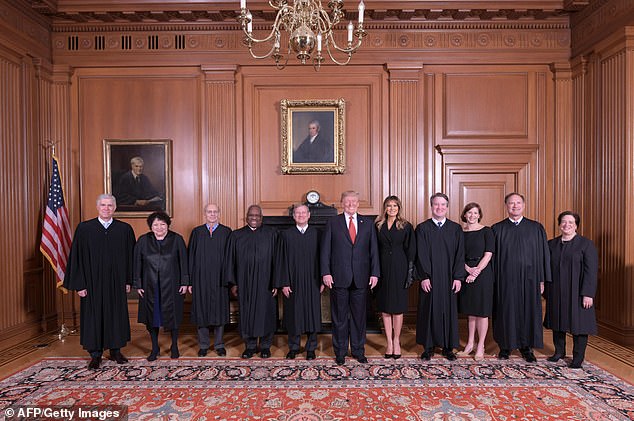