‘Trump is responsible for these deaths’: Beto claims of photo showing drowned father and daughter

Beto O’Rourke blamed Donald Trump for the deaths of a father and daughter who were found drowned earlier this week along a bank of the Rio Grande River.

‘Trump is responsible for these deaths,’ he wrote on Twitter Tuesday evening, sharing an AP story about the drowning.

His charge comes ahead of the first Democratic presidential debate on Wednesday night, where O’Rourke will share the stage with nine other contenders.

Democrats have expressed outrage over the president’s immigration policies since the searing photo went viral. 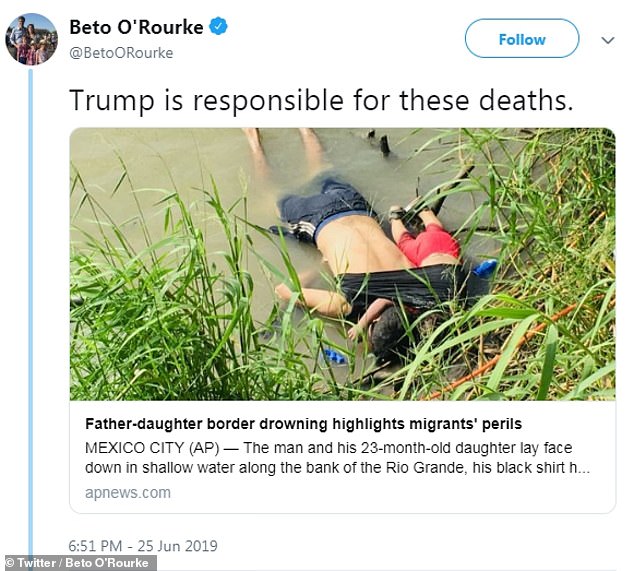 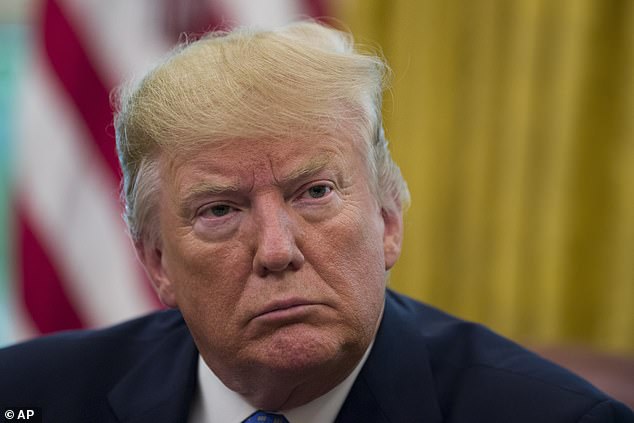 ‘As his administration refuses to follow our laws – preventing refugees from presenting themselves for asylum at our ports of entry – they cause families to cross between ports, ensuring greater suffering & death. At the expense of our humanity, not to the benefit of our safety,’ O’Rourke wrote.

Immigration was expected to be a topic of the night but the photo, of the 25-year-old Óscar Alberto Martínez Ramírez, a Salvadoran man, with his black t-shirt hiked up and his 23-month daughter next to him with her arm wrapped around his neck, guarantees Democrats will be fired up on the issue.

Accompanying the riveting photo were images of the 21-year-old wife of Martinez, who watched the events unfold as her husband and child attempted to cross the border illegally by swimming across the river in Brownsville, Texas.

O’Rourke was already scheduled to travel to Homestead, Fla., on Thursday to meet with activists who are leading the opposition to the Child Migration Detention Center where thousands of teenagers refugees are being held.

And Elizabeth Warren announced Tuesday night she, too, will go to Homestead. Her visit comes Wednesday ahead of the debate.

‘I’m going to Homestead tomorrow, come with me,’ Warren told the crowd at her town hall in Miami Tuesday night.

The Massachusetts Senator described the horrific and indecent scene she saw when visiting detention centers in McAllen, Texas last year when reports of immigrants being held in cages and family separations first came to the forefront of headlines. 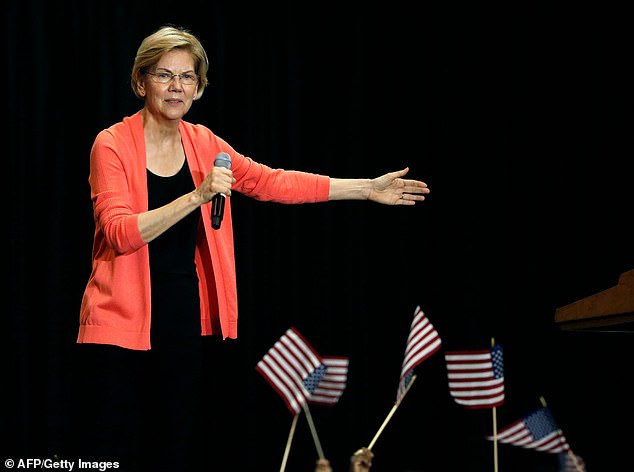 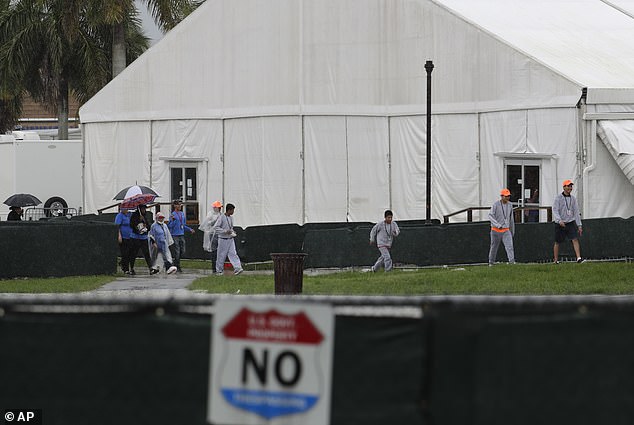 The Homestead shelter for unaccompanied children has become the center of attention as Democrats head to Florida for the first primary debates, and especially after a young father and his daughter died trying to cross illegally into the U.S. 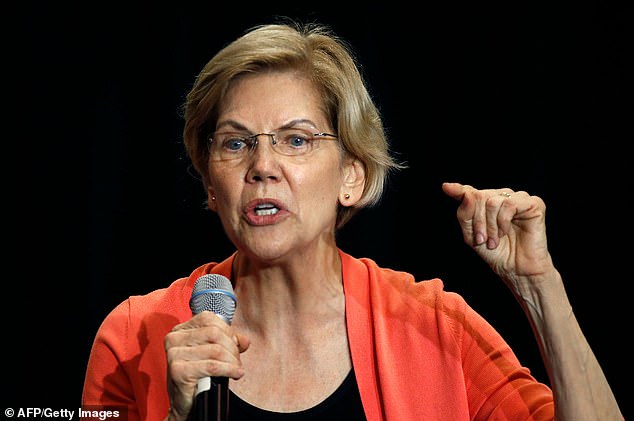 Warren chastised the Trump administration is not keeping people safe because it can’t ‘tell the difference between a threat posed by a terrorist, a criminal, and a little girl’

‘A government that can’t tell the difference between a threat posed by a terrorist, a criminal, and a little girl, is not a government that is keeping us safe,’ Warren told the crowd.

Warren and O’Rourke were not the only two Democratic presidential contenders to put the blame on Trump.

‘We should not look away,’ Booker tweeted Tuesday night. ‘These are the consequences of Donald Trump’s inhumane and immoral immigration policy. This is being done in our name.’

All three candidates will be on stage together Wednesday night in Miami. 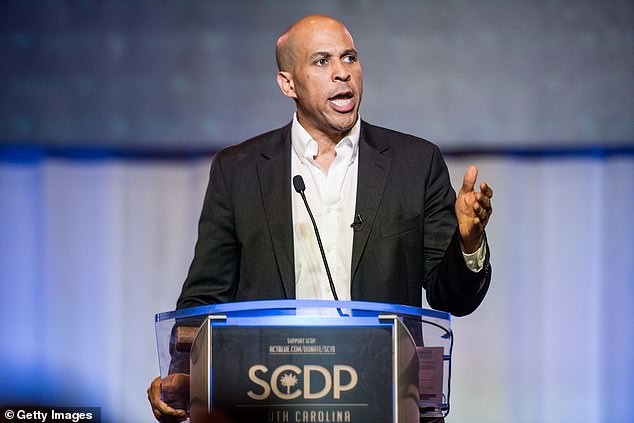 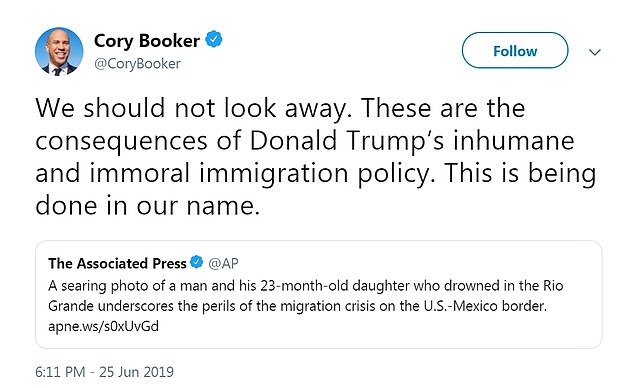 Booker says this happened because of Trump’s ‘inhumane’ immigration policies 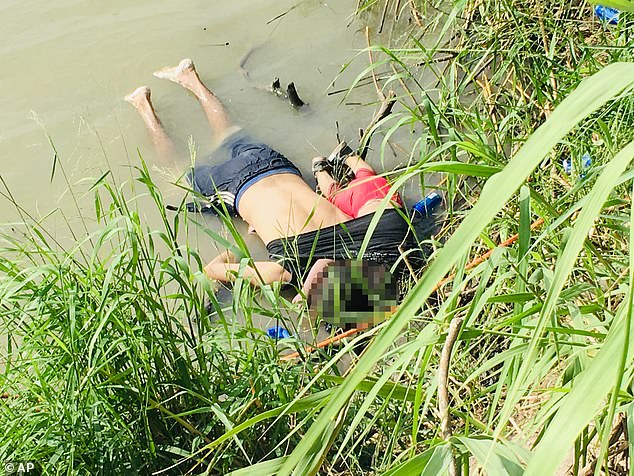 A 21-year-old wife and mother watched her 25-year-old husband and young daughter died they attempting to cross into Brownsville, Texas by way of the river

The two-night primary debates, hosted by NBC News on Wednesday and Thursday, will feature 10 Democratic candidates each night, randomly selected for which stage they will appear.

The Homestead center is about 30 minutes south of the debate stage.

Eric Swalwell also visited the center on Monday and met with protesters outside the facility.

‘We are looking into a camp, a camp of children cruelly confined here,’ he said when documenting the experience on his social media. ‘They don’t belong here. They belong with their families.’

Democrats have made a point of visiting the facility after Congresswoman Debbie Mucarsel-Powell, who represents Florida, invited 2020 primary contenders to tour the shelter where 2,000 migrant children are being held.

Mucarsel-Powell, a Democrat, has previously been denied entry to the facility, but said she would accompany any candidates that want to take a look around.

‘If the Democrats would change the asylum laws and the loopholes, which they refuse to do because they think it’s good politics, everything would be solved immediately,’ he told NBC News last week. 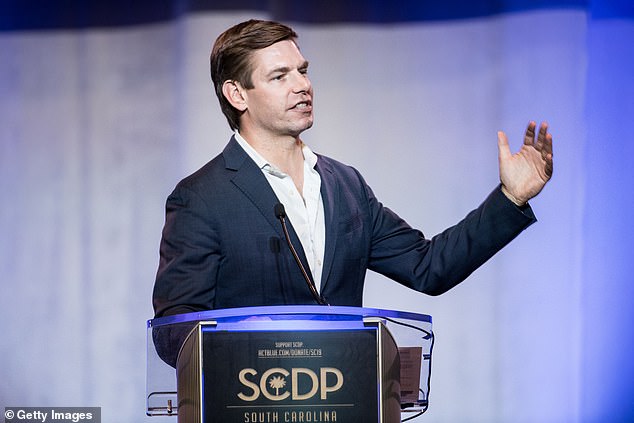