President Donald Trump ‘kissed Melania goodbye’ before his first aborted visit to Kim Jong-un and the inter-Korean DMZ in late 2017, fearing that he may not return.

The claim comes in a soon-to-be-released book ‘Rage’ by the renowned Washington Post journalist Bob Woodward, who interviewed Trump 18 times ahead of its release.

‘Rage’ claims that Trump believed he might not return from the heavily fortified border, with bad weather eventually forcing him to return to safety and abort the visit.

According to excerpts of the book seen by South Korea’s Yonhap News Agency, Trump said he kissed his wife and First Lady Melania Trump goodbye before he left for the trip.

‘I got up this morning, and told Melania, kissed her goodbye, and said, “I might not see you again.” It’s not that I’m worried about myself,’ Trump was quoted as telling those aboard his helicopter at the time.

‘If something were to happen to the president of the United States, it would be the worst thing that could happen to us as a country,’ Trump had added, according to the book, that is set to be released Tuesday.

The book says that Trump asked ‘They know I’m coming, don’t they?’ when his hellicopter slowed while flying to the DMZ on November 8, 2017.

According to an exceprt of Bob Woodward’s forthcoming book ‘Rage’, Trump kissed his wife Melania Trump (right) boodbye before leaving for a trip to the inter-Korean DMZ in 2017. On the way to the meeting, Trump was forced to turn around due to bad flying conditions

Woodward writes that the pilot of the helicopter said he had to slow down due to heavy fog, that was like flying through ‘pea soup.’

General Vincent Brooks, who was then serving as the commander of U.S. Forces Korea, assured that there was no intelligence to suggest that North Korea was aware of Trump’s visit to the Joint Security Area, also known as Panmunjom, inside the DMZ.

The failed attempt to visit the DMZ was well documented at the time, on account of South Korea’s President Moon Jae-in planed to join Trump, but was forced to turn around for the same reasons.

But the new account from Trump, shared by Woodward, shows just how dangerous the president believed the visit to be.

The attempted DMZ visit came at the height of North Korean provocations and tensions with the U.S. that came after the communist state’s sixth and most powerful nuclear test to date in September 2017.

North Korea is believed to station 70 per cent of its military assets around the DMZ, a 2-kilometer-wide buffer zone between the North and South, and each side of the Korean Military Demarcation Line that separates the two. 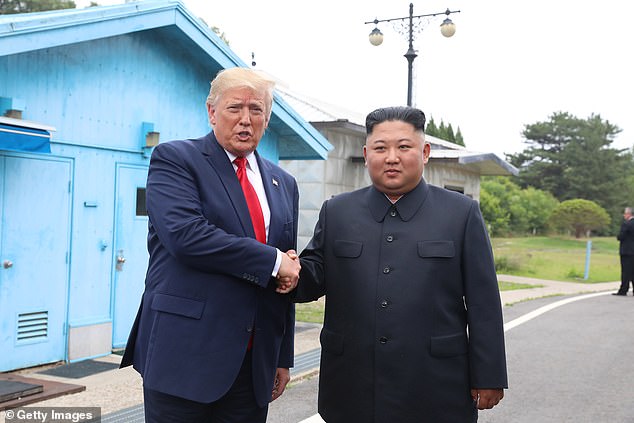 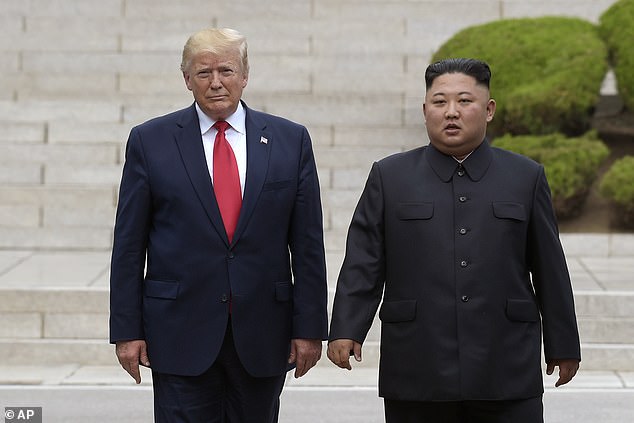 President Donald Trump, left, meets with North Korean leader Kim Jong Un at the North Korean side of the border at the village of Panmunjom in Demilitarized Zone

According to Woodward, Trump – who conceded to the decision to abort the visit based on safety reasons – worried it would make him look weak.

‘I know you guys have got to make the decision. You’ve got to make a safety decision,’ he was quoted as saying, before adding, ‘This is going to make us look weak.’

But 18 months later in June 2019, Trump successfully made it to the DMZ, where he was greeted by North Korea’s leader Kim Jong-un, becoming the first U.S. president to set food in the country.

His brief crossed over into North Korea came after two bilateral summits were held in June 2018 and February 2019, which marked the first ever U.S.-North Korea summits.

‘It was an honor to cross into your country and to resume our important discussion,’ Trump later said in his letter to Kim, dated July 2 of the same year, according to Woodward, who says he obtained 27 letter exchanged between the two leaders – 25 of which have not been reported before.

But the relationship soured again later that year, when in August Kim wrote back expressing his anger at the U.S. and South Korea holding joint military drills ahead of working-level negotiations between his country and the U.S. 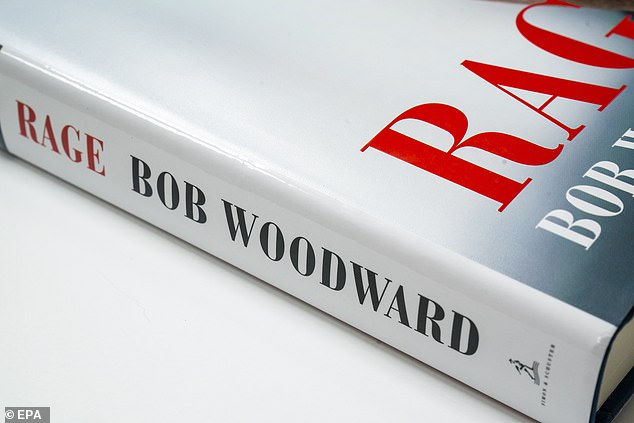 Journalist Bob Woodward’s new book ‘Rage’ (pictured, file photo), claims that Trump said: ‘I got up this morning, and told Melania, kissed her goodbye, and said, “I might not see you again.” It’s not that I’m worried about myself’

Officials were also said to be discussing a third summit, while a meeting in Sweden in October failed to produce progress, with North Korea subsequently declaring that there would be no more talks until the U.S. changed what it called its anti-Pyongyang policy.

Another claim from Woodward’s book from Donald Trump relating to North Korea was that the headless body of Kim Jong Un’s executed uncle was displayed to senior North Korean officials.

The US President told the author t that the dictator confided that he had his uncle’s head displayed after ordering his execution in 2013.

Jang Song Thaek, the North Korean leader’s uncle by marriage and a hugely powerful figure within the regime at the time, was purged for treason and corruption in 2013, in what was widely seen as Kim mercilessly asserting his authority. 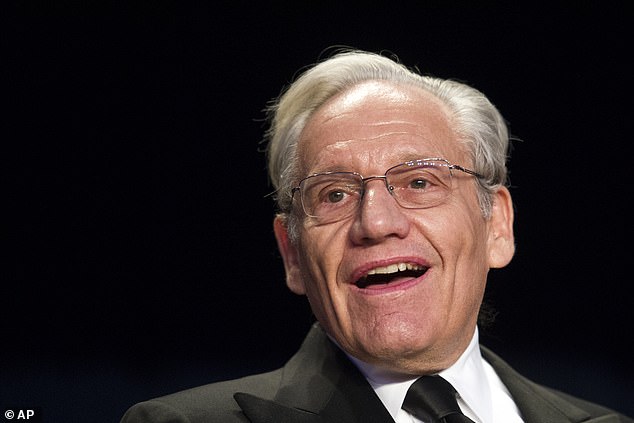 Kim ‘tells me everything. Told me everything,’ Trump told Woodward. ‘He killed his uncle and he put the body right in the steps,’ he said in an apparent reference to a building used by senior officials.

‘And the head was cut, sitting on the chest,’ he added in excerpts from the book seen by the AFP news agency.

The North has never officially stated how Jang was executed, although multiple reports say an anti-aircraft gun was used.

Jang’s death followed the execution of his two most trusted advisers – Ri Ryong-ha and Jang Su-gil – who were also reportedly killed by anti-aircraft machine guns.