Donald Trump’s lawyer Jay Sekulow ridiculed the whistle-blower’s report alleging President Donald Trump abused his office and tried to get the Ukrainian president to probe his political rival – saying he didn’t even write the detailed account.

The president’s lawyer spoke Friday, a day after the bombshell allegations were declassified. They contain a detailed series of accusations about the Trump-Ukraine call – while also detailing charges that Trump personal lawyer Rudy Giuliani was meeting with top Ukrainian officials to reinforce the president’s demands.

‘Just look at the phraseology!’ Sekulow told ‘Fox and Friends’ Friday morning. ‘The footnotes. This wasn’t drafted by this individual. This was written by a law firm and you know what? The American people see it for what it is,’ he mocked.

Sekulow pointed to the inclusion of the Latin phrase inter alia (among other things) as evidence that the whistle-blower had help.

The passage occurs where the whistle-blower, identified by the New York Times as a male CIA officer who had been detailed to the White House at some point.

After using the phrase, the whistle-blower cited ‘multiple’ White House officials who had ‘direct knowledge of the call.

ALL THE LATIN, FOR EXAMPLE: Trump laywer Jay Sekulow brought up the whistle-blower’s use of the Latin phrase inter alia, meaning for example, as evidence his nine-page complaint may have been drafted by a lawyer

He went on to claim Trump asked Ukrainian President Volodymyr Zelensky to investigate Joe Biden’s son Hunter, ‘assist in purportedly uncovering that allegations of Russian interference in the 2016 U.S. presidential election originated in Ukraine’ and ‘and meet or speak with two people the President named explicitly as his personal envoys on these matters, Mr. Giuliani and Attorney General Barr, to whom the President referred multiple times in tandem.’ 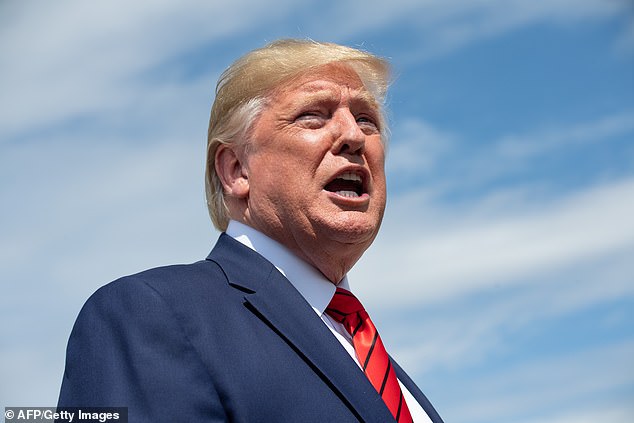 President Trump raged against the whistle-blower Thursday and said his sources were spies, mentioning treason and execution 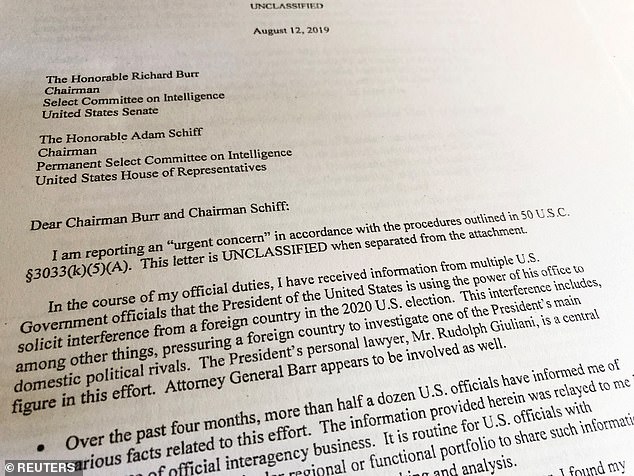 Trump lawyer Jay Sekulow said the complaint was written by a law firm, not the whistle-blower

All three assertions are backed up by a transcript of the call the White House released this week. Trump repeatedly encourages Zelensky to contact Giuliani, the former New York mayor, and Attorney General Bob Barr.

The Times, in a controversial story providing identifying information about the whistle-blower, also wrote that the author appeared to legal knowledge.

The report ‘suggested he was an analyst by training and made clear he was steeped in details of American foreign policy toward Europe, demonstrating a sophisticated understanding of Ukrainian politics and at least some knowledge of the law,’ according to the paper. 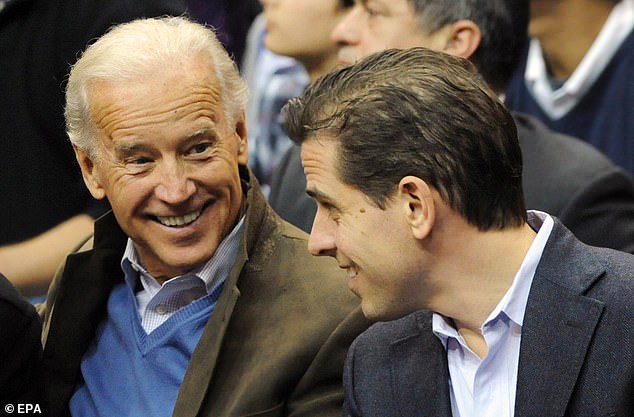 The whistle-blower claimed Trump asked the Ukrainian president to investigate a firm linked to Joe Biden’s son Hunter, which a call transcript shows he did

Pelosi also spoke about another of the whistle-blower’s charges –that officials moved contents of Trump’s call with Zelensky to a secret server normally used for ‘covert action’ despite not being ‘national-security sensitive.’

Asked about the secret server, Pelosi said: ‘‘As part of a cover-up.’

But she tried to keep the focus on the substance of what transpired on the call, after coming out for impeachment this week. ‘But I think we have to stay focused as far as the public is concerned on the fact that the president of the United States used taxpayer dollars to shakedown the leader of another country for his own political gain,’ she said. ‘The rest of it is ancillary.’

Sekulow ridiculed the claims about the server. ‘Think about that for a moment. The White House secured a call with the president of Ukraine.? And by the way, it’s so secret and such a cover-up – here’s the document,’ Sekulow said, referencing the release of the call.

The Director of National Intelligence first declined to hand over the whistle-blower’s report, citing privilege being raised by White House and Justice Department lawyers. Trump ordered it released after a major uproar ensued.