Donald Trump’s lawyers released a video that showed the then-candidate giving a campaign staffer an innocent kiss on the cheek after she filed a lawsuit alleging she received a nonconsensual ‘forcible’ kiss from Trump.

The video shows the former 2016 staffer, Alva Johnson, lauding Trump, telling him that she left her family for eight months to be able to campaign for him, and said they were going to get him into the White House.

Trump then took her by the shoulders and gave her a peck on the cheek and thanked her for the work she did for the campaign.

The interaction took place in a crowded RV during a campaign rally trip in Tampa, Florida on August 24, 2016 – about two and a half months before the 2016 elections.

Johnson now claims the kiss was ‘inappropriate,’ ‘gross’ and ‘creepy.’ 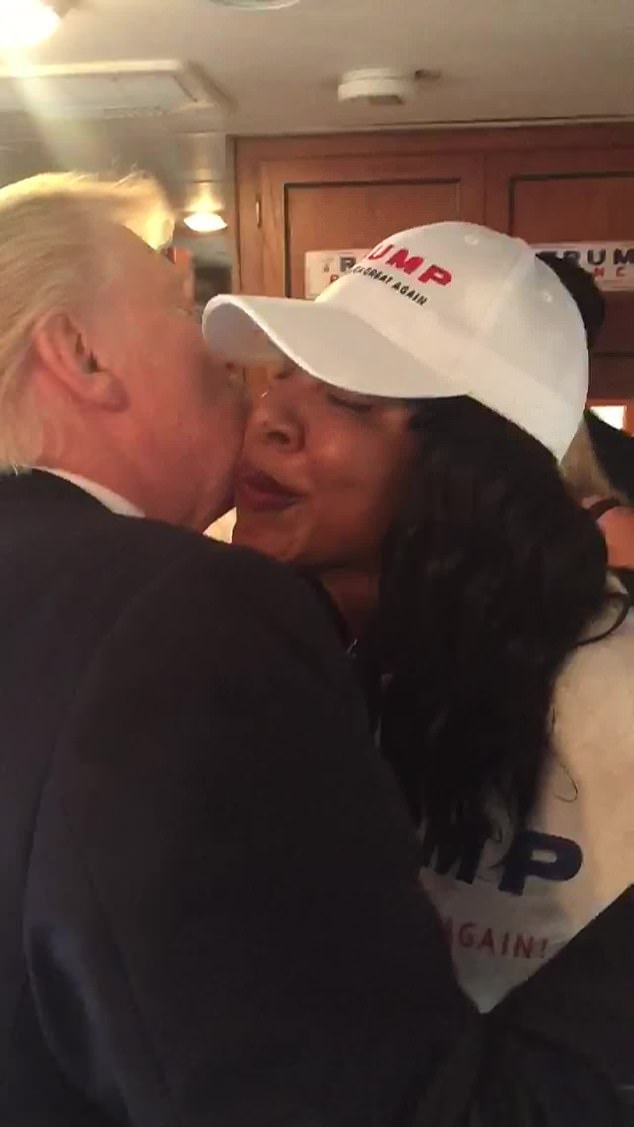 Alva Johnson (right) claims Trump’s kiss was ‘gross,’ ‘creepy’ and ‘inappropriate.’ She also says she was forced to turn her head and the then-candidate’s kiss landed on the corner of her mouth. Something that the video does not corroborate 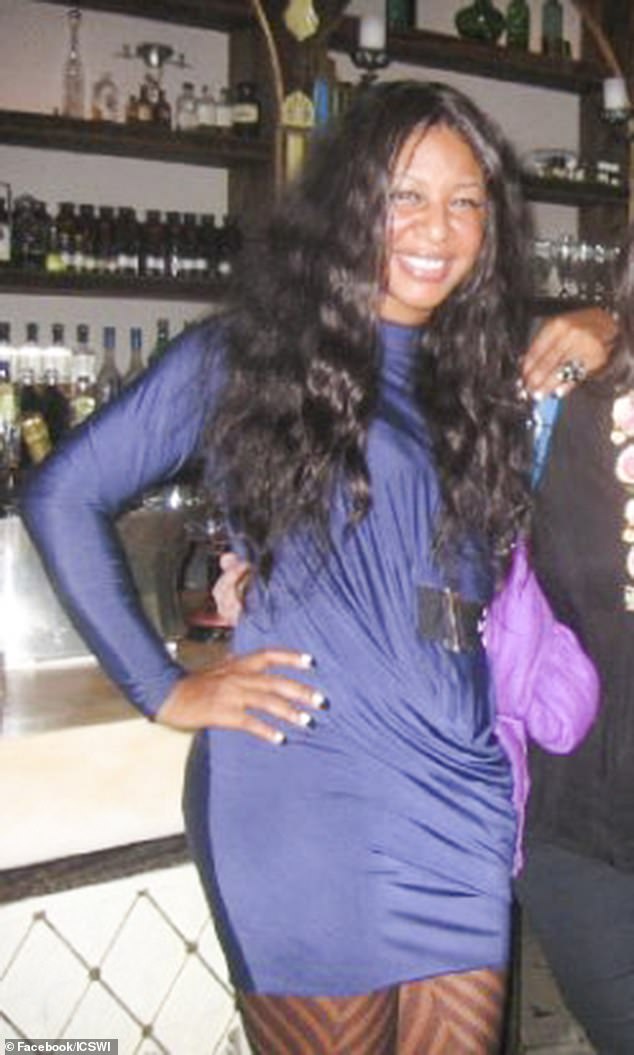 Johnson filed a lawsuit in February that alleges Trump ‘forcibly kissed’ her during a campaign trip in Tamp, Florida in August 2016

The president’ lawyers released a 15 second video that captured the interaction and another version that showed the kiss slowed down to 25 per cent speed.

Campaign volunteer Brian Hayes took the video on his phone that captured the kiss, and confirmed in a legal filing that he was present in the RV at the time of the incident.

In a lawsuit filed in Florida in February, the 43-year-old plaintiff claims Trump grabbed her hand and forcibly kissed her on the lips while getting out of the RV during the campaign trip.

When recounting the incident during an interview with MSNBC’s Chris Hayes, Johnson said she saw Trump coming forward toward her face, so she turned her head to avoid his lips and the kiss ended up landing on the side of her mouth.

‘When I realize he’s going to kiss my lips, I turn my mouth, he caught me right in the corner of my mouth and I was just kind of frozen,’ she said.

‘I didn’t know how to process it,’ Johnson continued. ‘I knew it was inappropriate because I worked in human resources. So I knew it was completely inappropriate, it was gross and creepy. Like I can sometimes still see those lips.’

The video shows a different story, with Trump seeming to intentionally kiss the far side of her cheek.

Johnson’s attorney Hassam Zavareei, however, says the video is a positive discovery for his client. 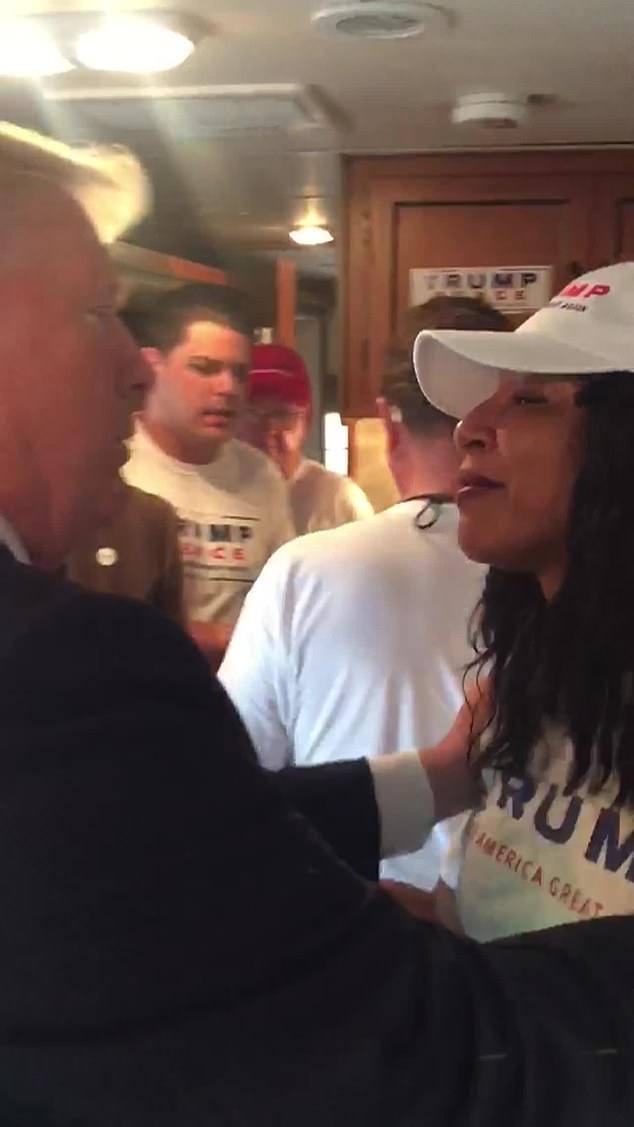 Alvra  said she was lauding Trump – claiming she left her family for eight months to work on the campaign – when he came over to her and grabbed her hand, held on to it and forcibly kissed her 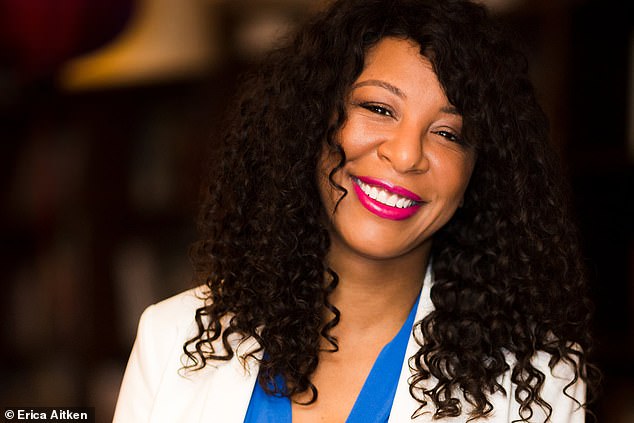 Trump has come under attack on several occasions for his interactions with women and his womanizer reputation before he was elected.

Controversy surrounding this topic started in 2016, when his campaign was almost derailed when the Access Hollywood tape was released. The over decade old audio included him bragging about grabbing women by the ‘p***y’ and he said he could get away with sexual assault as a famous person.

The president has also faced an immense amount of scrutiny for his extramarital relationships with former Playboy model Karen McDougal and adult entertainer Stormy Daniels – especially in regards to hush money payments made for their silence regarding their relationships.

He has faced scrutiny especially from a group of at least seven women who said Biden touched them in ways that made them feel uncomfortable – such as putting his hands on their shoulders or kissing the top of their heads.

They did not go as far as to accuse the former vice president of sexual misconduct.