The president could change his mind about Stewart after reviewing a photo of her flashing her middle finger in the direction of a poster of his face last year.

‘I think to a certain extent Martha Stewart was harshly and unfairly treated,’ he said. ‘And she used to be my biggest fan in the world … before I became a politican. But that’s OK – I don’t view it that way.’

The president spoke aboard Air Force One just hours after he pardoned the conservative firebrand Dinesh D’Souza, a filmmaker and author who pleaded guilty to making $20,000 in illegal campaign contributions to a Senate candidate.

Stewart managed to save herself more than $45,000 in 2001 by selling her shares in a company after receiving inside information – just a day before the stock lost one-sixth of its value. 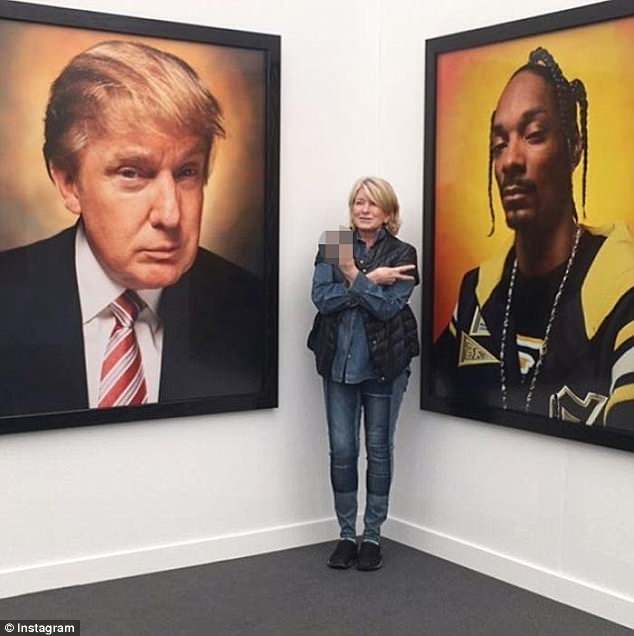 Second thoughts? Stewart was photographed last year flipping the bird to an art poster of Trump – while he was president – and flashing a peace sign to Snoop Dogg at the same time 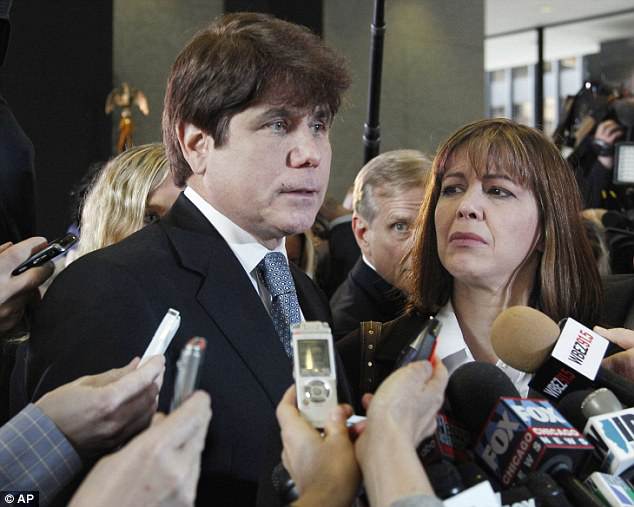 She served five months in federal prison after a jury convicted her in 2004 of three felonies: conspiracy, obstruction of an agency proceeding, and making false statements to federal investigators.

Stewart was on probation for two years, including five months of house arrest.

James Comey, who would later become FBI director and feel the sting of a Trump pink-slip, prosecuted the case.

An art lover posted the infamous photo last year of Stewart flipping off Trump – and flashing a peace sign to an adjacent poster of Snoop Dogg – on Instagram, writing that he ‘[w]as taking a picture of these Trump and Snoop Dogg pieces…and Martha Stewart walks into the frame.’

Blagojevich is in his 7th year of a 14-year sentence for felony corruption. The Democrat was convicted of plotting to sell a U.S. Senate appointment after former President Barack Obama vacated his seat to move to the White House. 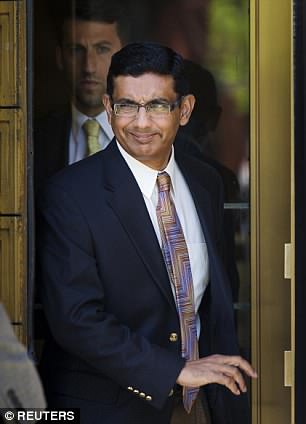 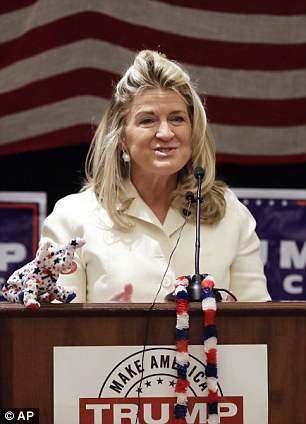 He called the result ‘really unfair,’ and insisted he didn’t know Blagojevich beyond their interactions when he was a contestant on ‘The Apprentice’ while he awaited trial.

‘Plenty of other politicians have said a lot worse. And it doesn’t– he shouldn’t have been put in jail,’ he said. ‘And he’s a Democrat. He’s not my party. But I thought that he was treated unfairly.’

‘Plenty of other politicians could have said a lot worse,’ he added, reflecting on an infamous FBI phone tap that caught him saying he wanted ‘something real good’ in exchange for unilaterally sending someone to Congress.

He called the power to create a federal legislator with the stroke of a pen ‘a f***ing valuable thing. You just don’t give it away for nothing.’

Trump said Thursday that he was less interested in pardoning Blagojevich than in a ‘curtailment’ of his sentence.

The U.S. Supreme Court announced in April that the justices would not hear his appeal. 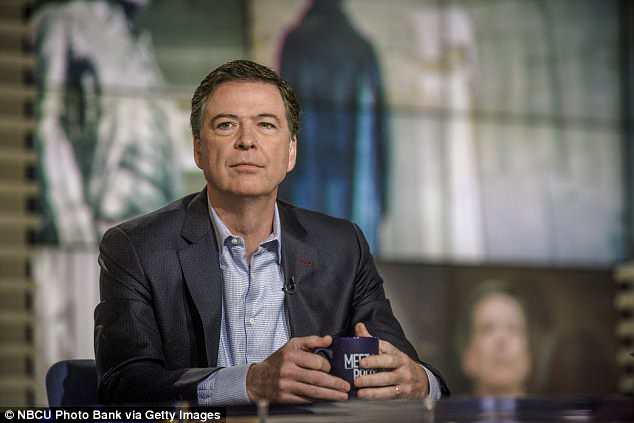 The White House said Thursday of Trump’s pardon of D’Souza that the right-winger ‘was, in the President’s opinion, a victim of selective prosecution for violations of campaign finance laws.’

Trump told reporters that he had spoken personally with D’Souza ‘for three minutes last night,’ adding that ‘he almost had a heart attack.’

D’Souza was prosecuted by Preet Bharara, a former U.S. Attorney in New York who became a bitter Trump opponent after the president fired him, along with dozens of other federal prosecutors, upon taking office.