Trump order would ban most transgender troops from serving

Donald Trump has announced he is pushing ahead with plans to ban transgender people from serving in the military.

The White House released a memo on Friday evening stating that transgender people are ‘disqualified from military service except under limited circumstances.’

The White House says retaining troops with a history or diagnosis of ‘gender dysphoria’ – those who may require substantial medical treatment – ‘presents considerable risk to military effectiveness and lethality.’

Trump received recommendations from Defense Secretary Jim Mattis in February for dealing with transgender individuals serving in the military.

Trump surprised the Pentagon’s leadership in a 2017 tweet when he declared he would reverse an Obama-era plan to allow transgender individuals to serve openly.

And it set a July 2017 deadline for determining whether transgender people could be allowed to enter the military, which Defense Secretary Jim Mattis had delayed that to January 1, 2018.

But in July last year, Trump announced he planned to ban transgender people from serving.

Trump said on Twitter at the time that the military ‘cannot be burdened with the tremendous medical costs and disruption that transgender in the military would entail.’

However, the ban has faced several legal challenges. Federal judges – in Baltimore, Washington, Seattle and Riverside, California – all issued rulings blocking Trump´s ban. The judges said the ban would likely violate the right under the U.S. Constitution to equal protection under the law.

And, when the January 1 deadline passed, the Pentagon had to begin allowing transgender recruits to seek enlistment.

At least one, openly transgender recruit immediately signed a contract to join the U.S. military, and officials admit they have no numbers on how many transgender people have enlisted since that date. 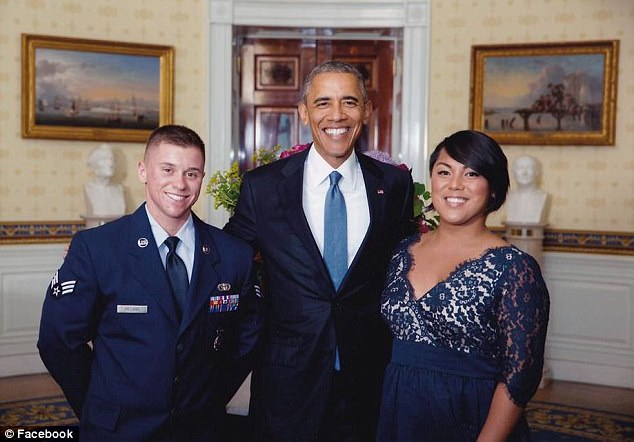 New rules: Barack Obama (pictured with transgender Staff Sgt Logan Ireland, right) lifted the DADT rules in 2016. A survey suggested just 29-129 of up to 6,000 transgender members would be rendered non-deployable by transitioning 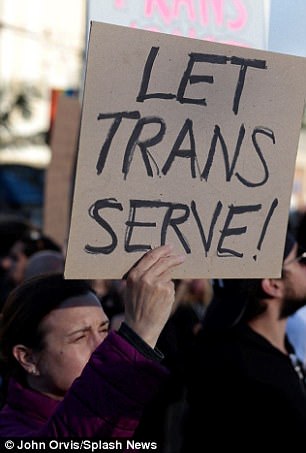 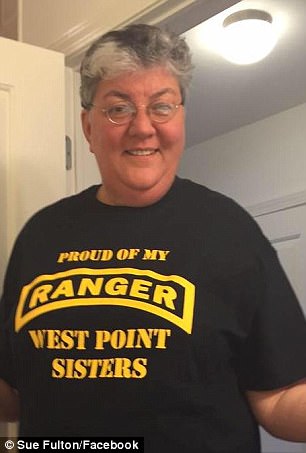 Opposed: Almost 60% of Americans are against the ban. Ex-Army captain Sue Fulton (right) said nothing about trangender people or their ongoing treatment makes them non-deployable 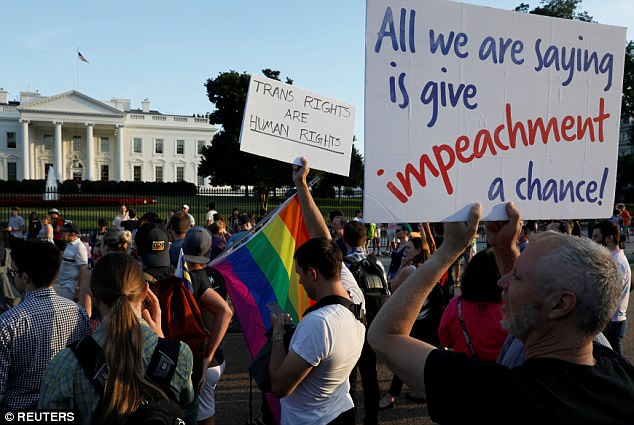 Angry: Trump’s decision angered protesters, and came after conservatives pressured him. They were concerned about the July 1, 2017 date Obama set for letting in transgender people

There are also believed to be hundreds of transgender individuals who have come out and been serving openly since Obama’s 2016 announcement.

The move has been heavily criticized by transgender representatives.

‘Transgender people are just as deployable as other service members,’ said Sue Fulton, the former president of Sparta, a military organization for LGBT people that advocates for open service, after Trump’s announcement last year.

She said that there are no ‘ongoing treatments’ that would render transgender soldiers, sailors and pilots non-deployable.

‘Thus there’s no difference between the deployability of transgender service members’ and that of others, she said.

A Rand Corp study commissioned last year estimated that there were between 1,320 and 6,000 transgender people openly serving in the military. 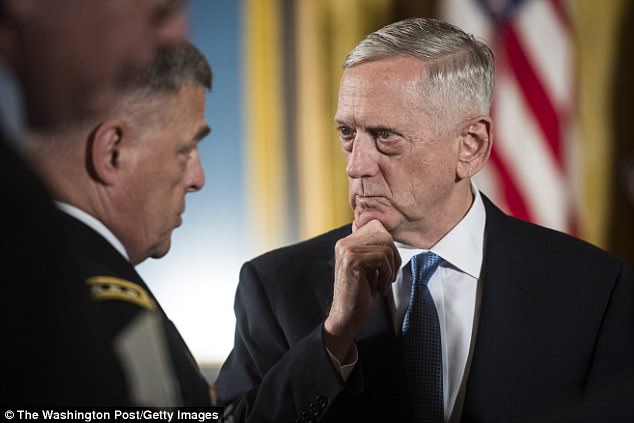 Kicking out: Defense Sec. Jim Mattis (right) must remove anyone who is ‘non-deployable’ – which includes transgender service members, according to the new guidelines 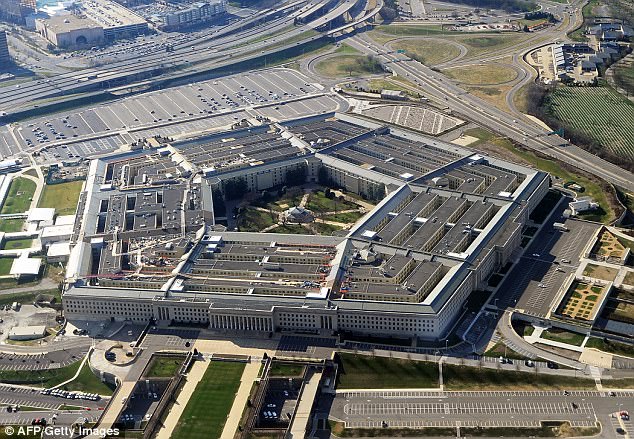 Plans: Until now the Pentagon had no rules by which to manage or justify the removal of any transgender service members, who were told they could come out in 2016 by Barack Obama

Advocacy groups put the figure for those on active duty at 7,000 and total figures across all areas of the military at 11,000.

The Rand Corp survey noted that not all of them seek treatment – and those that do have treatment that would render them non-deployable are few in number.

Using surveys and private health insurance data, the study concluded that only 29 to 129 members in the military’s active component would be rendered non-deployable by their planned treatment.

It’s also just 2.86-10 per cent of the $84 million spent by the US military on Viagra and similar sexual health supplements per year, according to Military Times. 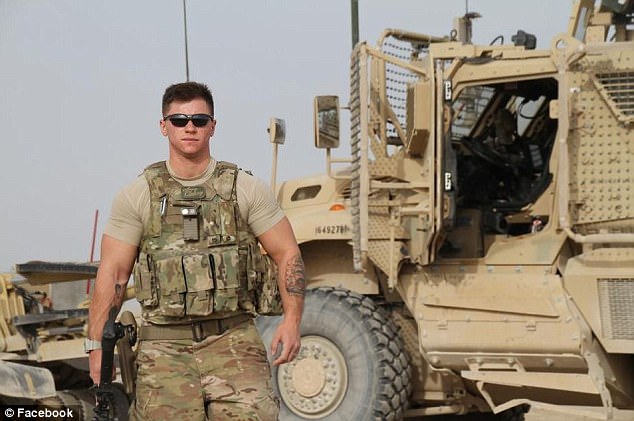 Proud: Ireland (pictured) who has served in Afghanistan, said that he would continue serving in the military for as long as he was able

Transgender airman Staff Sgt. Logan Ireland told Air Force Times, shortly after the July announcement: ‘I would like to see them try to kick me out of my military.’

‘You are not going to deny me my right to serve my country when I am fully qualified and able and willing to give my life.’

Ireland – who has served in Afghanistan – first shared his story in 2015, three years after he began transitioning, and consulted with the Air Force in 2016 as it drafted guidance for admitting transgender people after Obama’s announcement.

Another transgender man – corporal who did not wish to be named – told the site: ‘I have never described myself as trans; I’m a motherf***ing Marine.’

‘That’s all that matters. Don’t tarnish my title with your bigotry and fear of the unknown.’