Impending retirements of coal-fired and nuclear power plants are harming the nation’s electric grid and reducing its resilience, and the president wants immediate action ‘to stop the loss of these resources,’ Sanders said. 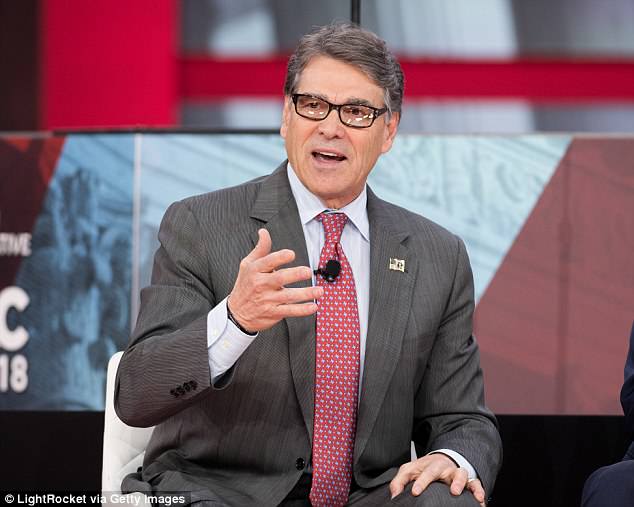 Environmental groups decried the support for coal over cleaner energy sources, while energy industry groups warned that it could raise prices.

The Energy Department action, if ordered, would represent an unprecedented intervention into U.S. energy markets.

A draft memo urges federal action to ‘stop the further premature retirements of fuel-secure generation’ from coal and nuclear plants that have struggled to compete with natural gas and renewable energy sources such as wind and solar power. The Associated Press obtained a copy of the memo.

The plan would exempt power plants from obeying a host of environmental laws and spend billions to keep coal-fired plants open. 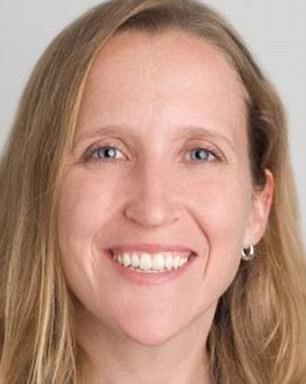 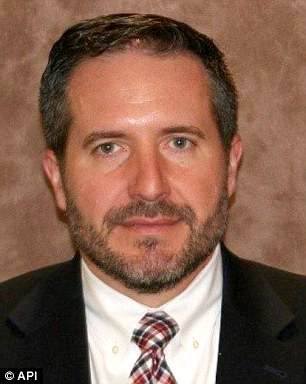 Amy Farrell (L), vice president of the American Wind Energy Association and Todd Snitchler of the American Petroleum Institute (R) both panned the move as ineffective and expensive

‘Unprecedented government intervention in the energy markets to support high-cost generation will hurt customers by taking more money out of their pockets rather than letting people keep more of what they earn,’ said Todd Snitchler of the American Petroleum Institute, the top lobbying group for the oil and gas industry. 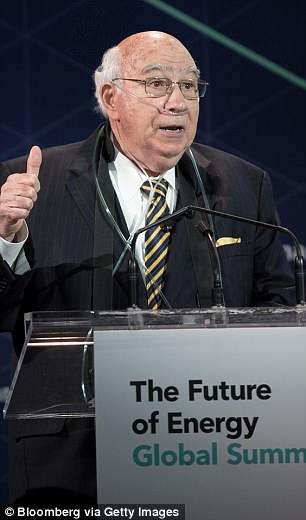 Murray has been seeking emergency action to boost his industry since last year and has met with Trump to argue that federal help was needed to avert thousands of layoffs and maintain the reliability of the electric grid up and down the East Coast.

‘We support all efforts to ensure the security of our nation’s electric power supply, which is critical to the reliability of our electric power grids, to low-cost electricity and to our national defense,’ Murray said Friday in a statement.

The draft plan calls for the Energy Department to exercise emergency authority under a pair of federal laws typically reserved for wars or natural disasters.

The plan calls for Perry to use the Federal Power Act and the Defense Production Act to temporarily delay retirements of coal and nuclear plants. 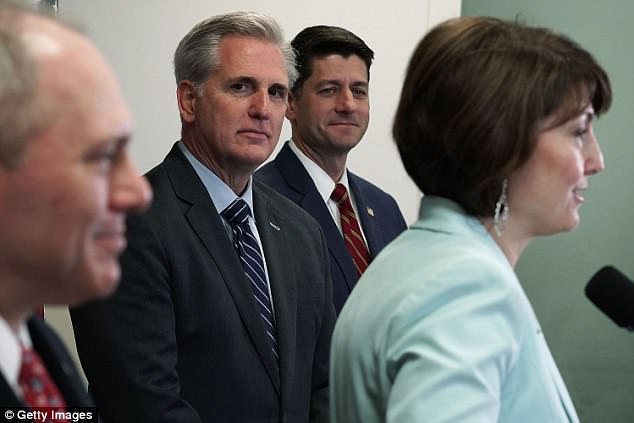 A power plant lobbyist, who also is close to House Majority Leader Kevin McCarthy (Pictured), R-Calif., dined with Trump in April along with McCarthy and GOP donors

‘This prudent stop-gap measure’ will allow coal and nuclear plants to remain open while the department takes further steps to secure the grid, the memo said.

Among those arguing for federal action is Jeff Miller , a well-connected GOP fundraiser who has served as an adviser to Perry and other Republicans and ran Perry’s unsuccessful presidential campaign in 2016.

Miller, who also is close to House Majority Leader Kevin McCarthy, R-Calif., dined with Trump in April along with McCarthy and GOP donors. 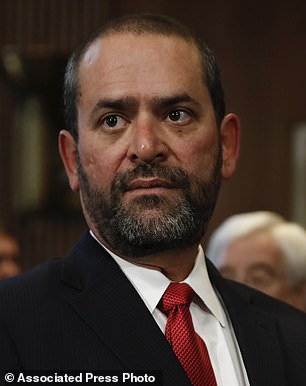 Jeff Miller (pictured) is a lobbyist for FirstEnergy Solutions, a bankrupt power company that relies on coal and nuclear energy to produce electricity

Miller is a lobbyist for FirstEnergy Solutions, a bankrupt power company that relies on coal and nuclear energy to produce electricity.

Ohio-based FirstEnergy is the largest customer for Murray’s Ohio-based coal company and has joined with Murray to seek federal help.

Michael Panfil, director of federal energy policy for the Environmental Defense Fund, called Trump’s directive ‘an unprecedented, illegal government handout’ to the coal and nuclear industries and vowed to fight the order in court.

‘Americans should not have to pay for dirty, uneconomic coal plants that pollute our environment and make people sick – especially when there are cleaner, more affordable energy options available,’ Panfil said.

The independent Federal Energy Regulatory Commission rejected a similar request by Perry in January, saying in a unanimous decision that there’s no evidence that past or planned retirements of coal-fired power plants pose a threat to grid reliability. The draft memo was first reported by Bloomberg News.