Jill Martin, was named as an attorney who represented Essential Consultants, LLC, CNN reported on Wednesday.

Her name was listed under a demand for arbitration form through the company last month.

The adult film star Daniels has been in the limelight more recently after she accepted $130,000 in hush money from Trump over their alleged romp session before the 2016 election. 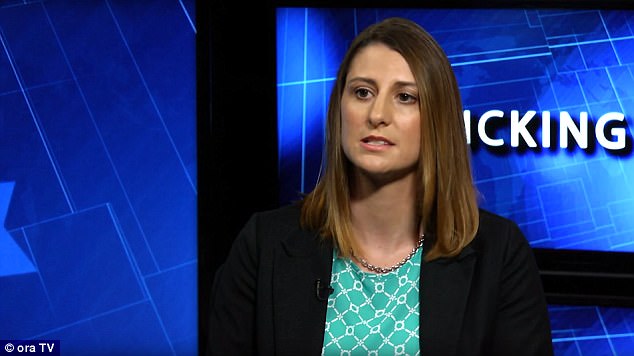 Trump has since denied Daniels’ allegations about the extramarital affair.

In response to the newly-seen documents, Martin told CNN, ‘The Trump Organization is not representing anyone and, with the exception of one of its California based attorneys in her individual capacity facilitating the initial filing, the company has had no involvement in the matter.’

The news comes shortly after the entertainer set up a legal defense fund to ‘speak honestly and openly’ about her alleged affair with the president.

She set up the Crowd Justice page to help raised funds to further bring awareness to the public the alleged affair and how Trump used ‘intimidation tactics’ against her. 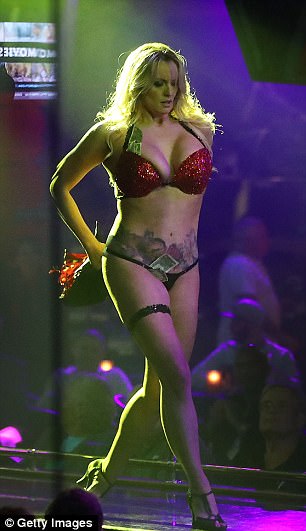 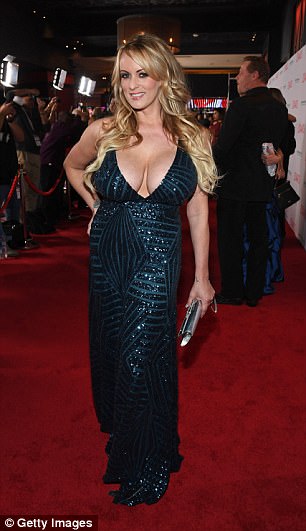 Stephanie Clifford, who uses the stage name Stormy Daniel, is pictured at a strip club on March 9, 2018 in Pompano Beach, Florida, and right, at the Hard Rock Hotel & Casino on January 27, 2018 in Las Vegas, Nevada 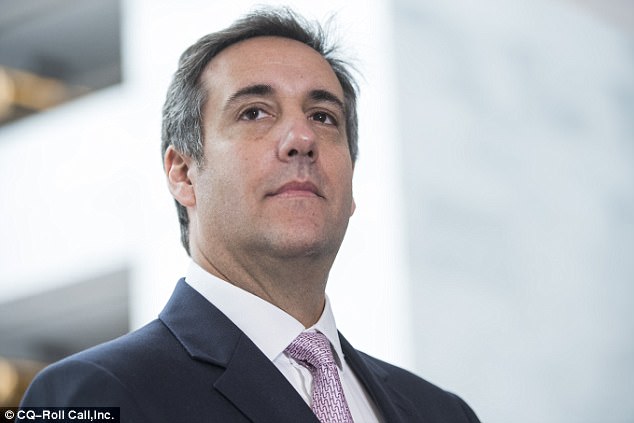 Michael Cohen, a personal attorney for President Trump, addresses the media in Hart Building after the Senate Intelligence Committee meeting to discuss Russian interference in the 2016 election was postponed on September 19, 2017. Cohen said Martin was working in a private capacity

While Daniels, 38, has signed non-disclosure agreement with Trump and Cohen, her lawyer, Michael Avenatti, is waging a legal and PR strategy to have it lifted.

As of 12am Thursday, the crowdfunding page reached donations totaling over $100,000.

Daniels further wrote to the page she needs the funds to pay ‘attorneys’ fees; out-of-pocket costs associated with the lawsuit, arbitration, and my right to speak openly; security expenses; and damages that may be awarded against me if I speak out and ultimately lose to Mr. Trump and Mr. Cohen.’

The fees are a result of Daniels’ public lawsuit to void the non-disclosure agreement.

‘I recently made an offer to return the $130,000 I was previously paid if it was agreed that I could simply tell the truth publicly. Mr. Trump and Mr. Cohen did not even bother to respond,’ Daniels went on to say.

‘I am more fortunate than many, many people in this country. And for that I am grateful. But unfortunately, I do not have the vast resources to fight Mr. Trump and Mr. Cohen alone. Thank you for supporting me.’ 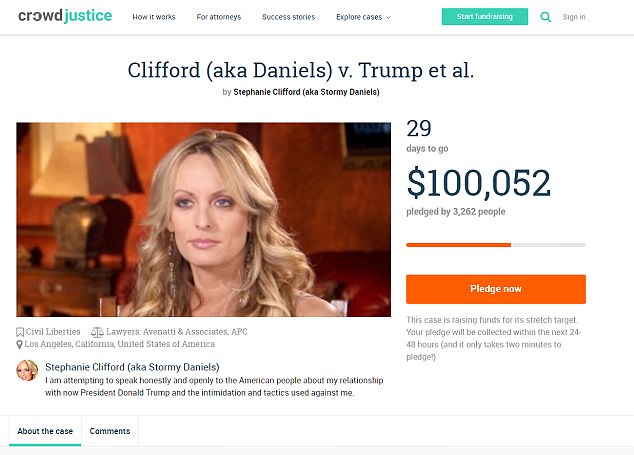 Daniels has launched a crowdfunding site to raise funds for her legal fees, any fines, and security as she seeks to speak ‘openly’ about her alleged affair with President Trump 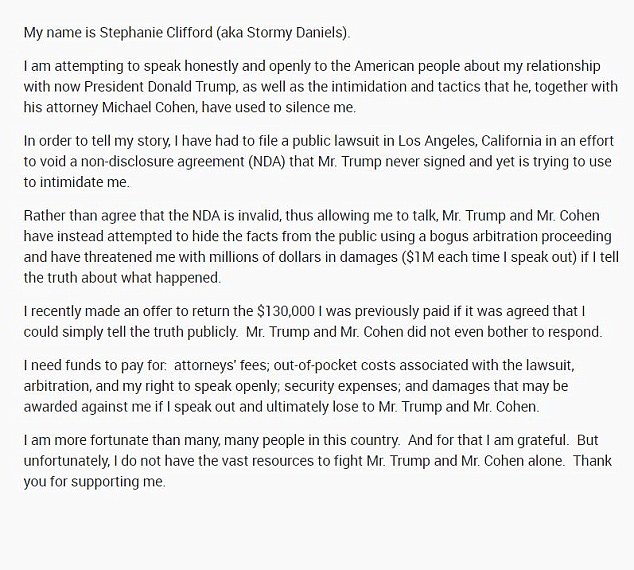 Daniels is seeking funds to pay ‘attorney’s fees, out-of-pocket costs associated with her lawsuit against Trump, security expenses, and damages