Stephen Bannon may no longer be in the White House, but insiders claim he still has the President’s ear.

Sources within the Trump administration claim that the commander-in-chief still regularly calls Bannon when chief of staff John F. Kelly is out of the office.

A person close to the President also told the Washington Post that some of Trump’s closest allies brand Kelly ‘the church lady’ because he is viewed as ‘strict and morally superior’.

Sources within the Trump administration claim that he commander-in-chief still regularly calls Bannon when chief of staff John F. Kelly is out of the office

He said: ‘General Kelly is trying to treat the president like a mushroom. Keeping him in the dark and feeding him s*** is not going to work. Donald Trump is a free spirit.’

Bannon was fired as chief strategist last month and returned to his position of executive chairman of Brietbart News. 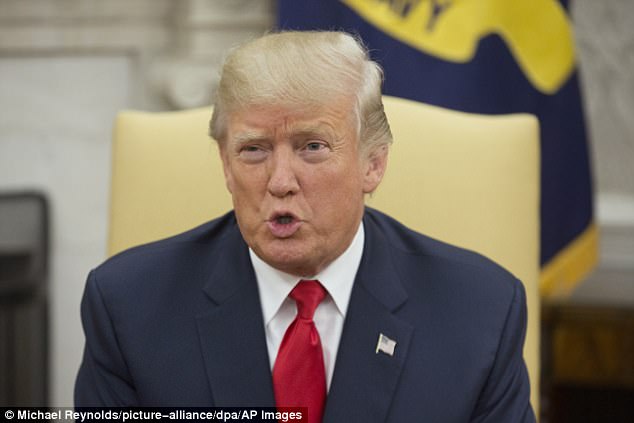 Concerns have been raised within the White House about Trump’s relationship with his Chief of Staff, John F Kelly

Trump loyalists have branded Chief of Staff John F. Kelly ‘the church lady’ because of his morally superior attitude, it has been claimed

At the time he said that the ‘Trump presidency we fought for is over’, but vowed to continue supporting the President when they were in agreement.

On Tuesday it emerged that Trump and Bannon disagree on the best candidate in Alabama’s contested primary election.

Trump endorsed the incumbent, Sen. Luther Strange in an early August tweet, saying Strange has done ‘a great job representing the people of the Great State of Alabama. He has my complete and total endorsement!’

Bannon is, however, backing a different candidate in Alabama, controversial former state chief justice Roy Moore, who has received national coverage over the years for his crusade to display the Ten Commandments.