Donald Trump’s administration has announced plans to extend the number of fast-track deportations across the US amid a growing crisis at the border with Mexico.

Under new plans, border officials will have the power to deport migrants before they appear at court, which the White House says will limit the amount of time they spend in controversial detention centers.

After the announcement, the American Civil Liberties Union and American Immigration Council immediately promised to sue in a bid to stop the policy. 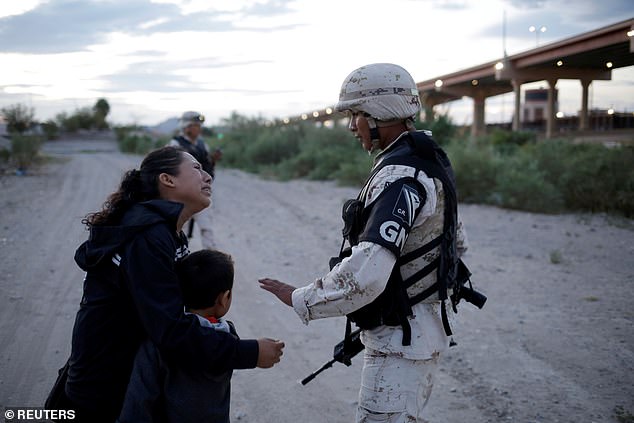 Guatemalan migrant Lety Perez embraces her son Anthony while asking a member of the Mexican National Guard to let them cross into the United States at the border in Ciudad Juarez, Mexico

‘Immigrants who have lived here for years would be deported with less due process than people get in traffic court,’ he told Fox News.

It is expected to come into force today.

Critics of the fast-track system argue it grants too much power to Customs and Border Protection officials in deciding the fate of migrants.

Fast-track deportations can also apply to anyone in the country illegally for less than two years. 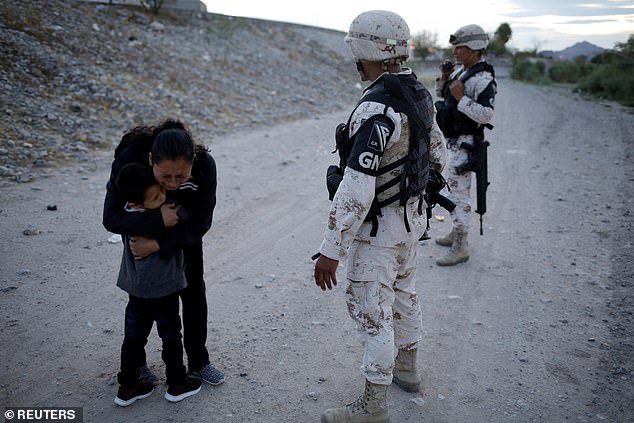 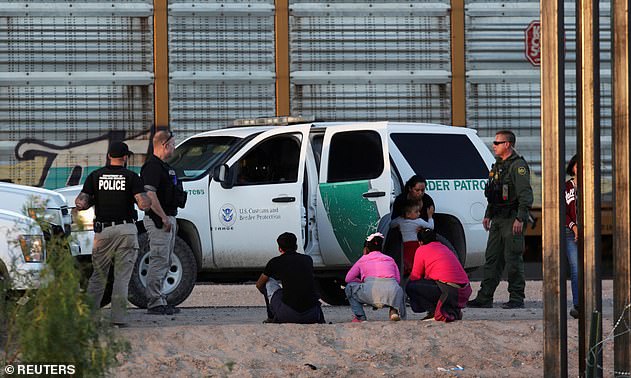 An immigrant family is detained by the U.S. Customs and Border Protection officials after crossing illegally into the US and turning themselves in to Border Patrol in El Paso on July 9

It comes just eight days after an unprecedented number of families arrived at the border from Guatemala, Honduras and El Salvador.

Kevin McAleenan, the acting Homeland Security secretary, said the ‘expedited removals’ were being brought in to address an ‘ongoing crisis on the southern border’.

McAleenan said the policy would free up beds in detention facilities and reduce a backlog of more than 900,000 cases in immigration courts.

He also argued that putting power in the hands of immigration officers would put less strain on the Justice Department’s immigration courts, where cases can take years to resolve.

McAleenan said 20,570 people arrested in the nation’s interior from October 2017 through September 2018 year had been in the U.S. less than two years, which would make them eligible for fast-track deportation under the new rule. 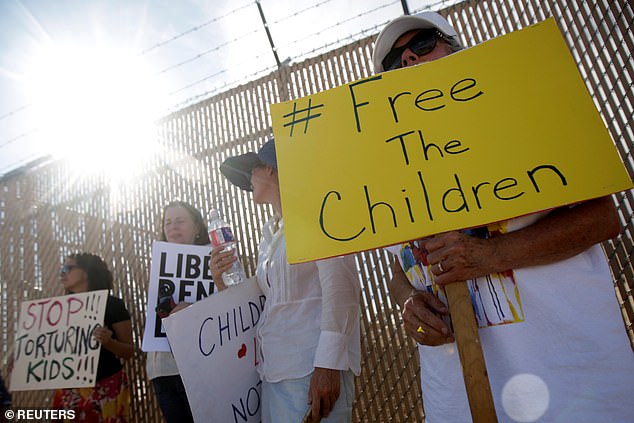