President Donald Trump on Saturday spent his fourth day in a row golfing in Florida after going more than a month without his favorite game.

The president had gone without his weekend golf games for the past month, instead spending his time on the campaign trail for the midterm election.

President Trump has played golf four days in a row while at Mar-a-Lago, seen here leaving his Trump International Golf Course on Friday 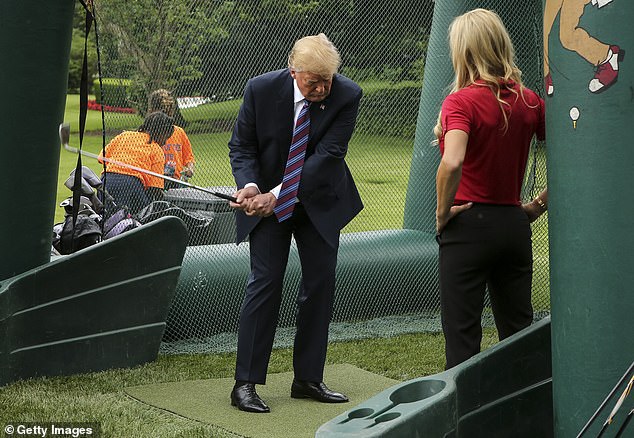 On Friday, the president kicked off the third day of his vacation with a few tweets directed toward lawmakers on Capitol Hill and then sped off to his golf course, where he spent five hours.

His round on Wednesday – when he played with golfing legend Jack Nicklaus – was his first in more than a month, the longest stretch he’s gone without playing as president, according to a Washington Post analysis.

Trump, who usually hits the links on the weekends, had been barnstorming for GOP candidates around the country.

Before he left for Florida with his family on Tuesday, the president told reporters he would be working hard during his break.

‘We’re going now to the southern White House,’ Trump said as he prepared to leave 1600 Pennsylvania Avenue for the holiday. ‘We have a lot of work we’re going to be doing in Florida,’ he added.

Trump has worked while he’s been at his ‘Winter White House,’ as his Mar-a-Lago estate is known.

On Thanksgiving Day, he called troops stations overseas, talking with an Air Force Unit in Afghanistan, Marines in Kuwait, Army soldiers in Afghanistan, Coast Guard officers in Bahrain, and a Navy Commander.

‘Melania and I want to express our gratitude for the sacrifices you make to defend your nation while you are away from your family and loved ones,’ he told troops at the start of the call.

‘I hope you will take solace in knowing that all of the American families that you hold close to your heart we’re all doing well,’ he added.

He then delivered sandwiches to a Coast Guard station near his Florida property.

He also invited them to golf at one of his two private clubs here.

The president even offered a bet.

‘Anybody that wants to go, you go,’ he said.

He then left for the golf course, getting in a round before Thanksgiving dinner with his family. 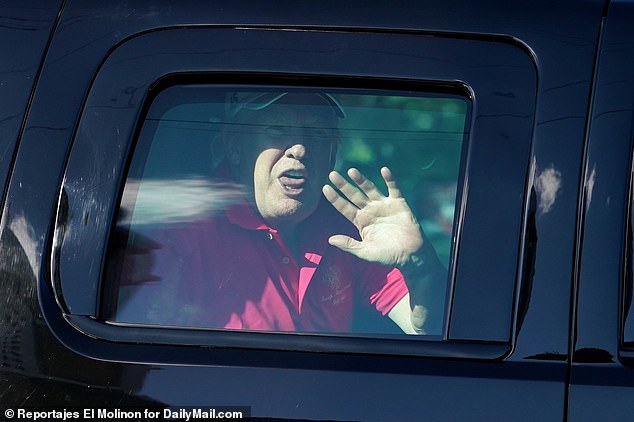 Trump went back to his golf course Saturday morning 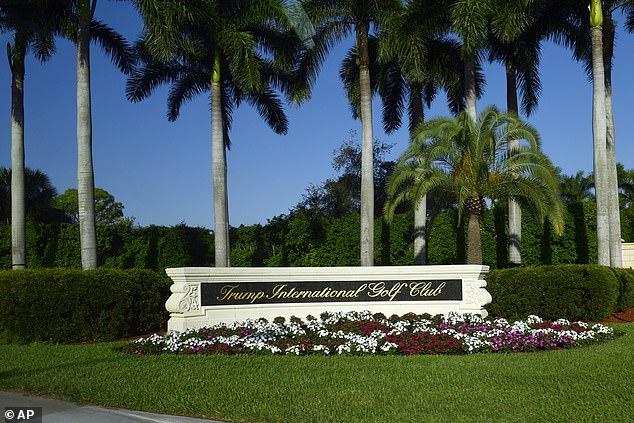 On Wednesday, his first full day in Florida, the president played a ‘quick round’ with golfing legend Jack Nicklaus, 78, and and grandson Gary ‘G.T.’ Nicklaus Jr.at the Trump International Golf Club.

Jack Nicklaus is a six-time Masters winner. G.T. sank a hole-in-one on ninth hole of the Masters Par 3 Contest last spring at the age of 15.

Golf has been a steady presence in the president’s down time.

Nearly every day over previous breaks, the president has left Mar-A-Lago early in the day to travel by motorcade to Trump International Golf Club.

The private course is not visible from the road, save for one hole where CNN has repeatedly captured Trump driving around in a golf cart on days when the White House refused to confirm the president was playing.

He has returned to Mar-a-Lago on those occasions late in the afternoon for dinner with his family, supporters, club members and politicians that are closed to press, although he has not always been able to prevent photos from landing on social media.

Trump, through his Trump Organization, runs 17 different golf courses around the country, including two near Mar-a-Lago.

Last year, the first family spent so many weekends on the property that it was dubbed the ‘Winter White House,’ a nickname that even the president has used. He has also referred to Florida as his adopted home. 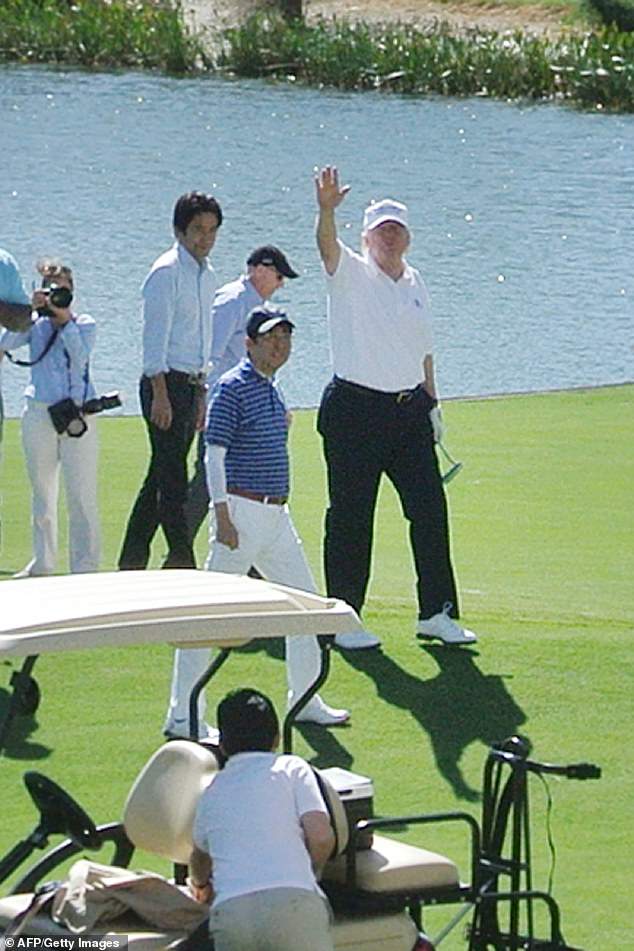 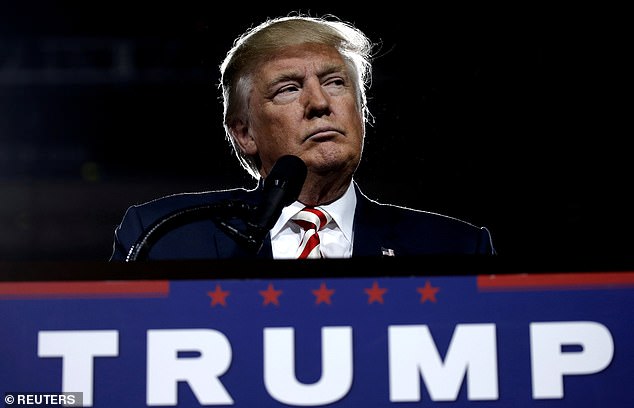 Trump has spent the last month on the campaign trail for Republican candidates, such as during his October rally in Arizona

As of October, Trump has played golf 159 times since becoming president – mostly at his properties in Florida; Bedminister, New Jersey; or near Sterling, Virginia – according to Golf News Net.

The White House is sensitive about the president’s golf playing and takes pains to emphasize he’s in meetings and on calls when he’s at one of his properties at Mar-a-Lago or Bedminster.

He’s hosted foreign leaders such as President Xi Jinping of China and Prime Minister Shinzō Abe of Japan. Trump and Abe fit in a round of golf at their April meeting after the White House said they wouldn’t have time.