Donald Trump circulated a claim Wednesday on Twitter that Democratic Rep. Ilhan Omar danced at a party on last week’s anniversary of the 9/11 terror attacks – something that never happened.

‘GET THIS WOMAN OUT OF OFFICE,’ right-wing commentator Terrence Williams tweeted. ‘Ilhan Omar partied on the anniversary of 9/11 because she believes “Some People Just Did Somethings”.’ [sic]

Trump mocked the video, writing that Omar, ‘a member of AOC Plus 3, will win us the Great State of Minnesota.’ The president also called her ‘[t]he new face of the Democrat Party!’

The video footage of Omar dancing to a song by the R&B artist Lizzo was shot Friday night, September 13, at a party hosted by the Congressional Black Caucus Foundation. 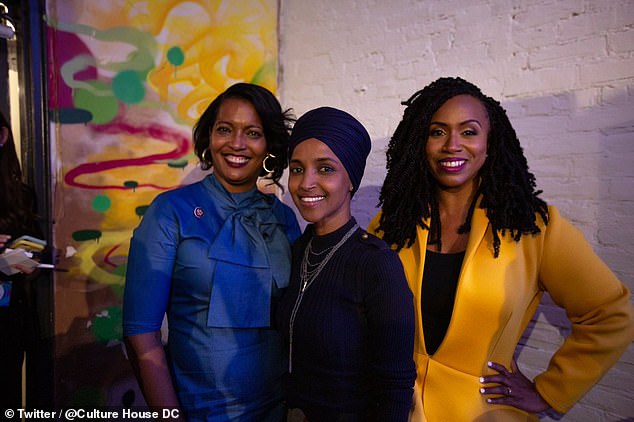 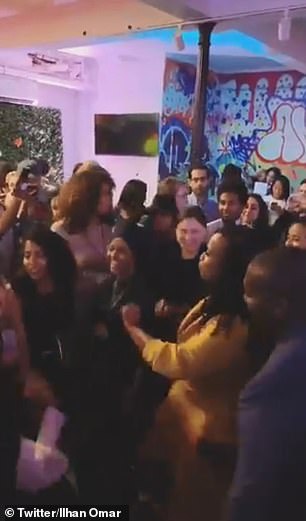 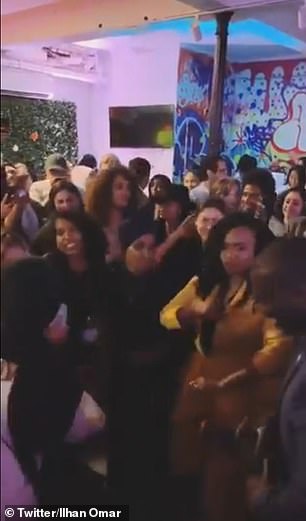 A video captured Rep. Ilhan Omar (in hijab) and Rep. Ayanna Pressley (in yellow) dancing to Lizzo’s ‘Truth Hurts’ at a September 13 event in Washington, DC

Williams’ reference to ‘Some People’ was a nod to a long-festering public relations crisis brought on by Omar’s comments in March at a Council on American-Islamic Relations event.

She said then that the group ‘was founded after 9/11 because they recognized that some people did something and that all of us were starting to lose access to our civil liberties.’

Conservatives have said Omar minimized the impact of 9/11, suggesting she is sympathetic to the attackers.

A spokesman for the first-term congresswoman did not respond to a request for comment on Wednesday. 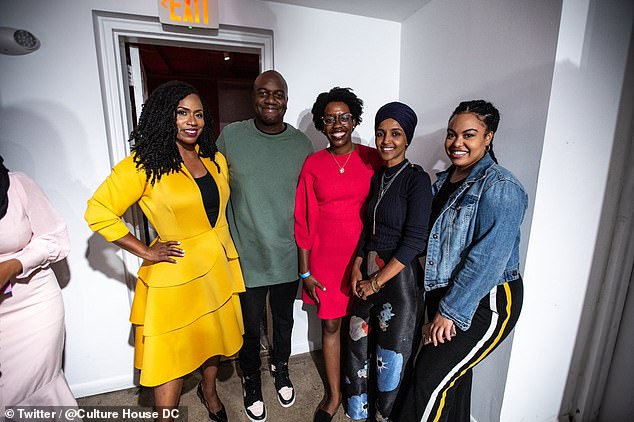 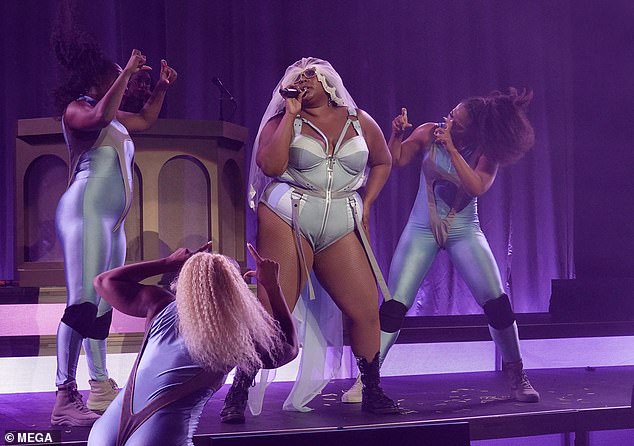 The song Omar and other lawmakers danced to on the Friday night video, called ‘Truth Hurts,’ is about a woman who is jilted by a man who decides to stay in a relationship with his longer-term lover.

Omar has been conducting an illicit affair with a married man, political consultant Tim Mynett, according to his wife’s divorce filings.

Omar has denied the relationship. She and her husband split in March.

The video at the center of Trump’s latest Twitter misstep originated with Adam Green, co-founder of the Progressive Change Campaign Committee, that captured her dancing to the singer’s hit, “Truth Hurts,” at an event during the Congressional Black Caucus week.

Williams first gained fame when Trump retweeted his conspiracy theory video that suggested pedophile Jeffrey Epstein didn’t commit suicide in jail but was killed by someone trying to ensure ‘information don’t come out’ that might implicate former president Bill Clinton. 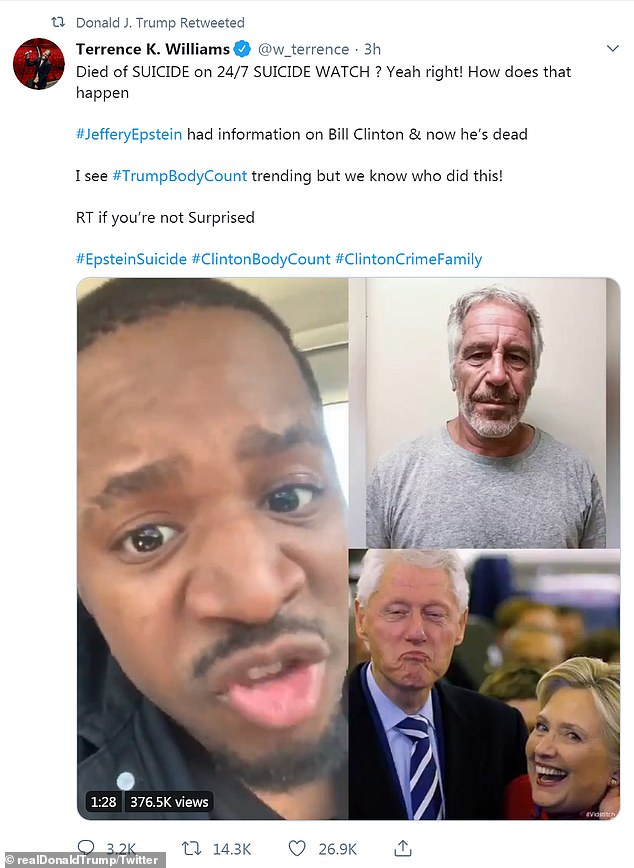 Trump drew fire after he retweeted a baseless claim in August from Williams that Bill Clinton was involved in the death of Jeffrey Epstein, who killed himself in a Manhattan jail cell

‘Died of SUICIDE on 24/7 SUICIDE WATCH ? Yeah right! How does that happen” Williams had written. ‘#JefferyEpstein had information on Bill Clinton & now he’s dead. I see #TrumpBodyCount trending but we know who did this!’

He goes on to imply that Jeffrey Epstein had information on the Clintons and that they were somehow responsible for his death so that “information don’t come out”. Williams said he had been forecasted Epstein’s death prior to his suicide.

The president defended his decision to amplify Williams’ claims, telling reporters at the time: ‘That was a retweet, that wasn’t from me.’

Trump considered Williams a reliable source, however. ‘He’s a man who has half a million followers. The retweet was from somebody that’s a very respected conservative pundit, so I think it was fine,’ he said.