President Donald Trump’s latest promotion in the white house is to a former Fox and Friends host, where she will have the fourth-highest ranking position within the division.

Heather Nauert, who joined the State Department as a spokeswoman in April 2017, will now serve as acting under secretary for public diplomacy and public affairs, replacing Steve Goldstein, who was fired shortly after Rex Tillerson.

The former broadcaster will continue to serve as a spokeswoman for the State Department while also taking on Goldstein’s responsibilities.

State Department spokeswoman Heather Nauert speaks during a briefing at the State Department in Washington DC, who has now been promoted to the fourth-highest ranking position within the Trump administration President Donald Trump’s, pictured here in Washington, DC, latest promotion in the white house is to a former Fox and Friends host, where she will have the fourth-highest ranking position within the division

Nauert had been with Fox since 1996, not including a two-year break where she was with ABC News, before joining the Trump administration.

She graduated from Columbia University’s Graduate School of Journalism and Mount Vernon College in Washington.

Trump’s favorite TV network, Fox, appears to be increasingly serving as a West Wing casting call, as the president reshapes his administration with camera-ready personalities. 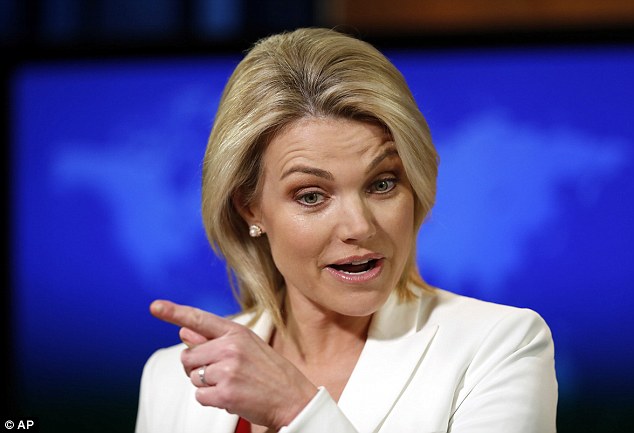 Bolton went on Fox to discuss his selection and said it had happened so quickly that ‘I think I’m still a Fox News contributor.’

‘He’s looking for people who are ready to be part of that television White House,’ said Kendall Phillips, a communication and rhetorical studies professor at Syracuse University. ‘This is the Fox television presidency all the way up and down.’ 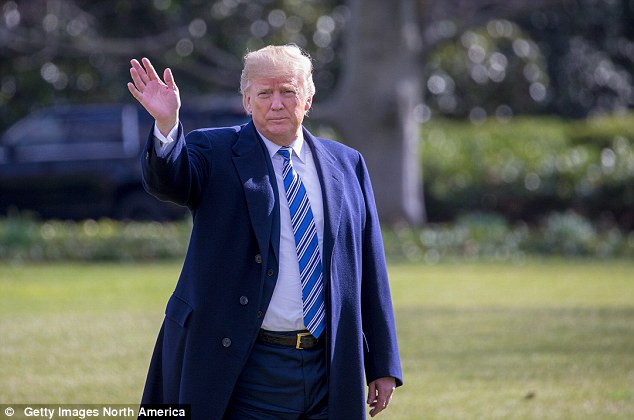 Trump’s favorite TV network, Fox, is increasingly serving as a West Wing casting call, as the president reshapes his administration with camera-ready personalities

Trump’s affinity for Fox News is by now well-documented. He has bestowed more interviews on the network than any other news outlet and is an avid viewer. People close to the president say he thinks Fox provides the best coverage of his untraditional presidency.

It also provides him a window into conservative thinking, with commentary from Republican lawmakers and right-wing thinkers – many of who are speaking directly to the audience in the Oval Office.

On-air personalities Sean Hannity and Laura Ingraham are favorites of the president, who also speaks to them privately. This past week Trump promoted Hannity on Twitter, saying: ‘@seanhannity on @foxandfriends now! Great! 8:18 A.M.’

The president’s early-morning tweets often appear to be reaction to Fox programming. On Friday, for example, Trump tweeted he was ‘considering’ a veto of a massive spending bill needed to keep the government open not long after it was assailed on ‘Fox and Friends’ as a ‘swamp budget.’ 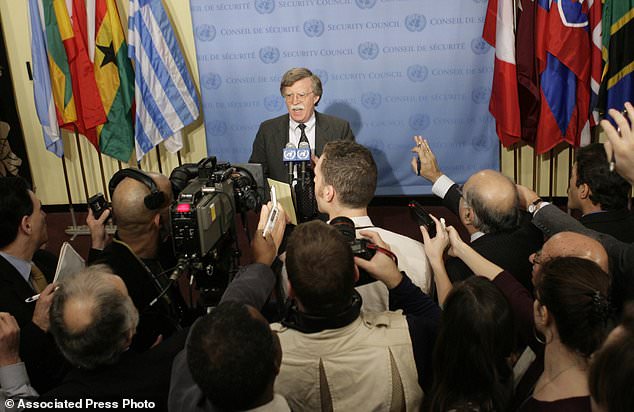 The critic in question was contributor Pete Hegseth, a favorite of the president who has been rumored to be a possible replacement for embattled Veterans Affairs Secretary David Shulkin.

Fox News came in for criticism this past week from CNN chief Jeff Zucker, who on Thursday attacked the rival network by saying it has become a propaganda machine that is ‘doing an incredible disservice to the country.’

Zucker spoke at the Financial Times Future of News conference two days after a former Fox military analyst quit, claiming he was ashamed at the way the network’s opinion hosts were backing Trump. Zucker said that analyst, Ralph Peters, voiced what a lot of people have been thinking about Fox in the post-Roger Ailes era.

Still, in Trump’s Washington, lawmakers and influence-seekers know that the best way to get in Trump’s ear is often to get on Fox. Legislators routinely seek to get airtime when they are trying to push legislation or policy ideas, said congressional aides who sought anonymity because they were not authorized to discuss private thinking. 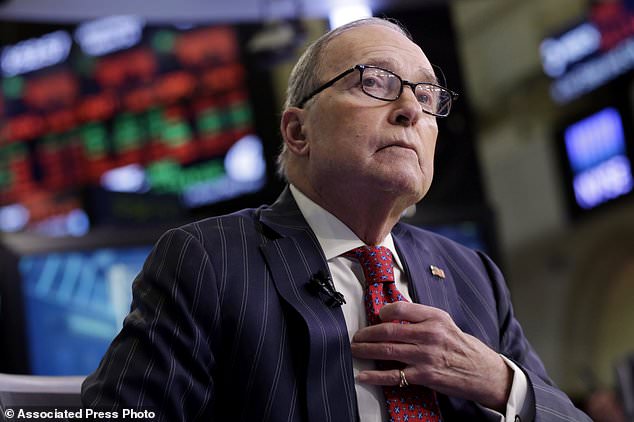 Larry Kudlow, a long-time fixture on the CNBC business news network who previously served in the Reagan administration, is interviewed on the floor of the New York Stock Exchange

This past week, for example, conservative lawmakers unhappy with the spending bill moving through Congress took to Fox. ‘This may be the worst bill I have seen in my time in Congress,’ said Jim Jordan, R-Ohio, on Wednesday.

And when the school shooting in Parkland, Florida, prompted a national conversation on gun laws, Fox contributor Geraldo Rivera used his platform to urge the president to support raising the age requirement to buy assault-type weapons.

‘You’ve gotta let me give my pitch,’ he said on Fox and Friends several weeks ago, noting that he would see Trump that night. ‘Here in Florida and most states a kid cannot buy a beer … and yet he could buy an AR-15 legally.’

The hosts quickly pushed back. ‘Tell him to let the teachers carry concealed,’ said one.

While the coverage varies by show, Fox and Friends tends to be Trump-friendly, with the chipper morning show spotlighting his achievements and bashing the ‘mainstream media.’

On Friday, they featured a teen from the Florida high school where the shooting occurred who opposes gun control efforts, as well as a young conservative activist who interviewed Trump at a White House event the day before.

Also appearing Friday was White House counselor Kellyanne Conway – herself a constant presence on cable news – who pushed back at the idea Trump was focused on hiring TV personalities.

‘The irony is not lost on me that you have a lot of quote ‘TV stars’ calling Larry Kudlow and John Bolton ‘TV stars” Conway said.