The White House is preparing an initial $5.9 billion package in Harvey aid, a down payment to ensure recovery efforts over the next few weeks are adequately funded.

That initial request would be followed by another $6 billion to replace spent disaster relief funds at the end of the month, the New York Times reported.

That funding would get added to a stopgap spending measure to keep the government running, a senior administration official told the paper.

The Hill newspaper put the total price tag of the initial installments at 12.7 billion, citing a senior GOP aide.  The initial funding would be for a disaster relief fund and a Small Business Administration program.

The Trump proposal, which is being finalized pending White House consultations with key Republicans, is likely to be just a fraction of an eventual Harvey recovery package that could rival the $100-billion-plus in taxpayer-financed help for victims of 2005’s Hurricane Katrina.

A senior administration official said the plan will be sent to Congress on Friday, with House and Senate votes appear likely next week. The official was not authorized to release the information publicly before a final decision is made and spoke on condition of anonymity.

House GOP leaders have signaled they are aiming to act fast on Harvey aid. Larger future installments will be required. But the initial package, to replenish Federal Emergency Management Agency disaster coffers through Sept. 30, shouldn’t be controversial.

FEMA is spending existing disaster aid reserves – just $2.1 billion as of Thursday – at a high rate. 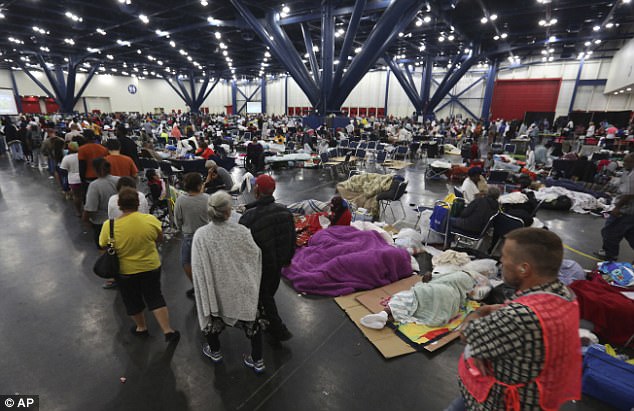 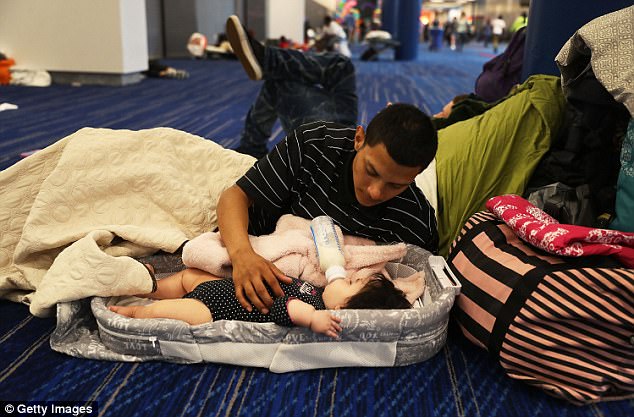 The aide wasn’t authorized to publicly disclose the information in advance of a formal announcement and spoke on condition of anonymity.

The initial aid money would be a down payment for immediate recovery efforts, to be followed by larger packages later, White House homeland security adviser Tom Bossert said. It will take weeks or months to assess the full extent of the damage and need. 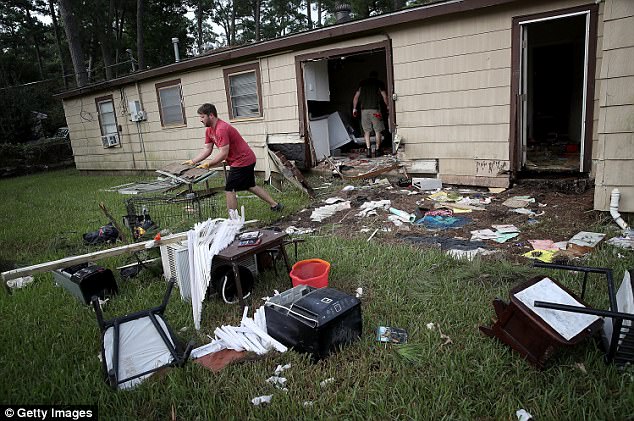 FEMA pays for immediate shelter costs and can finance home repair costs of up to $33,000 or so, but other costs such as flood insurance payments, larger housing damage, and state, local, and government buildings promise a major price tag. 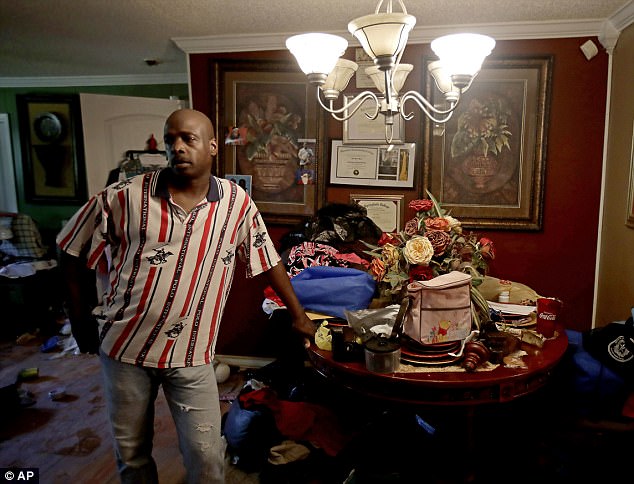 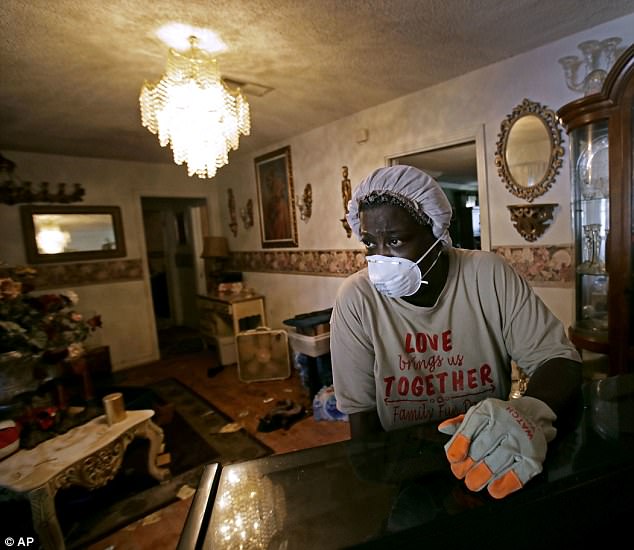 Houston Democratic Rep. Sheila Jackson Lee has already said it could take an aid package of $150 billion to handle the disaster.

Hurricane Katrina in 2005 was the largest disaster the nation has faced, with recovery costs of $110 billion, according to the Congressional Budget Office. Superstorm Sandy in 2012 was followed by a $54 billion federal relief effort.

Katrina aid started with a noncontroversial infusion, followed by considerable wrangling between lawmakers from affected states and more budget-conscious lawmakers. Sandy involved a more public battle between lawmakers from Democratic-leaning New York and New Jersey and GOP conservatives, and Northeast lawmakers have taken to social media sites such as Twitter to say, “I told you so.”

Another aid installment seems sure to be added to a temporary government funding bill. 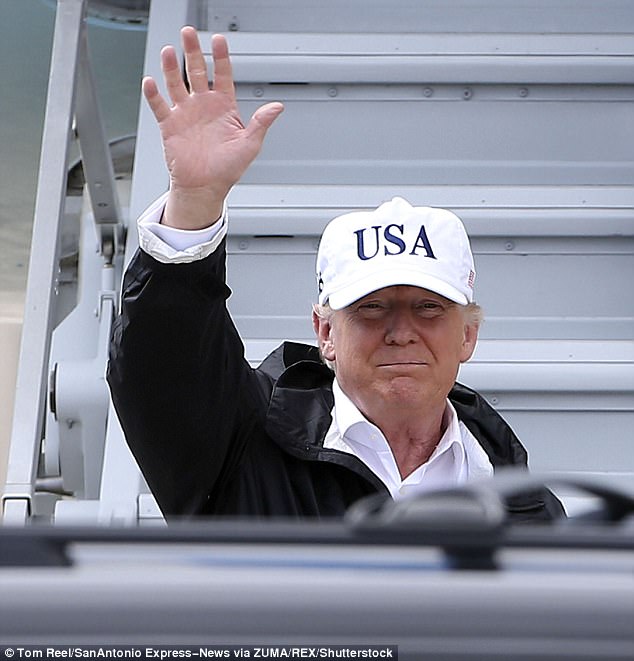 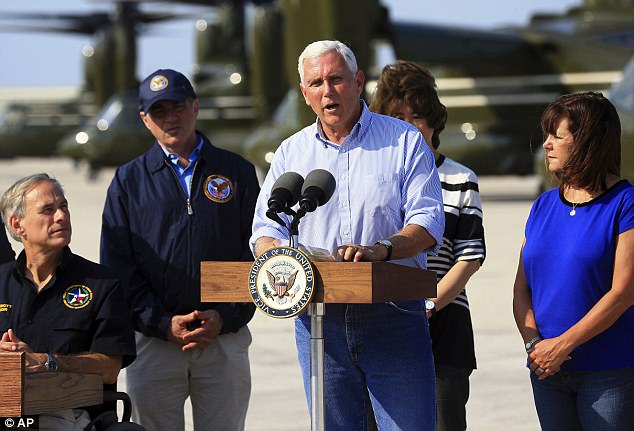 Vice President Mike Pence said President Trump and Melania would return to Texas on Saturday during a press conference in Corpus Christi on Thursday, after spending the day touring the devastated Texas Gulf Coast 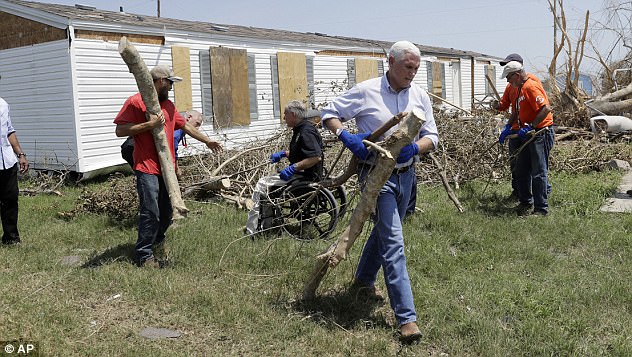 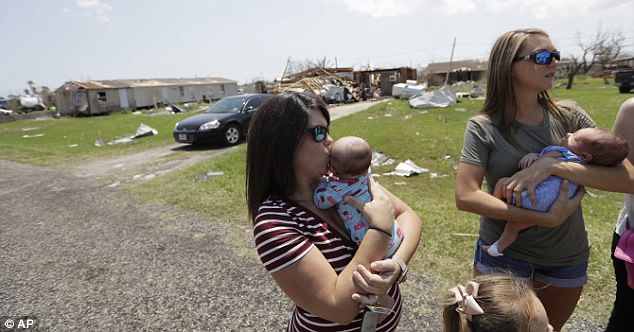 Another concern is that the government’s cash reserves are running low since the nation’s debt limit has been reached and the Treasury Department is using accounting measures to cover expenses. Billions of dollars in Harvey aid are an unexpected cost that at least raises the potential that Congress will have to act earlier than expected to increase the government’s borrowing authority.

Treasury Secretary Steven Mnuchin, however, said on CNBC Thursday that the debt limit deadline probably won’t change by more than a couple of days, if at all.

Also on tap when the House returns: Fixing a poorly-timed spending bill for next year that actually proposes cutting the very disaster aid reserves that are running low now. A catchall domestic spending bill facing a House vote next week includes, for now, an $876 million cut from FEMA disaster accounts to help balance the cost of Trump’s $1.6 billion request for the U.S.-Mexico border wall. But Republicans say that will change before a vote next week.