President Donald Trump is reviving his unverified claims President Barack Obama spied on his campaign and touting the words of a conservative Fox News host who also claims there’s now a precedent for presidents to use the government to spy on political rivals.

Trump, in a series of early morning tweets, quoted Tucker Carlson, who claimed on his show Tuesday night that President Obama had spied on Trump’s campaign and later argued the ‘lunatics on the left’ created a model that future presidents could follow.

‘The Obama people did something that’s never been done…They spied on a rival presidential campaign. Would it be OK if Trump did it next? I am losing faith that our system is on the level. I’m beginning to think it is rotten & corrupt. Scary stuff Obama did.’ @TuckerCarlson DOJ’ Trump tweeted on Wednesday morning. 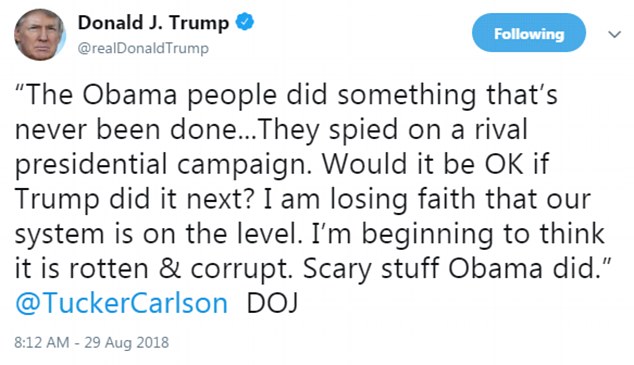 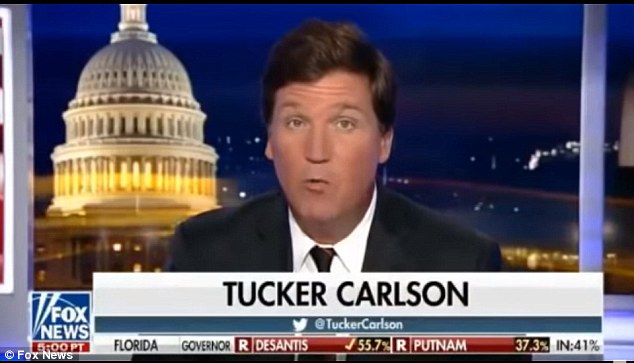 Tucker Carlson is seen as a staunch defender of President Trump

His ‘DOJ’ might have been an indication the tweet was meant for the Department of Justice, who he has heavily criticized for not reining in the investigation of Russia’s role in the 2016 election and for not probing rival Hillary Clinton’s use of a private email server.

The FBI did investigate Clinton’s use of the server and found her actions ‘extremely careless’ but recommended not filing charges against her.

Special Counsel Robert Mueller’s looking into Russia’s role in the presidential contest – and whether or not Trump obstructed that investigation – remains on going.

Trump was quoting Carlson, a conservative pundit who as seen as one of the president’s staunchest defenders.

Carlson, in a conservation with Mollie Hemingway of The Federalist on his Fox show Tuesday night said: ‘The Obama people did something that’s never been done that I’m aware of, they spied on a rival presidential campaign and that’s okay with you. But would it be okay if the Trump did that to the next guy?’

He went on to argue there was now a precedent for presidents to use the government to spy on rival political campaigns.

‘What’s the next election is going to be like?’ he asked attorney Richard Goodstein, who was also a guest on his show. ‘I don’t want the Trump Administration to spy on rival campaigns, but you and the lunatics on the left have created a precedent that will allow them to, and future presidents to do that. I don’t want to live in that country, that’s all I’m saying.’

There has been no proof Obama spied on the Trump campaign. The FBI was investigating the campaign’s ties to Russia during the 2016 election, which Trump argues is evidence of a ‘deep red state’ conspiracy to keep him out of the White House.

In May, Trump demanded the Justice Department investigate his allegation that the Obama administration’s FBI ‘infiltrated or surveilled’ his 2016 campaign.

The agency directed its Office of Inspector General y to formally probe those claims, an investigation that remains ongoing.

Trump’s demand came after multiple reports that the FBI had sent an informant to speak with campaign advisers about matters related to possible Russia ties, which the president has used to claim Obama was spying on him.

Some reports named Stefan Halper, an American professor at Cambridge University, as the FBI informant who met with Trump campaign aidesCarter Page and George Papadopoulos.

Both aides were suspected of dealing with the Russians.

Halper also reportedly met with a third Trump campaign official, Sam Clovis, to whom he reportedly expressed interest in helping the president’s campaign.

The use of an information is common FBI practice in criminal investigations but there is no public evidence that Halper was an FBI informant, and official sources have refused to comment on the subject. Halper has not given any comment on the issue.

Papadopoulos revealed in a plea agreement to having been told by an apparent Russian agent that Vladimir Putin government had access to a raft of hacked Clinton emails before this was made public. He has since pleaded guilty to lying to the FBI.

Page, meanwhile, was under surveillance by the FBI at the time he met with the FBI informant. 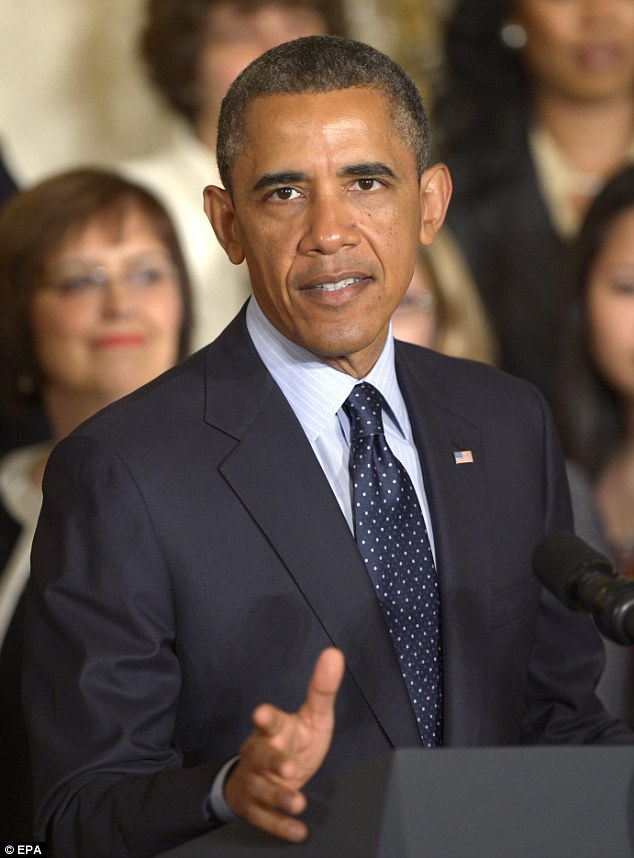 There is no evidence President Obama spied on Trump’s campaign; the FBI was investigating the campaign’s ties to Russia

Trump and his allies claim that FBI surveillance of Page was a done through a tainted FISA warrant that relied on the unverified Christopher Steele dossier, paid for by a law firm with ties to Clinton and the Democratic National Committee.

The dossier claimed the Russians had information on Trump that it could use for blackmail, which the president has denied.

But Trump on Tuesday morning quoted Carlson making another charge – that Clinton and the DNC paid for information from the Russians to use against the American government, likely in a reference to the Steele dossier.

‘Hillary Clinton and the DNC paid for information from the Russian government to use against her government – there’s no doubt about that!’ @TuckerCarlson,’ Trump wrote.

Carlson, on his Fox show Tuesday night told attorney Richard Goodstein:  ‘The Hillary Clinton campaign and the DNC paid for information from the Russian government to use against their opponent. There is no debate about that.’