Gold Star relatives to Timothy Eckels Jr., John Hoagland and Corey Ingram received the packages this week, while one father confirmed his was dated from the White House on October 18, according toThe Atlantic.

Timothy Eckels Sr. said he didn’t hear from the President until Friday.

‘Honestly, I feel the letter is reactionary to the media storm brewing over how these things have been handled,’ Eckels told The Atlantic.

‘I’ve received letters from McCain, Mattis, and countless other officials before his.

‘I wasn’t sure if the fact that the accident that caused Timothy’s death has still yet to officially have the cause determined played into the timing of our president’s response,’ he added. 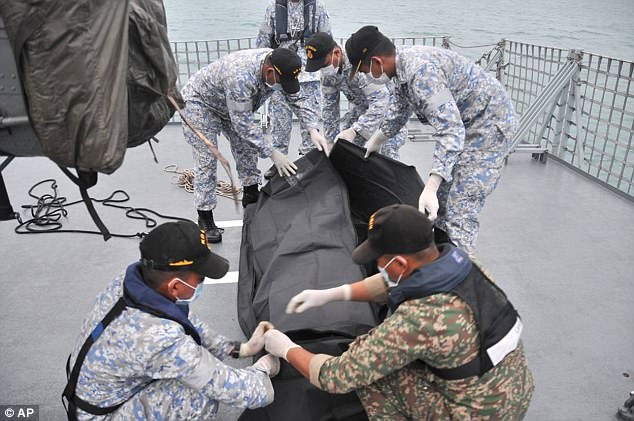 In this photo released by the Royal Malaysian Navy, navy sailors cover an unidentified body on to the deck of KD Lekiu frigate after it was recovered in the waters off the Johor coast of Malaysia, Tuesday, Aug. 22, 2017 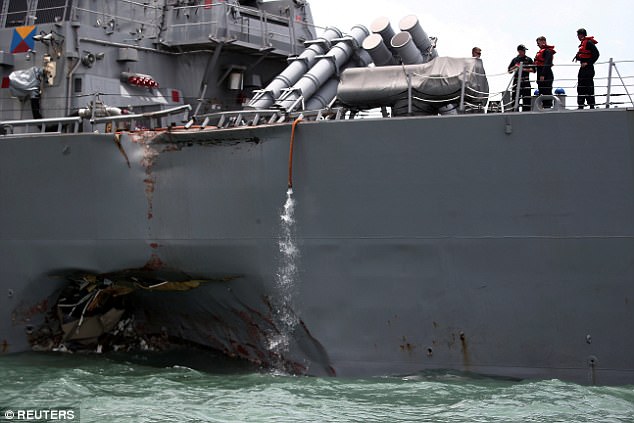 Family members to the late Hoagland and Ingram revealed they also suddenly received the packages in the mail.

Eckels revealed the President’s words ‘seemed genuine’ and respectful’ and even made note of his son’s siblings.

Relatives to the late sailors came forward with the news just days after controversy erupted when Trump failed to speak publicly on late U.S. service members in Niger.

Trump since retracted the claims – suggesting he had contacted the families of ‘virtually all fallen service members’ this month. 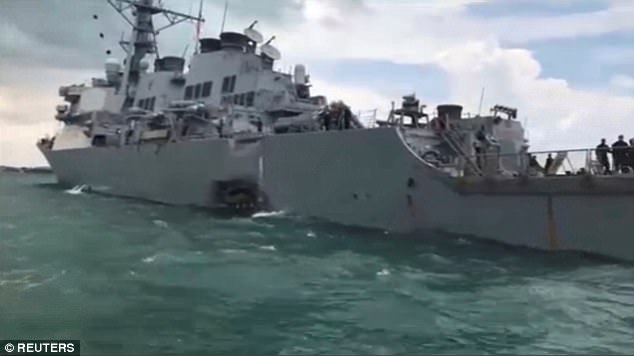 Damage is seen on the U.S. Navy guided-missile destroyer USS John S. McCain after a collision, in Singapore waters in this still frame taken from video August 21, 2017