Former President Donald Trump complained Wednesday at the sight of 640 refugees packed onto a U.S. Air Force C-17 arguing the plane should have been filled with Americans fleeing Afghanistan instead.

Former President Donald Trump complained Wednesday at the sight of 640 refugees packed onto a U.S. Air Force C-17 arguing the plane should have been filled with Americans fleeing Afghanistan instead 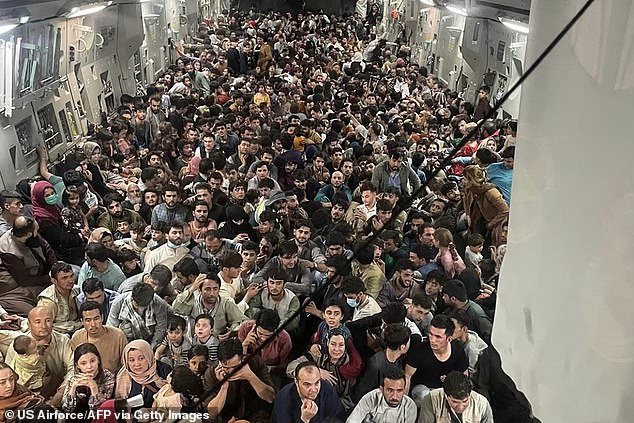 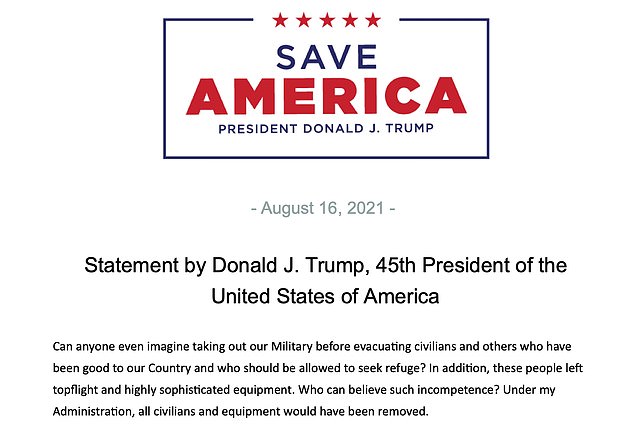 On Monday, Trump hammered President Joe Biden for having the military leave Afghanistan for ‘evacuating civilians and others who have been good to our Country and who should be allowed to seek refuge’ 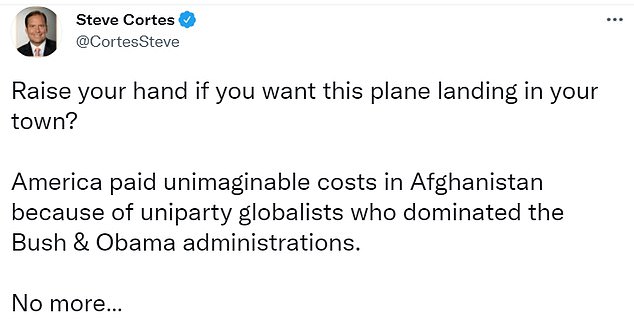 Steve Cortes, a senior adviser to Trump’s 2020 campaign, shared the Afghan refugee photo Tuesday and tweeted, ‘Raise your hand if you want this plane landing in your town?’

‘Americans understandably want to protect Afghans who risked their lives to fight w U.S. against the Taliban & Al-Qaeda,’ it said.  ‘However, we must be careful that we do not allow the attitude behind the self-destructive open border policies & enforcement failures happening on our southern border to be repeated with the importation & resettlement of tens of thousands of Afghans who we cannot properly vet and who may very well pose a security risk to our communities, and may be unable or unwilling to assimilate into our country.’

During his four years in office, Trump was an immigration hard-liner who vastly diminished the U.S.’s refugee program.

Biden extended the deployment, with the aim to remove U.S. boots on the ground by August 31, less than two weeks before the 20th anniversary of the Sept. 11 terror attacks, which prompted U.S. involvment in Afghanistan.