‘The Democrats are trying to Rig the 2020 Election, plain and simple!’ he tweeted just after 8:30pm.

The tweet came with a retweet of something he had posted earlier on Sunday where he outlined his concerns in greater detail, namely that postal voting could be open to abuse.

‘The United States cannot have all Mail In Ballots. It will be the greatest Rigged Election in history. People grab them from mailboxes, print thousands of forgeries and ‘force’ people to sign. Also, forge names. Some absentee OK, when necessary. Trying to use Covid for this Scam!’ the president wrote, without citing any evidence for his claims. 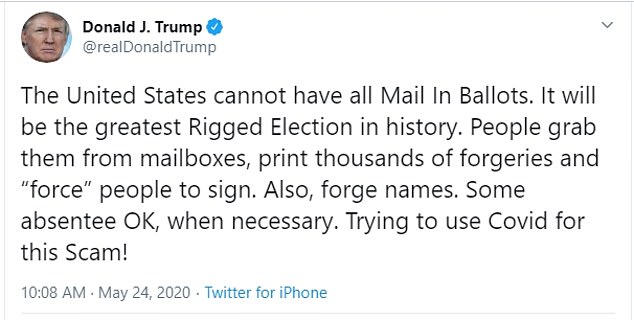 The president’s first tweet came just after 10am on Sunday morning, top, with a followup tweet on the same subject just after 8:30pm on Sunday evening

The president’s concerns appear to be shared by the Republican Party who are now suing California’s Democratic state Governor Gavin Newsom.

Newsom took it upon himself to send every registered voter in the state a ballot by mail for the November’s election but Republicans are worried that the system is open to fraud and that ballots sent to people who died or moved away could be filled out and sent in anyway.

The lawsuit was filed in the United States District Court for the Eastern District of California.

It alleges that Californians would be deprived of their constitutional right to vote by making fraudulent voting inevitable. 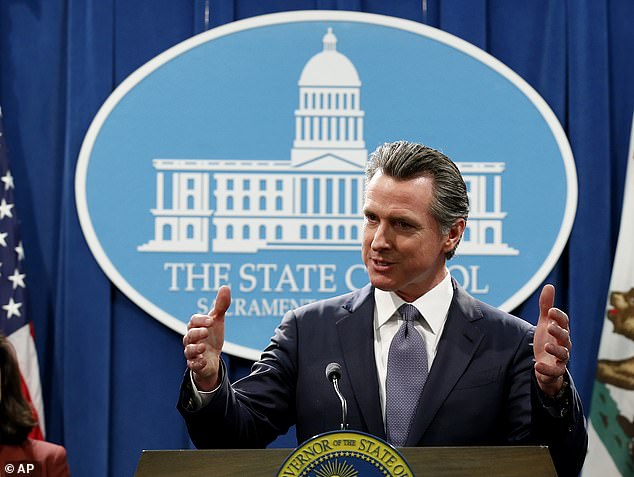 ‘In a direct usurpation of the legislature’s authority, Governor Newsom issued an executive order purporting to rewrite the entire election code for the November 2020 election cycle,’ read the complaint, filed Sunday. ‘This brazen power grab was not authorized by state law and violates both the Elections Clause and Electors Clause of the U.S. Constitution.’

The lawsuit claims Newsom ‘has created a recipe for disaster’ by sending ballots to all registered voters and say ‘it invites fraud.’

There is particular concern that the ballots could end up in the wrong hands, particularly in large apartment blocks with hundreds of people residing.

‘Democrats continue to use this pandemic as a ploy to implement their partisan election agenda, and Governor Newsom’s executive order is the latest direct assault on the integrity of our elections,’ RNC Chairwoman Ronna McDaniel said in a statement. 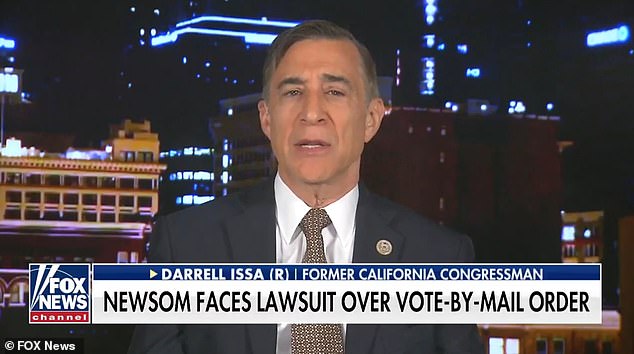 Rep. Darrell Issa, pictured,  has claimed the order could cause the ‘votes of countless voters to be thrown out or not counted’

‘Newsom’s illegal power grab is a recipe for disaster that would destroy the confidence Californians deserve to have in the security of their vote.’

Judicial Watch, a conservative foundation ‘promoting transparency, accountability, & integrity in government’ and an activist group that primarily targets Democrats has filed a similar complaint on behalf of Rep. Darrell Issa.

Issa claimed the order could cause the ‘votes of countless voters to be thrown out or not counted,’ while speaking on Fox News.

Newsom ended up signing the order to provide mail-in ballots over concern surrounding the coronavirus and the risk associated with large public gatherings as would be the case on polling day, come November. 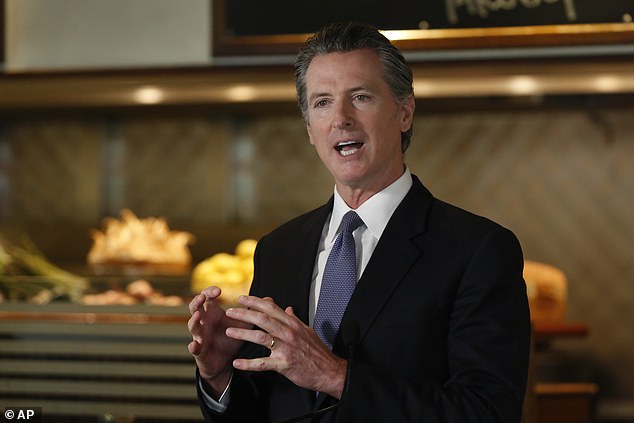 ‘Elections and the right to vote are foundational to our democracy,’ Newsom said in a statement. No Californian should be forced to risk their health in order to vote.’

‘Elections and the right to vote are foundational to our democracy,’ Newsom said in a statement.

‘No Californian should be forced to risk their health in order to exercise their right to vote. Mail-in ballots aren’t a perfect solution for every person, and I look forward to our public health experts and the Secretary of State’s and the Legislature’s continued partnership to create safer in-person opportunities for Californians who aren’t able to vote by mail.’

Newsom stressed that Californian voters would still have access to in-person voting sites.

GOP officials are concerned that mail-in voting will leave the system open to widespread voter fraud, something the president has frequently shared his concern.

‘Facilitating the opportunity for all registered voters to vote-by-mail during a the COVID-19 pandemic is not a partisan issue – it’s a moral imperative that will protect voting rights and public health. Vote-by-mail has been used safely and effectively in red, blue, and purple states for years. This lawsuit is yet another part of Trump’s political smear campaign against vote-by-mail. We will not let our democracy be a casualty of this pandemic,’ California Secretary of State Alex Padilla (D) said in a statement on Sunday.