Donald Trump asserted Sunday morning that he will ‘eventually’ get it right on coronavirus after he claimed on several occasions that the threat will just ‘disappear’ one day.

‘It’s going to disappear and I’ll be right,’ he continued.

Wallace pushed back: ‘But does that – does that discredit you?’

‘I don’t think so,’ Trump countered. ‘You know why? Because I’ve been right probably more than anybody else.’

‘I’ll be right eventually,’ Donald Trump asserted Sunday morning when talking about his claims that the coronavirus threat will ‘disappear’ eventually 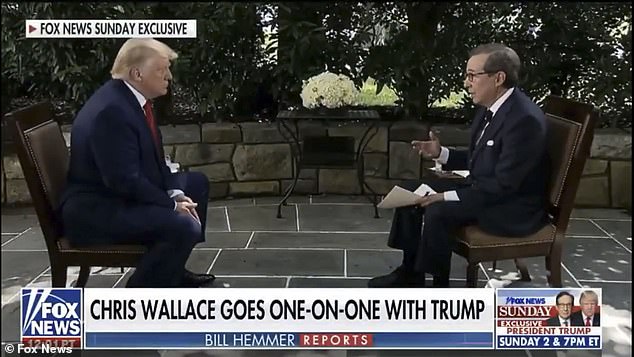 When Fox News Sunday host Chris Wallace (right) suggested these comments ‘discredit’ the president, Trump pushed back: ‘I’ve been right probably more than anybody else’ 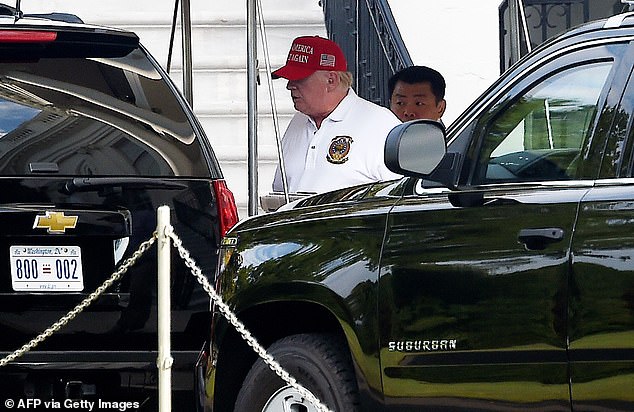 The interview aired as Trump left the White House Sunday morning for a golf outing at his golf club in Sterling, Virginia

The interaction came after a tape played showing thee different instances when the president said the coronavirus threat was being bolstered.

‘It’s one person coming in from China, and we have it under control. It’s going to be just fine,’ Trump said in January.

A month later in February he said: ‘When you have 15 people. And the 15 within a couple of days is going to be down to close to zero, that’s a pretty good job we’ve done.’

And then earlier this month Trump said, ‘I think we’re going to be very good with the coronavirus.’

‘I think that at some point that’s going to sort of just disappear. I hope,’ he said July 1.

There are now more than 3.7 million confirmed infections of coronavirus in the U.S. and the death toll has surpassed 140,000.

Trump is phishing for the nation to return to normal, insisting in the interview that he would not create a federal mandate that people wear masks because he wants Americans to be able to hold onto their freedoms.

The president has only once been pictured wearing a mask publicly, and it was during a trip earlier this month to Walter Reed Medical Center. 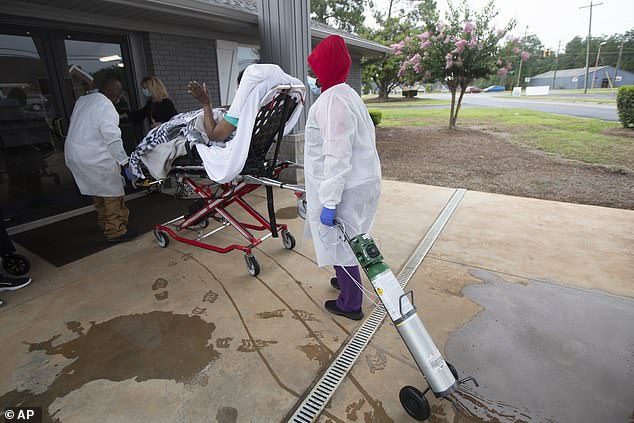 The president’s comments come as the coronavirus crisis continues to surge in the U.S., with many states experiencing day-high records of new cases and are reimplementing lockdown orders 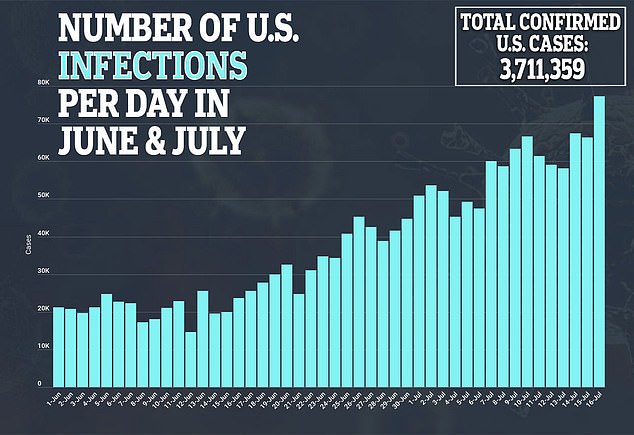 There are more than 3.7 million confirmed cases in the U.S. – far more than any other country has reported

He also reiterated in the pre-recorded interview that aired Sunday morning that he will withhold funding from schools if they refused to reopen in the fall.

‘Young people have to go to school, and there’s problems when you don’t go to school, too,’ Trump said as his administration has begun pushing for schools to return to in-person classroom learning.

The Centers for Disease Control previewed earlier this month that it would be issuing new guidelines on schools reopening, and the director, Robert Redfield, said the guidance should not be used as rationale to remain closed.

Trump threatened earlier this month that he would not allow federal funding to be released to public schools if they did not comply with reopening.

He said Democrats are pushing to keep schools closed because they are concerned that reopening would be a bad political move for presumed Democratic nominee Joe Biden ahead of the November presidential election.

He added that countries that have begun reopening their schools are having ‘no problems’ – failing to mention that their rates of cases and mortality from coronavirus are much lower than in the U.S.

‘In Germany, Denmark, Norway, Sweden and many other countries, SCHOOLS ARE OPEN WITH NO PROBLEMS,’ Trump tweeted July 8.

‘The Dems think it would be bad for them politically if U.S. schools open before the November Election, but is important for the children & families,’ he wrote, adding: ‘May cut off funding if not open!’

Wallace pushed back on this threat, claiming only a small portion of school funding came from the federal government.

‘What the Federal government gives is only 8 per cent,’ Wallace said.

‘Ten per cent,’ Trump corrected, ‘and you know what – that’s a lot of money.’

Kindergarten through twelfth grade schools transitioned to fully, or almost fully, virtual or remote learning in March – and most colleges and universities did the same.

Many have already claimed they will not return to full-time in-person classes in the fall.