President Trump beckoned his daughter Ivanka Trump to come onstage during an economic speech in North Dakota Wednesday, telling the audience how she supposedly made the ask to come on board Air Force One today.

‘She wanted to make the trip, she said, “Dad can I go?”‘ the president began. ‘She actually said, “Daddy can I go with you?”‘ he revised, making the 35-year-old White House aide sound more like a child.

Continuing with this dialogue, Trump promised the crowd that his daughter had said good things about North Dakota and then turned the podium over to her.

Ivanka Trump (right) briefly took the stage on Wednesday after her father, President Trump (left), said she had asked, ‘Daddy, can I go with you?’ when inquiring about the trip 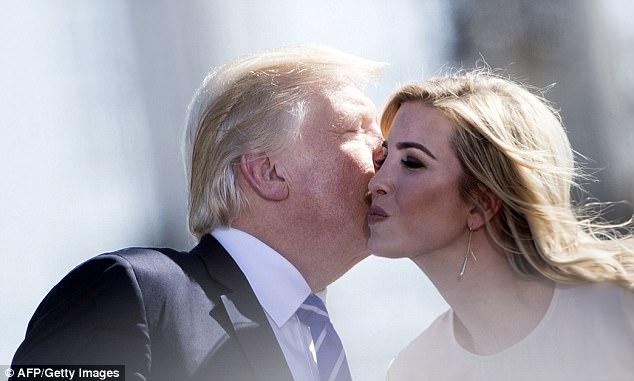 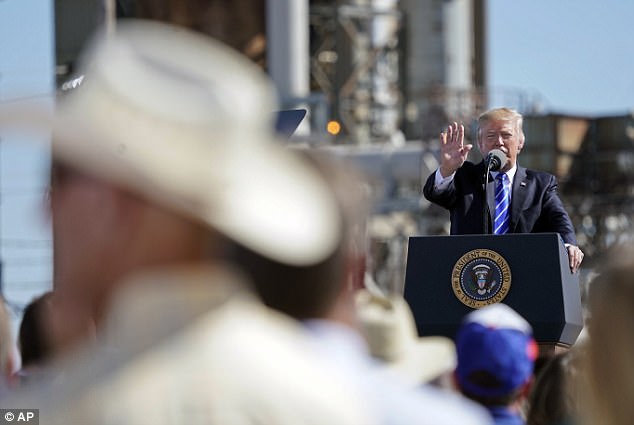 President Trump was in North Dakota on Wednesday to talk about his tax policy agenda, though made Ivanka Trump briefly come onstage 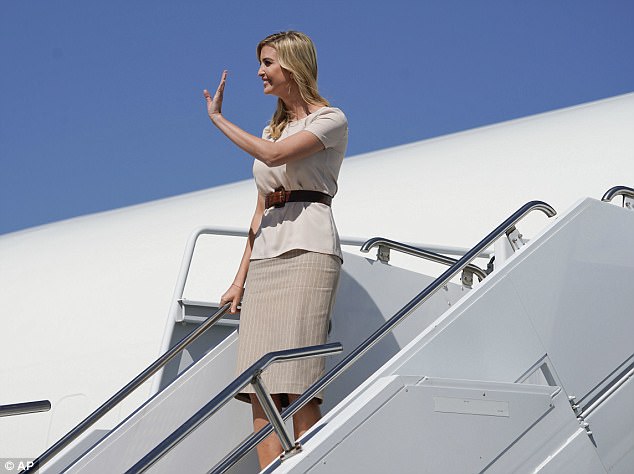 ‘Everybody loves Ivanka,’ the president told his North Dakota audience. Although Republican leaders, according to a Democratic aide, were seemingly annoyed with her earlier in the day 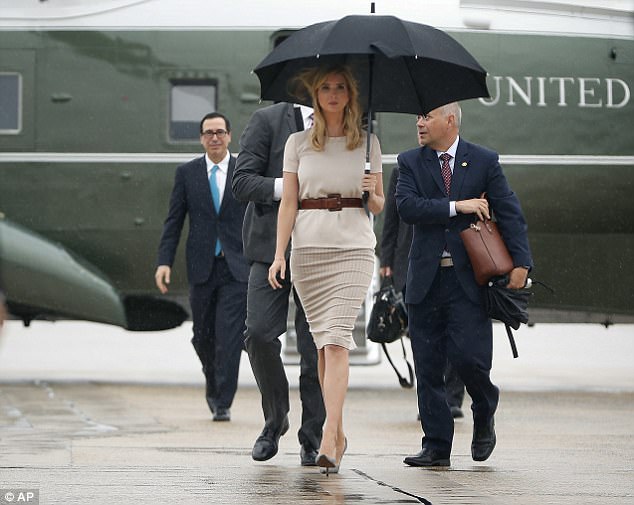 Ivanka Trump (center), is photographed with Treasury Secretary Steven Mnuchin (left), after she reportedly interrupted a meeting between the president and Congressional leaders, annoying Republicans in the room

Sounding much like her father, who remains infatuated by his Electoral College win, the first daughter told the audience that they loved this state, where Democrat Hillary Clinton only earned 27.8 percent of the vote.

‘You treated us very, very well in November and have continued to, so we like sharing the love back,’ Ivanka Trump said into the microphone.

‘Thank you,’ she added, as she started to walk away, but not before she received a ‘come here’ from her father for a brief cheek kiss.

Trump then took the podium back, saying, ‘and she means it, believe me,’ of her North Dakota love.

He had also told the crowd that ‘everybody loves Ivanka’ and that his detractors, which included Clinton during last year’s election, usually point to her as one of the better things that he’d done.

‘Sometimes they’ll say, you know he can’t be that bad a guy, look at Ivanka,’ Trump said.

The display came, however, after some Republicans had expressed annoyance at the first daughter when she interrupted an Oval Office meeting between the president and Democratic and Republican congressional leaders, which in turn, had halted debt ceiling talks.

‘The meeting careened off topic,’ a Democratic aide familiar with what happened told the Washington Examiner. ‘Republican leaders were visibly annoyed by Ivanka’s presence.’

Marc Short, the White House’s director of legislative affairs, told the newspaper that the first daughter had been invited to the bipartisan meeting to give an update on the child care tax credit.