‘We must not allow ISIS to return, or enter, our country after defeating them in the Middle East and elsewhere. Enough!’ Trump tweeted Tuesday night.

Trump did not indicate where he was getting his information, though the 29-year-old driver of the rented Home Depot van who plowed into cyclists and joggers reportedly yelled ‘Allahu Akbar’ as he emerged from the vehicle.

His actions have left at least eight people dead and more than a dozen injured.

‘In NYC, looks like another attack by a very sick and deranged person,’ Trump wrote at first. ‘Law enforcement is following this closely. NOT IN THE U.S.A.!’

The Arabic slogan the suspected terrorist shouted translates roughly to ‘God is great,’ and is often a calling card for murderous Islamist radicals.

‘NOT IN THE U.S.A.’ said Trump, casting the attack as an assault on all of America 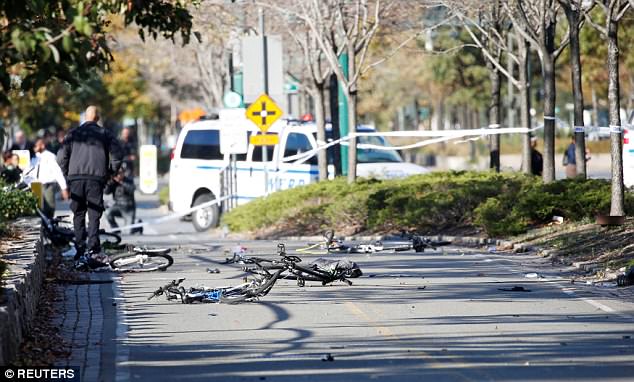 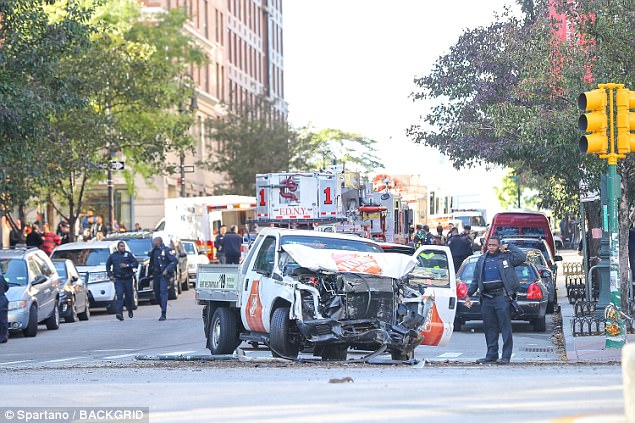 In a statement to reporters, White House press secretary Sarah Sanders said that Trump ‘has been briefed on the incident in NYC by CoS [Chief of Staff] Kelly and will be continually updated as more details are known.’

Acting Secretary of Homeland Security Elaine Duke was briefed on the attack, the agency said.

‘We have recently seen attacks like this one throughout the world. DHS and its law enforcement partners remain vigilant and committed to safeguarding the American people,’ a statement read.

Tuesday’s attacker carried a pair of imitation firearms – a pellet gun and a paintball gun. Police shot him in the abdomen and transported him to a local hospital. 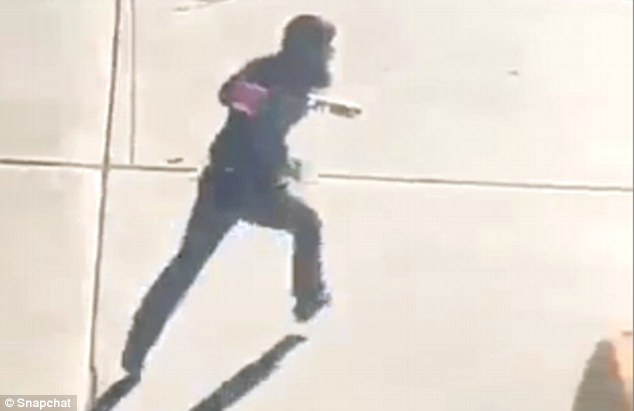 New York City Mayor Bill de Blasio said the attack, near the World Trade Center, ‘was an act of terror, and a particularly cowardly act of terror aimed at innocent civilians.’

New York Gov. Andrew Cuomo called it a ‘lone wolf’ attack and said there’s no evidence to that it was part of a wider plot.

Witnesses on the scene said the man slammed into a school bus after he drove through a crowd of bicyclists. There were children on board; some of them are among the injured.

‘My heart breaks for #NYC today,’ she wrote. ‘Thoughts & prayers as we monitor the situation.’ 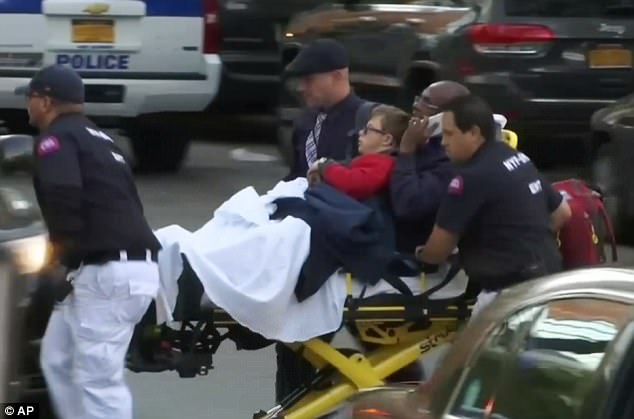 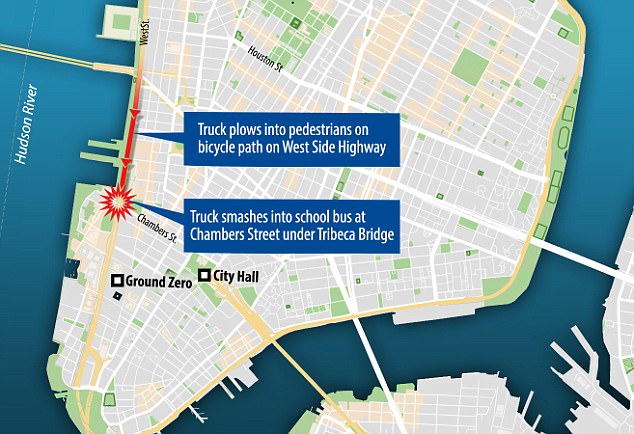 The president has sometimes described mass-casualty events as being related to mental illness.

Following a mass-shooting in Las Vegas four weeks ago, he told reporters at the White House that the attacker was ‘a sick man, a demented man, lot of problems I guess.’