The investigation that turned up a dossier allegedly linking Donald Trump to Russia began at the behest of a conservative website owned by a supporter of Marco Rubio, it has emerged.

The Washington Free Beacon, which is funded in part by billionaire Paul Singer, allegedly paid Fusion GPS to start investigating Trump in October 2015; only later did Clinton’s team back the firm.

The claim was made to the House Intelligence Committee on Friday, people briefed on the meeting told The New York Times.

The firm that found the dossier that claimed Donald Trump was groomed by the Kremlin was backed by a conservative website before Hillary Clinton got involved, it has emerged 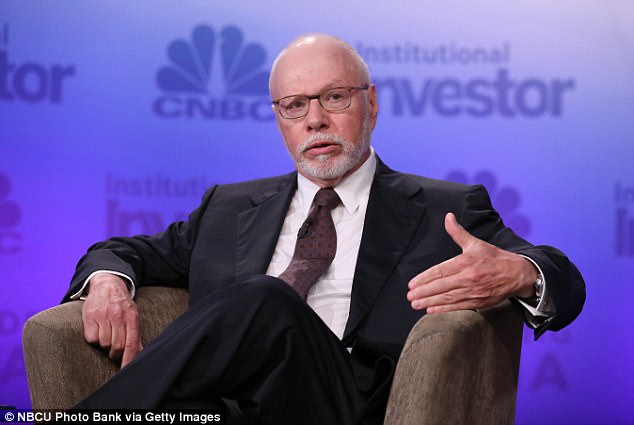 The Washington Free Beacon, which is funded in part by Marco Rubio supporter and billionaire Paul Singer, paid for the initial investigation; Clinton took over just before he dropped Fusion

The committee heard that the website told Fusion GPS to look into the backgrounds of multiple GOP candidates, not just Trump, and dig up damaging information.

But in May 2016 – as Trump neared the top seat in the GOP’s run for the White House – the Beacon wrapped up the investigation.

One month earlier, Clinton’s team had hired Fusion to look into Trump for precisely the same reason.

The company was specifically ordered to look into possible connections between Russia and Trump’s campaign team and businesses.

It was while working for Clinton that Fusion made contact with British spy Christopher Steele, who obtained the infamous dossier.

Among the claims made in the dossier were that Russia had ‘cultivated’ Trump for five years leading up to the election, and made ‘sweetener’ real estate deals to get Trump on side – although he turned those deals down, the dossier claimed.

But the most sensational – and unsubstantiated – allegations were that he had hired prostitutes to urinate on a Russian hotel bed once slept on by Michelle and Barack Obama.

Singer, a hedge fund billionaire, wasn’t aware of either the dossier or Steele until January, when it was published in the media, a friend of his told the New York Times.

The Washington Free Beacon has long hired research firms to dig up dirt on figures such as Trump and Clinton, the paper said.