Utah Sen. Orrin Hatch said he was ‘incredibly grateful’ that Trump called him on Friday to say he is approving Zinke’s proposal on Bears Ears and Grand Staircase-Escalante national monuments.

He and Trump ‘believe in the importance of protecting these sacred antiquities,’ but said there is ‘a better way to do it’ by working with local officials and tribes, Hatch said.

Zinke recommended in September that the two Utah monuments be shrunk, along with Nevada’s Gold Butte and Oregon’s Cascade-Siskiyou.

The two Utah monuments encompass more than 3.6 million acres – an area larger than Connecticut – and were created by Democratic administrations under a century-old law that allows presidents to protect sites considered historic, geographically or culturally important. 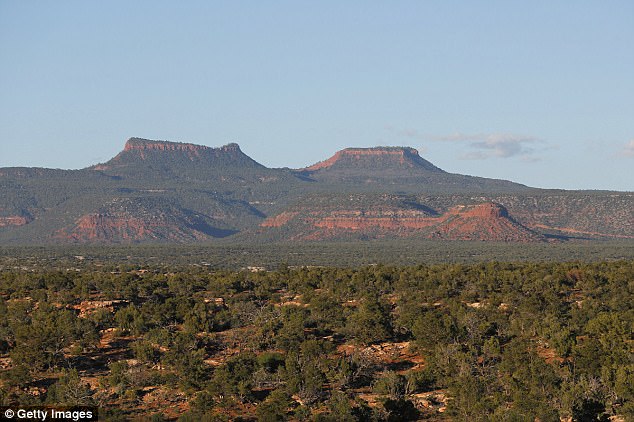 Bears Ears National Monument in Utah is 1.3 million acres and is on land that is sacred to Native Americans and home to tens of thousands of archaeological sites 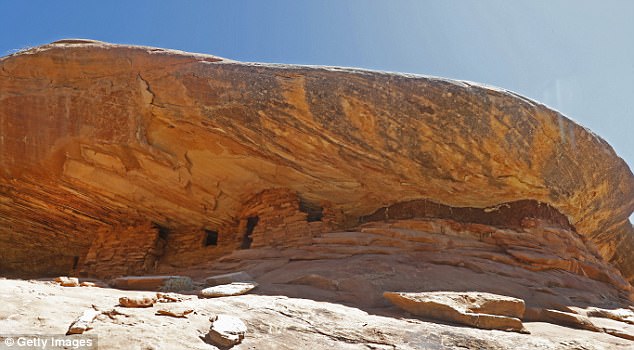 Bears Ears, designated for federal protection by former President Barack Obama, totals 1.3 million acres in southeastern Utah on land that is sacred to Native Americans and home to tens of thousands of archaeological sites, including ancient cliff dwellings.

Grand Staircase-Escalante, in southern Utah, includes nearly 1.9 million acres in a sweeping vista larger than the state of Delaware.

Republicans have howled over the monument designation since its creation in 1996 by former President Bill Clinton.

Conservation groups and tribes have vowed to file lawsuits if Trump attempts to rescind or reduce the monument designations.

A poll conducted by The Salt Lake Tribune found that a slight majority of people from Utah believed the Bears Ears National Monument to be too big. 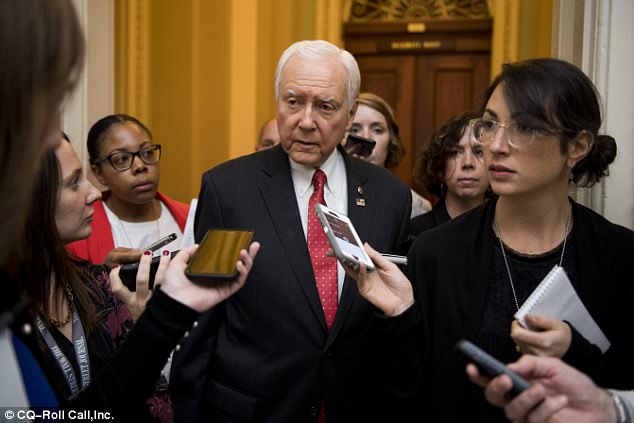 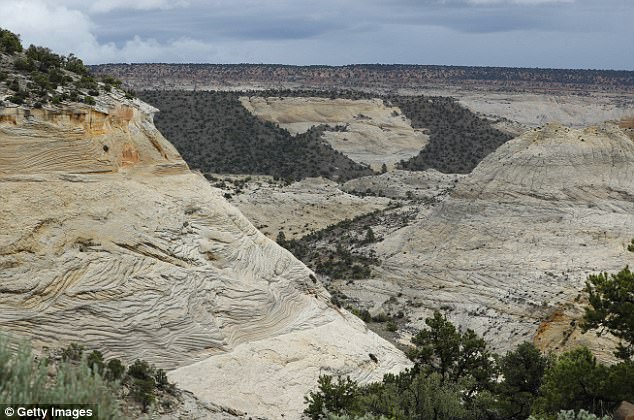 Grand Staircase-Escalante includes nearly 1.9 million acres in an area of land larger than the state of Delaware 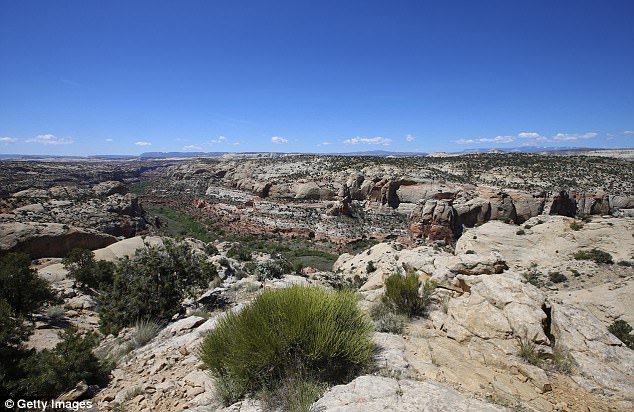 However, Utahns opposed by a two to one margin that breaking up the older and larger Grand Staircase-Escalante into smaller monuments.

Trump asked for the review this spring following complaints by Hatch and other Republicans that the 1906 Antiquities Act had been misused to create oversized monuments that hinder energy development, logging and other uses.

National monument designations add protections for lands revered for their natural beauty and historical significance with the goal of preserving them for future generations.

The restrictions aren’t as stringent as national parks, but some policies include limits on mining, timber cutting and recreational activities such as riding off-road vehicles.

No president has tried to eliminate a monument, but they have trimmed and redrawn boundaries 18 times, according to the National Park Service,