President Donald Trump on Saturday called out a Democrat California governor on Twitter for his immigration policy in the sanctuary state.

Governor Jerry Brown has quarreled with the Trump administration in the past after he signed off on California becoming a sanctuary state in October to counter the increased immigration laws.

Now in Trump’s most recent Twitter rampage, he condemns the governor for pardoning five immigrants.

‘Governor Jerry ‘Moonbeam’ Brown pardoned 5 criminal illegal aliens whose crimes include (1) Kidnapping and Robbery (2) Badly beating wife and threatening a crime with intent to terrorize (3) Dealing drugs. Is this really what the great people of California want?’ Trump tweeted, tagging Fox News, his go-to network for all news. 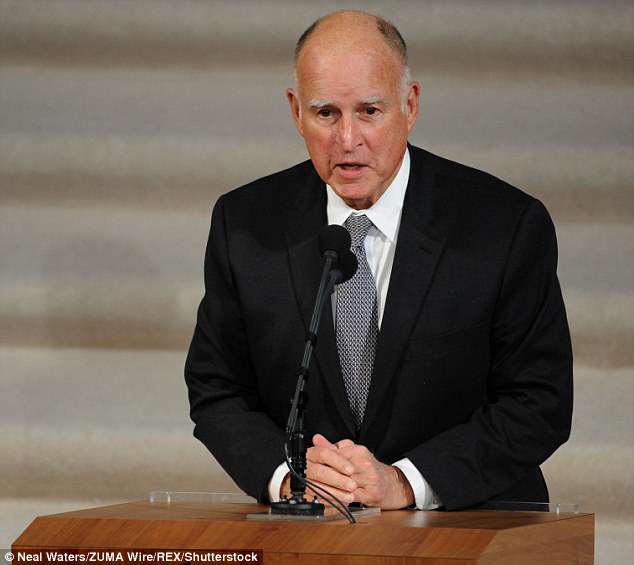 Brown (pictured) pardoned these immigrants before the faced the possibility of deportation. But Trump criticized the decision because of their previous crimes including kidnapping, robbery and allegedly beating ones wife

‘Moonbeam’ was a name given to Brown in the 1970s when he first was running for governor in California.

Chicago columnist Mike Royko gave him the nickname because of the voters he was attracting – young, idealistic and nontraditional people.

Trump targeted ‘Moonbeam’ Brown because the governor signed off on pardoning five immigrants who faced deportation before the Easter holiday weekend.

These five were among the 54 pardons and 14 commutations that the governor handed out before the weekend.

His office reiterated that the majority of the people were convicted of drug-related or other nonviolent crimes. 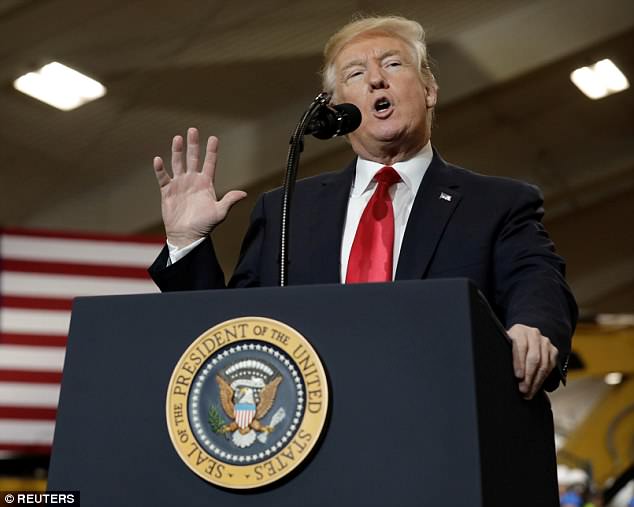 But Trump said, after getting his information from Fox News, that one immigrant was charged for robbery and kidnapping, and another for badly beating his wife.

This is not the first clash Trump has had with the state.

The Trump administration is suing California, in a lawsuit filed earlier this month, to attempt to block the Golden State’s sanctuary laws.

The lawsuit, filed by US Attorney General Jeff Sessions, claims that the state created laws that were designed to obstruct and discriminate against the enforcement of the federal immigration laws.

But Brown calls this lawsuit a ‘publicity stunt’ by the administration as it continues to push Trump’s ‘America First’ agenda.