Trump tells caravan of immigrants ‘this is an invasion – our military is waiting for you!’

President Donald Trump issued yet another dire warning about the ‘invasion’ posed by the migrant caravan making its way through Mexico, as it is revealed that the Pentagon is upping its troop levels far above the initial 800 announced.

The military will deploy 5,000 U.S. troops to the southern border, the Wall Street Journal reported, complying with the president’s demand that military forces be put in place to stop the caravan of Central American migrants.

‘Many Gang Members and some very bad people are mixed into the Caravan heading to our Southern Border,’ Trump wrote on twitter, moving away from last week’s claim that the caravan contained ‘Middle Easterners.’

‘Many Gang Members and some very bad people are mixed into the Caravan heading to our Southern Border,’ Trump wrote as it was revealed the military was dispatching 5,000 troops to the border

Trump spoke directly to the mostly Honduran members of the caravan in the tweet, saying: ‘Please go back, you will not be admitted into the United States unless you go through the legal process. This is an invasion of our Country and our Military is waiting for you!’ 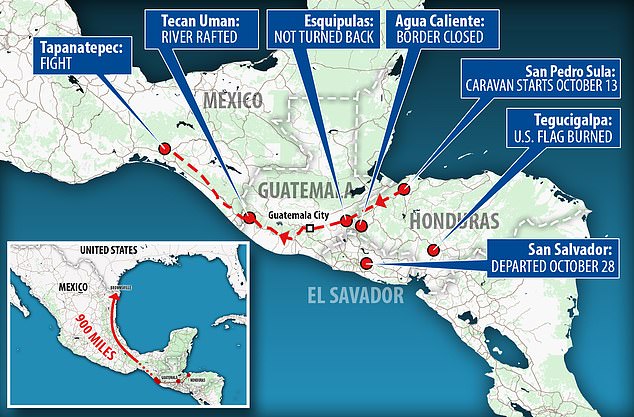 This map shows the progress of the migrants as of Sunday, when a new caravan also departed from San Salvador 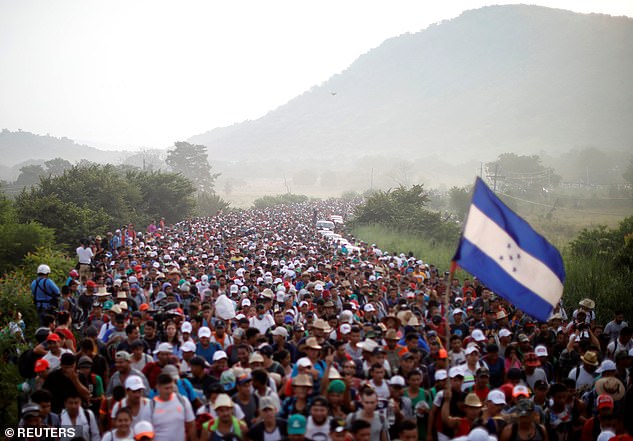 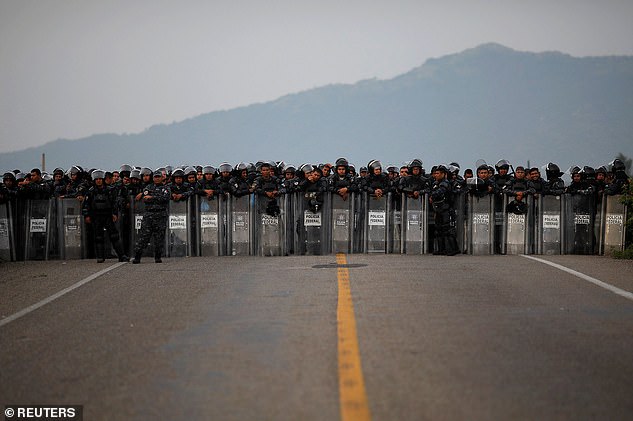 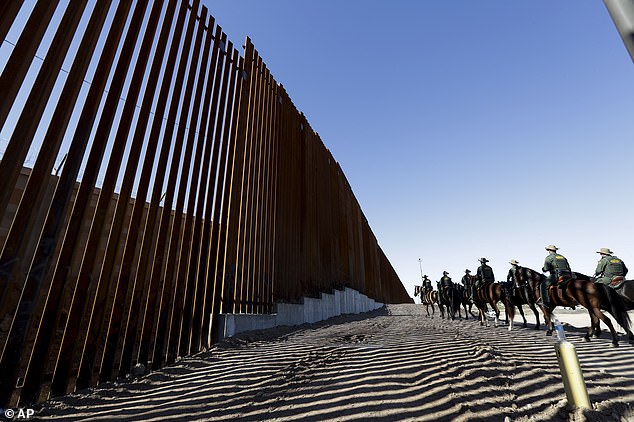 Meanwhile, Defense Secretary Mattis said on Sunday that military equipment is already moving to the southern US border. Pictured above are mounted border patrol agents at a newly constructed section of border wall in California on Friday 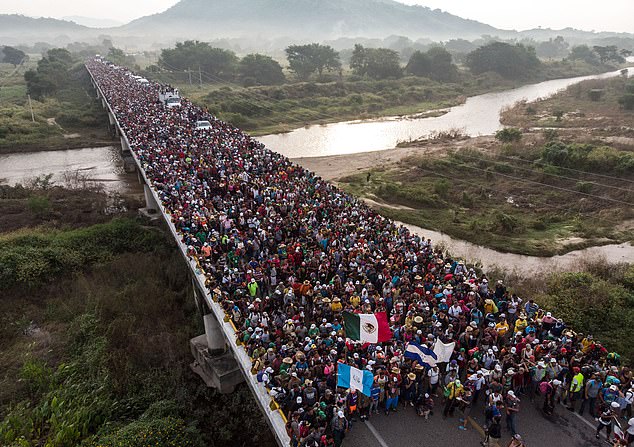 Aerial view of Honduran migrants heading in a caravan to the US, as they leave Arriaga on their way to San Pedro Tapanatepec, in southern Mexico on Saturday. The caravan now numbers about 4,000

American military equipment has already begun arriving at the southern border ahead of an imminent troop deployment to block the migrant caravan, while in Mexico tensions have broken out with migrants attacking a local man who was distributing food.

According to the Journal, the 5,000 troops will join the 2,000 National Guard members already dispatched.

Among those ordered to the border will be military police, engineers, and Marines.

The report noted that the contingent would exceed the U.S. forces currently in Syria and Iraq, and equal half of the U.S. deployment in Afghanistan.

The new forces are expected to provide logistical assistance such as air support and equipment, including vehicles and tents.

The influx of troops comes as the caravan is shrinking, although another is being formed.

The caravan, which has had as many as 7,200 migrants, has dwindled to roughly 4,000. It took a day of rest in Tapanatepec on Sunday but vowed to press on to the U.S. border. The border is still at least 900 miles away, a daunting obstacle to migrants, many traveling with their families on foot.