Trump to weigh in on Iran nuke deal FRIDAY

President Trump will announce in a Friday speech whether he plans to decertify an Iran deal he has ripped as a ‘disaster.’

The president has twice issued certifications about the agreement despite his complaints, and faces another deadline imposed by the law that created it on Oct. 15.

The administration has briefed congressional sources, and Trump plans to make his announcement in the Friday speech, CBS News reported.

The Iran deal has torn apart the administration, as the President who loathes the agreement inked by his predecessor has been coached by leading advisors that it would be prudent not to walk away.

When advised by Defense Secretary James Mattis and security adviser H.R. McMaster that the deal offered stability, Trump ‘threw a fit,’ the Washington Post reported, citing a person familiar with the meeting. ‘He was furious. Really furious. It’s clear he felt jammed,’ the person added.

That prompted McMaster to devise a plan that could allow Trump to fulfill his personal need to decertify the plan while putting the final move in the hands of Congress.

‘McMaster realized we just cannot come back here next time with a binary option — certify or decertify,” a source told the paper. “He put his team to work on a range of other options, including a decertification option that would involve Congress.” 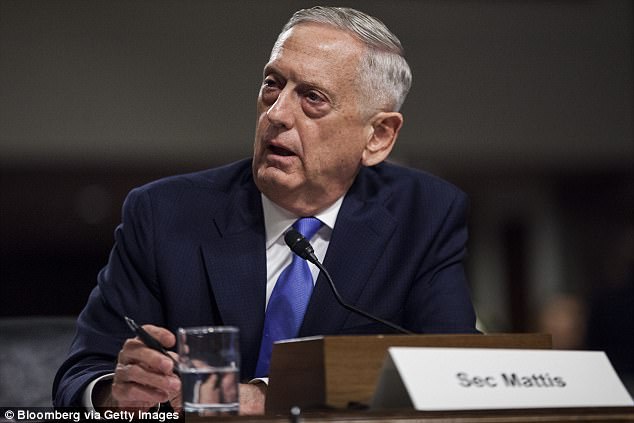 Defense Secretary James Mattis said it was in the nation’s interest to stay in the Iran deal. ‘Absent indications to the contrary, it is something that the president should consider staying with,’ he said 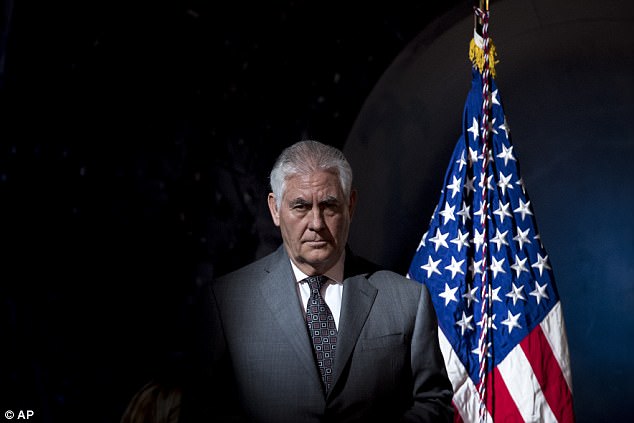 ‘We’re going to give him a couple of options of how to move forward to advance the important policy toward Iran,’ secretary of state Rex Tillerson told reporters last week

If he chooses to decertify the deal by saying Iran is not in compliance, Congress could enact further sanctions. But Trump will not push for immediate sanctions, according to CBS.

The Europeans who were partners to the prolonged six party talks that lead to the agreement say Iran has been complying with its obligations.

Trump ripped into the Obama administration on Wednesday for sending Iran ‘plane loads’ of cash after Tehran agreed to end its nuclear weapons program. As part of the deal, the U.S. unfroze assets that had been locked up for decades.

Trump told Fox News host Sean Hannity in an interview that aired Wednesday evening that  the Iran nuclear agreement ‘was one of the most incompetently drawn deals’ because the United States ‘got nothing’ out of it.

‘They got a path to nuclear weapons very quickly,’ Trump said in a transcript provided by Fox News. ‘Think of this one – $1.7 billion in cash – this is cash out of your pocket. You know how many airplane loads that must be?’ Trump asks.

The former reality TV star and businessman with an estimated net worth himself of $3.5 billion conjured up the image of a promotion ‘where they have a million dollars in $100 bills.’

‘It’s a lot. This is $1.7 billion,’ he observed. ‘You’d almost say who would be authorized to do it, and who are the people who deliver it? You may never see them again, right? Just plane loads.

The Obama administration did deliver a total of $1.7 billion in frozen assets and interest to Iran after the international agreement went into effect.

Payments of $400 million and $1.3 billion were made to Tehran last year, it has been reported.

The smaller sum of money was always Tehran’s. It’s been under U.S. control since the 1970s. It was returned last year in the first of a series of payments.

That money came in the form of two wooden pallets stacked with cash. The second and third payments were actually interest on the original debt. They were also paid in cash. 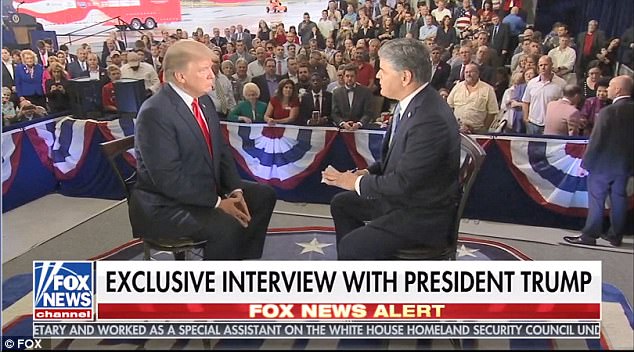 Prior to a report in the Wall Street Journal describing the pallets of cash, the administration had refused to say how it delivered the money to Iran. U.S. sanctions on Tehran prevented financial institutions from processing the transaction.

The Journal said the U.S. airlifted pallets covered in $400 million worth of Swiss francs, euros and other currencies into Iran on the same day the deal was implemented. Iran also released four American prisoners that day, leading to charges from the Obama administration’s critics that the money was actually a hostage payment.

A Treasury Department spokesperson acknowledged to the Associated Press a month after the Journal’s report that the other $1.3 billion the U.S. paid Iran was also a cash payment using non-U.S. currency.

Iran says its nuke program is for peaceful purposes.

The U.S. kept the money from an arms deal with Iran in the ’70s prior to the countries’ revolution that it decided not to honor.

Trump railed against the deal on Wednesday evening in Harrisburg, Pennsylvania during an interview with Hannity before his tax speech.

He suggested once again that he would decertify Iran’s compliance with the agreement in the next 90-day review while stopping short of fully committing to it.

‘I know exactly what I’m going to do, but I can’t give it away tonight. But I’m going to be announcing it very shortly,’ Trump said.

The president went on to access that ‘the people of Iran are great people and they want freedom and they want to be sort of friendly with us. I really believe that.

‘But they’re dancing in the streets and they’re singing death to America, and [John] Kerry’s out there negotiating a deal, and giving up every single point,’ he said, taking a slap at Obama’s final secretary of state.

‘It’s the worst deal I’ve ever seen. Whether it’s country-wide or any other wide, there is no worse deal,’ Trump proclaimed. ‘So we will see what happens pretty soon. A lot people are guessing, but maybe there’s not so much guessing.’

Reiterating his displeasure with the agreement Trump said, ‘It’s a horrible, horrible embarrassment to our country.

‘We did it out of weakness, when actually we had great strength.’