President Donald Trump has tweeted an offbeat video made by a fan, depicting him in the role of fictional President Thomas J. Whitmore in the 1996 film Independence Day.

Trump on Saturday evening shared the video, created by the anonymous meme artist known as ‘Mad Liberals,’ without adding any comments of his own.

The video shows Trump delivering the movie’s famous speech at Area 51 in which Whitmore, portrayed by Bill Pullman, calls upon a ragtag band of military pilots as well as civilian volunteers to launch a final, last ditch assault on the alien invaders poised to destroy Earth’s major cities.

Response to the video was predictably divided along party lines, with Trump’s supporters applauding it as humorous and inspiring, and his detractors panning it as narcissistic and possibly racist.

The video shows Trump delivering the movie’s famous speech at Area 51 in which Whitmore, portrayed by Bill Pullman, calls upon a ragtag band to launch a final assault on the aliens 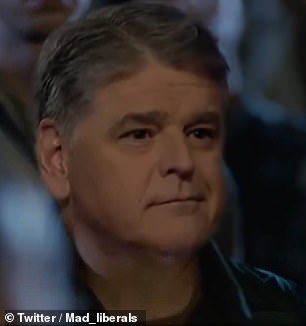 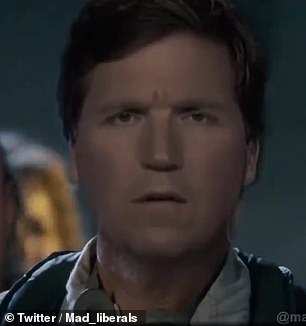 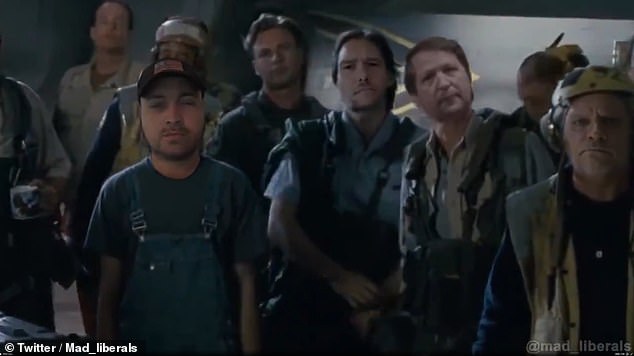 In addition to digitally mapping Trump’s face over Pullman, the video depicts a wide range of the president’s supporters as pilots listening to his speech. 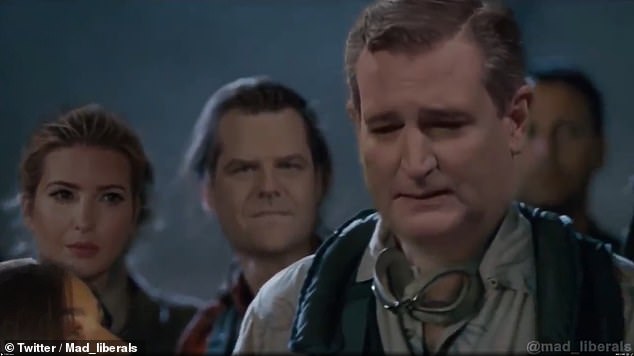 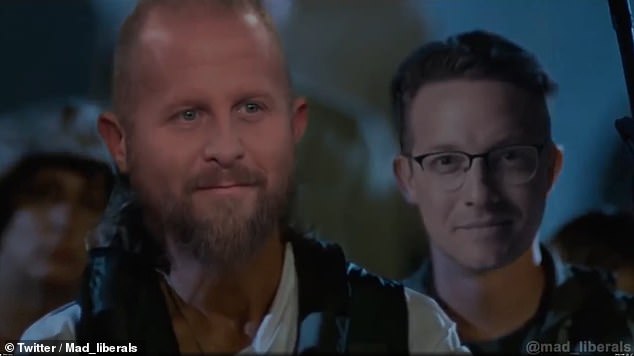 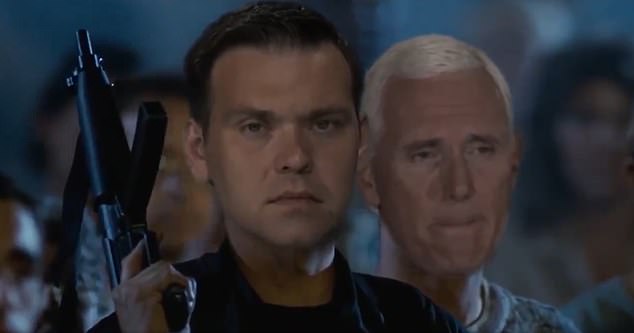 One cameo sparked particular backlash, that of One America News Network commentator Jack Posobiec, a far-right provocateur, who was seen superimposed on a character holding a rifle.

Posobiec has publicly denied that he is a white nationalist and denies being part of the so-called alt-right, a racist offshoot of conservative movement.

Other Trump critics piled on, with one tweeting: ‘When you’re such a bad President, you need to photoshop yourself on a fictional President.’

‘This is how Trump envisions himself… but in reality, we witness Trump not speaking in coherent sentences, lying, and throwing tantrums on the daily,’ another wrote.

Trump’s  supporters responded to the video with enthusiasm, however.

‘And ladies and gentlemen u are witnessing the reason why the left is trying to ban political memes from twitter! This. Is. Gold,’ tweeted podcast host Tommy G.