Donald Trump was caught on camera looked distinctly unimpressed with the king of Morocco after the monarch appeared to have dozed off at an Armistice day ceremony in France.

In the clip, which was posted yesterday on discussion website Reddit and quickly went viral, King Mohammed VI of Morocco is seen with his eyes closed during French President Emmanuel Macron’s speech honouring those who died in the First World War.

President Trump, who was seated two places along from King Mohammed, stared past his wife Melania in apparent annoyance. 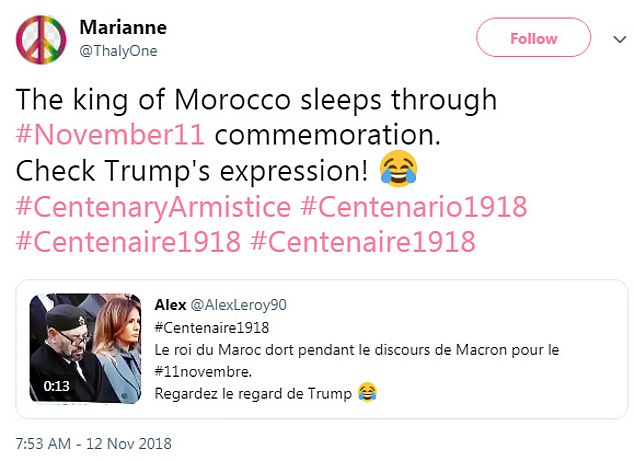 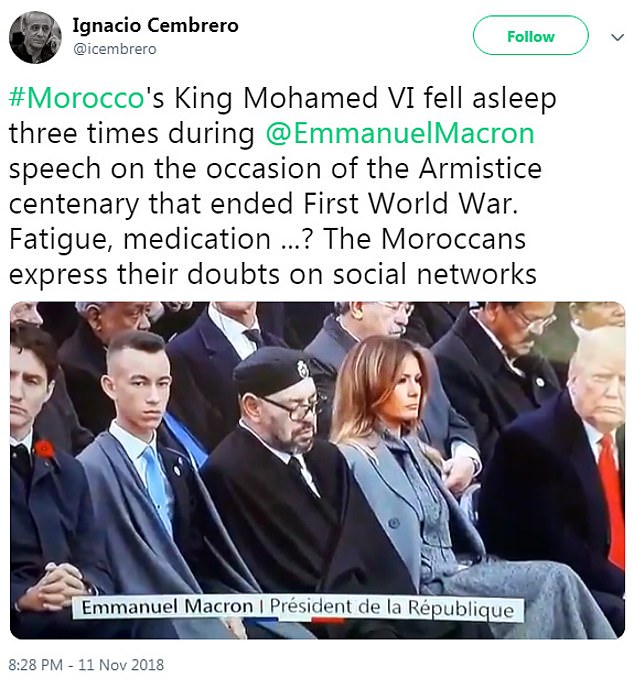 King Mohammed VI of Morocco was filmed appearing to doze off during the ceremony, seemingly irking the US president in the process – in a scene that caused much hilarity online

Sunday’s ceremony marking 100 years since the Armistice took place at the Tomb of the Unknown Soldier in front of the Arc de Triomphe in Paris.

Trump may also have been disgruntled over the content of Macron’s speech, which included a forceful rebuke of nationalism, just weeks after the American President declared himself a ‘proud nationalist’ at a rally in Houston, Texas.

Seated between Melania and Germany’s chancellor Angela Merkel on Sunday, Trump looked impassive as Macron warned against ‘old demons coming back to wreak chaos and death.’ 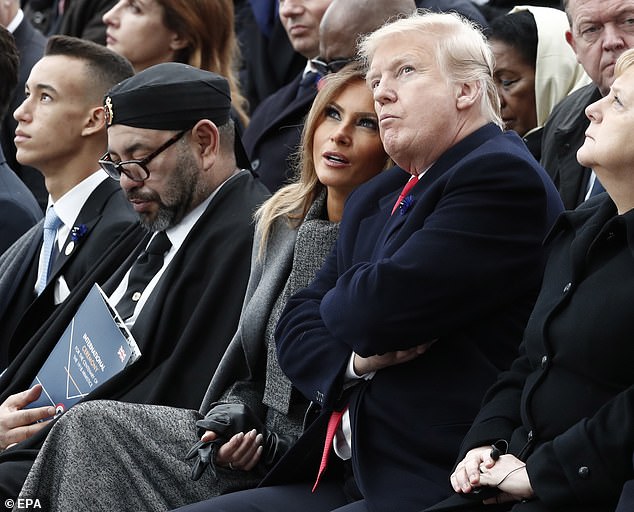 Moroccan King Mohammed VI (L) closes his eyes in a move that appeared to frustrate US President Donald Trump (2-R). America’s First Lady Melania Trump (2-L) and German Chancellor Angela Merkel (R) are also pictured at the ceremony at the Arc de Triomphe in Paris on November 11, 2018 to marking the 100th anniversary of the 1918 armistice, ending WW1 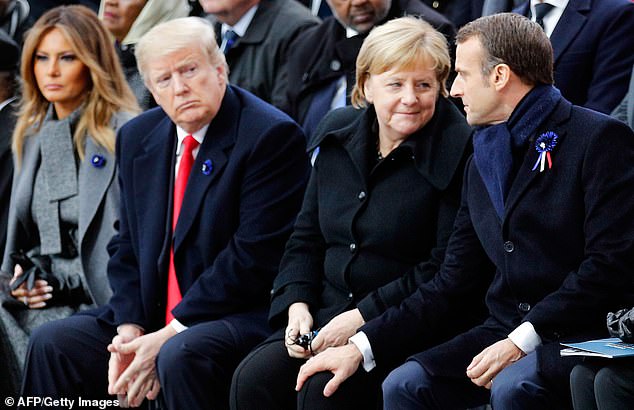 During the ceremony, French President Emmanuel Macron (R) fiercely criticized nationalism in a thinly veiled rebuke of Trump (2-L) who has openly called himself a nationalist and uses the slogan ‘America first’ 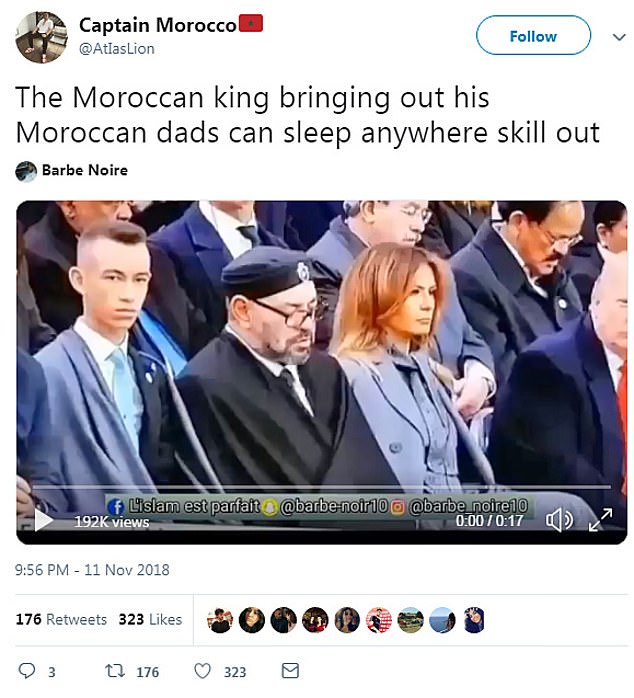 According to one Twitter user, the Moroccon King was demonstrating that ‘Moroccan dads can sleep anywhere’

‘Patriotism is the exact opposite of nationalism. Nationalism is a betrayal of patriotism,’ Macron said.

‘In saying, ‘Our interests first, whatever happens to the others’, you erase the most precious thing a nation can have, that which makes it live, that which causes it to be great and that which is most important: its moral values.’

This was understood to be a thinly veiled criticism of Trump, who has pulled out of numerous unilateral agreements and ran his 2016 election campaign on the platform of ‘America First’.

At the beginning of his trip of France, Trump made clear how far apart he stands from America’s European allies when he wrote on Twitter that Emmanuel Macron’s suggestion of a joint European army was ‘very insulting’. 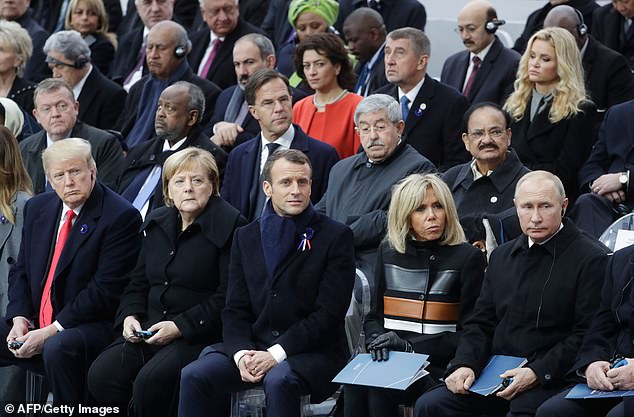 Trump’s moralistic glare at the King of Morocco is made more ironic by the fact that the President himself was the subject of accusations of disrespectful behaviour during his remembrance trip to France.

On Saturday it emerged he had skipped a planned appearance honouring fallen World War One soldiers at a U.S. military cemetery in France because it was raining.

‘The President and First Lady’s trip to Ainse-Marne American Cemetery and Memorial has been cancelled due to scheduling and logistical difficulties caused by the weather,’ the White House said at the time.

Ben Rhodes, who was deputy national security adviser for strategic communications under President Barack Obama, said that this was no excuse.

‘I helped plan all of President Obama’s trips for 8 years,’ he wrote on Twitter. ‘There is always a rain option. Always.’