Donald Trump promised people would be back in churches soon in his Easter message Sunday morning, as he urged American families to ‘bring the family together’ as coronavirus prevents usual family gatherings and church celebrations.

‘We’re winning the battle, we’re winning the war,’ Trump said in the video message posted to Twitter Easter morning regarding the coronavirus outbreak. ‘We’ll be back together in churches right next to each other. Celebrate. Bring the family together like no other. We have a lot to be thankful for.’

At one point last month, Trump had set the goal for reopening the country by Easter, or April 12 – but soon walked back on that promise and instead revealed that the rate of coronavirus deaths and cases in the U.S. would likely peak the week of Easter.

One analysis shows that if social distancing guidelines remain the same, the peak will be Thursday April 17.

Trump told Fox News Saturday that he wants to rebuild the country to honor those who died from coronavirus, which surpassed 20,000 as of Sunday morning.

‘We’re going to rebuild it again in honor of all those who perished today,’ Trump told Fox’s Jeanine Pirro on Justice with Judge Jeanine Saturday night. 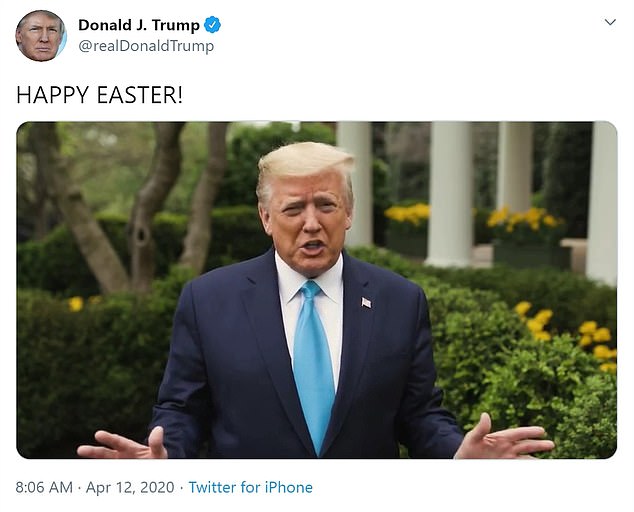 Trump posted the video message to his Twitter, claiming people have a lot to be grateful for 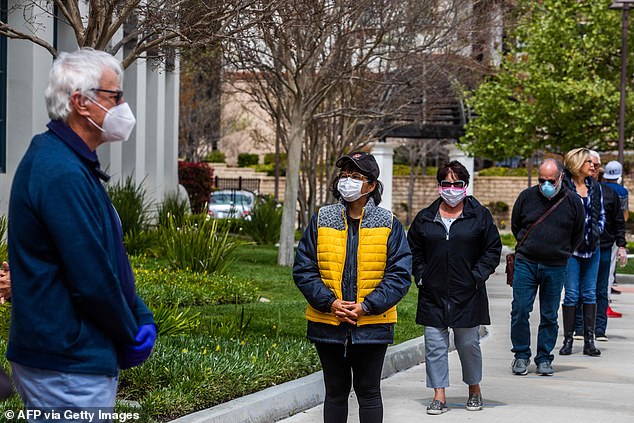 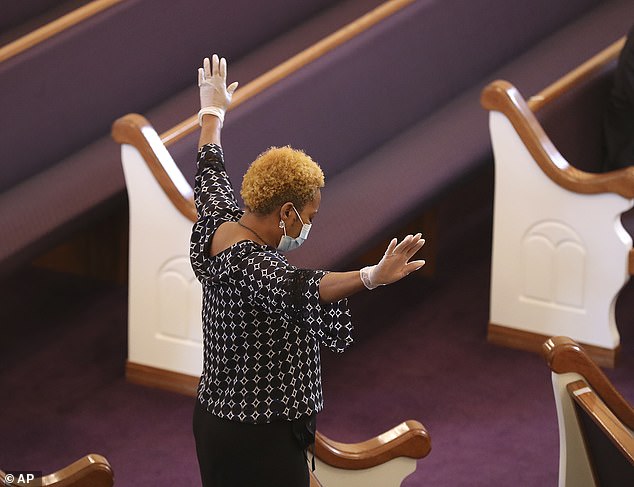 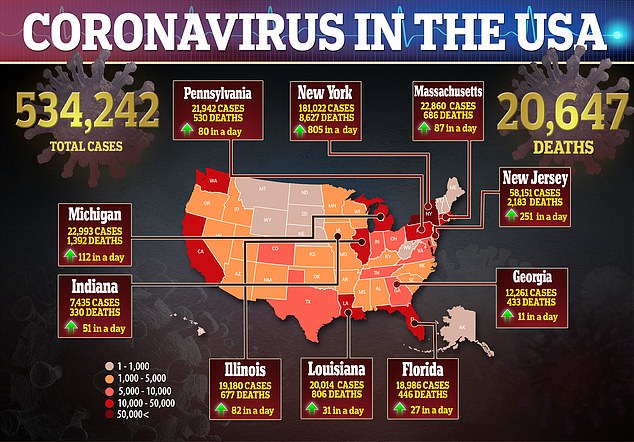 Trump’s message comes as the death tolls surpassed 20,000 as of Sunday morning and social distancing guidelines remain in place to stop people spreading or contracting the highly-contagious respiratory disease 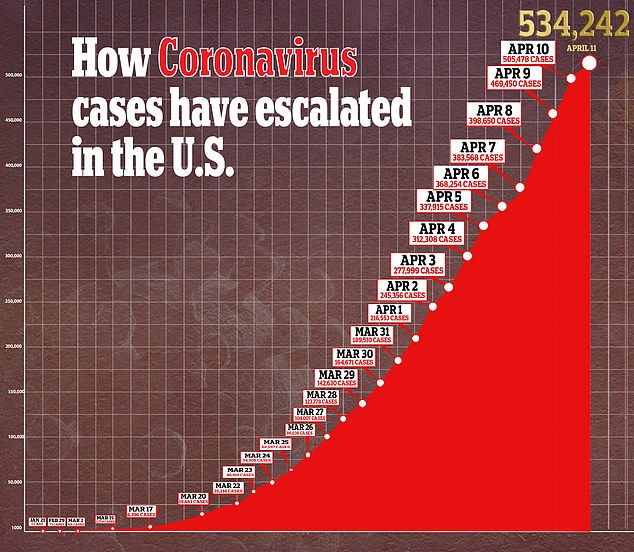 The president insisted that he expects the economy to rebound like a ‘rocket ship,’ attributing his high hopes to Americans’ desire to get back to work and the $2.2 trillion coronavirus economic relief package he signed at the end of March.

‘I think the stimulus, coupled with this pent-up demand and everybody wanting to get out and go back to work,’ Trump said. ‘I think we’re going to have a just a tremendous surge.’

He is eager to get the U.S. economy back on track after the boom ended when coronavirus rocked stocks and the job market.

Unemployment claims reached another all-time-high this week after more than 6 million more people filed for the benefits – bringing the total of unemployed Americans to more than 15 million.

On Friday, Trump launched another task force to work on opening the country back up as every state declared a state of emergency in the wake of the pandemic.

He named the group the ‘opening our country task force.’

The president made the announcement of a second task force during his almost-daily White House press briefings on Friday, calling it a bipartisan ‘council’ that would include doctors and business experts.

The new task force is focused on reopening the country by that date.

Trump told reporters Friday that the new group would be more informal and communicate mainly by phone and video chat.

He also said it would be made up of ‘names that you have a lot of respect for,’ and said he would announce those on the council on Tuesday.

‘I want to get the country open as soon as possible. This country was meant to be open and vibrant and great, not where people are staying in,’ Trump said.

It was proposed in mid-March and included social distancing guidelines like keeping group gatherings to 10 people or less, maintaining a 6-foot distancing from others in public and only leaving the home for essential reasons like grocery shopping and going to the doctor. 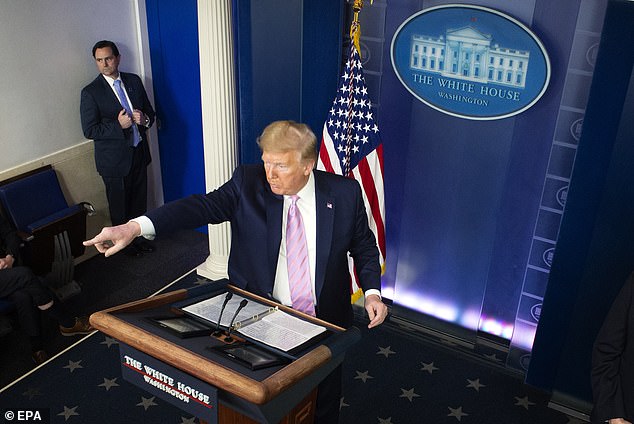 During a White House coronavirus press briefing Friday, Trump announced he was launching a second coronavirus task force to get the economy back on track, naming it the ‘opening our country task force’ 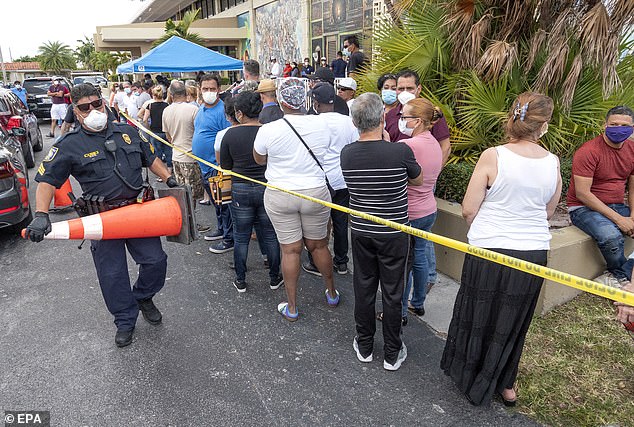 The announcement comes as unemployment claims continue to skyrocket, surpassing 15 million this past week. Here people stand in line in Florida to submit applications for unemployment benefits after losing their jobs in the wake of the coronavirus pandemic 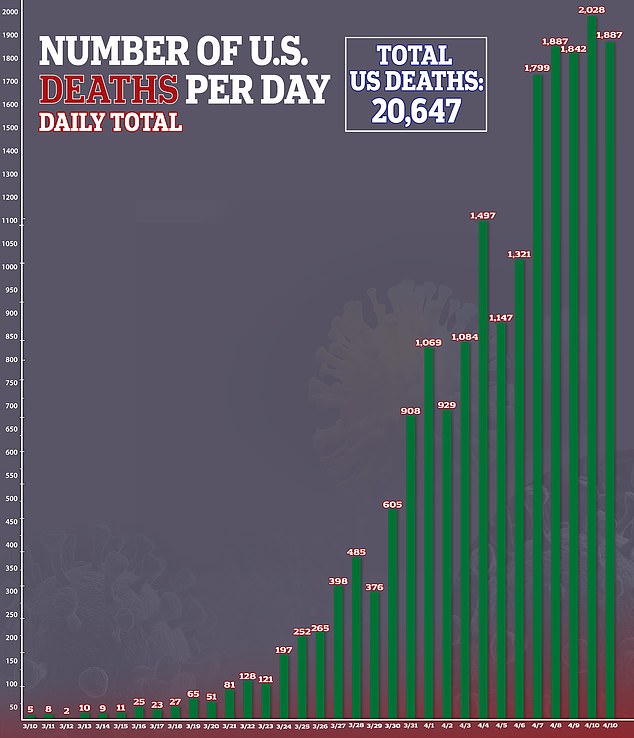 The guidelines were reinforced by nearly every governor announcing a state-wide lockdown with all non-essential businesses shuttering until the guidelines are lifted.

At the end of March, however, Trump extended the guidelines for another 30 days until April 30 – but this time is determined to stick to that deadline.

Trump’s new self-imposed deadline for lifting the guidelines and opening the country is May 1, but some are skeptical that it’s still ‘too early to tell’ if that’s a realistic option – and some states have already issued lockdowns extending into June.

Food and Drug Administration Commissioner Stephen Hahn told ABC’s This Week Sunday morning that he isn’t sure that deadline will be extended again.

‘I’ve heard from friends and colleagues around the world that people really do want to get back to a more normal life than what we’ve had the last several weeks,’ Hahn said.

When asked if it was a ‘good target’ date, the commissioner responded: ‘It is a target, and obviously we’re hopeful about that target.’

‘I think it’s just too early to be able to tell that,’ he conceded, adding: ‘We see light at the end of the tunnel.’