Trump vows his border wall WILL be paid for by Mexico

President Donald Trump is again vowing his border wall will be paid for by Mexico, one day after announcing a major trade deal with that country, and his tough words brought an almost immediate denial from that country that such a move would happen.

‘Yeah, the wall will be paid for very easily, by Mexico. It will ultimately be paid for by Mexico,’ Trump said Tuesday to reporters in the Oval Office.

But Mexico’s Secretary of Foreign Affairs Luis Videgaray Caso promptly denied that his country would do so. 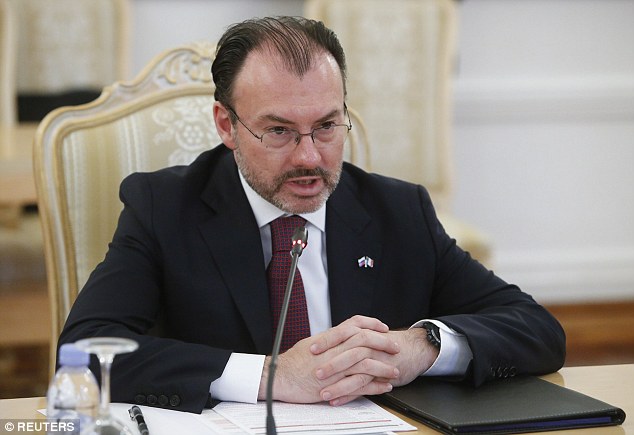 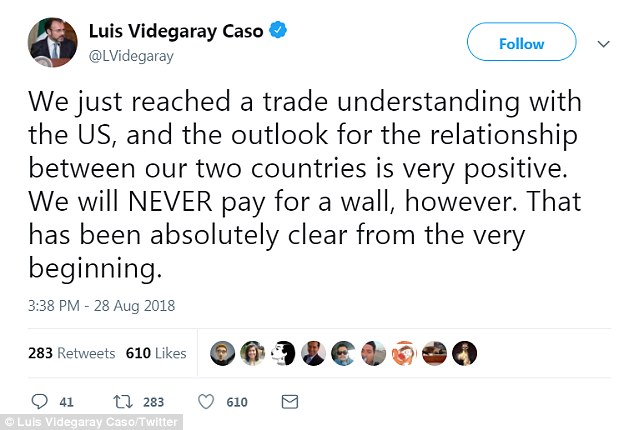 Caso used Trump’s favorite medium, Twitter, to write Mexico will never pay for the border wall, which is estimated to cost $25 billion.

‘We just reached a trade understanding with the US, and the outlook for the relationship between our two countries is very positive. We will NEVER pay for a wall, however. That has been absolutely clear from the very beginning,’ Caso tweeted.

Trump has insisted Mexico will pay for his wall since he started touting the idea of a border block during his presidential campaign.

Mexican officials, however, have consistently said they will not and it is difficult to see how Trump would get the funds out of them.

Funding for the wall also could clog the American budget process as lawmakers debate how much funding to put in this year’s appropriations.

Trump has asked for $5 billion to get his project started and has threatened to shut down the government if he doesn’t get it.

Government funding runs out at the end of September.

Meanwhile, the president announced Monday that a trade agreement had been reached with Mexico.

He called it a ‘big day for trade’ and a ‘big day for our country’ in remarks in the Oval Office, which featured a live conference call with Mexican President Enrique Peña Nieto. 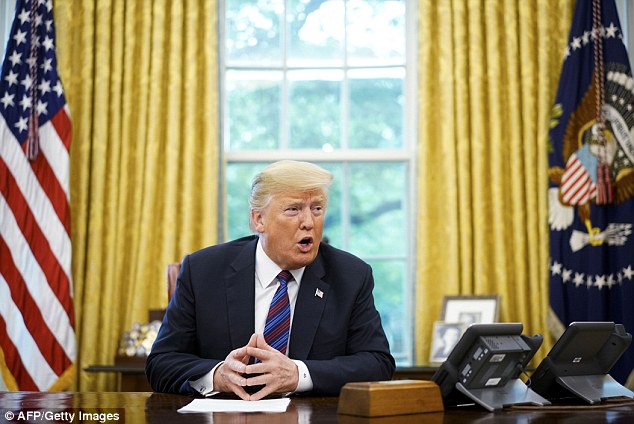 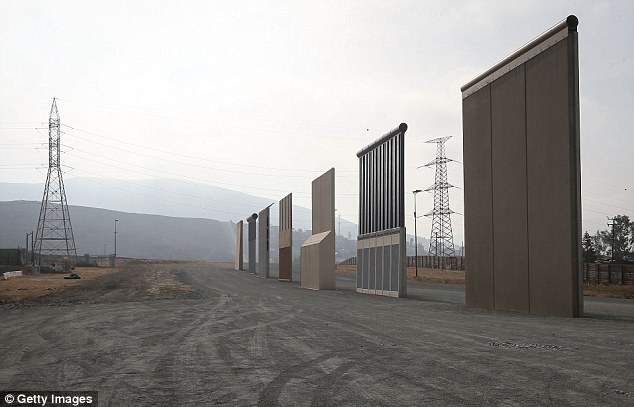 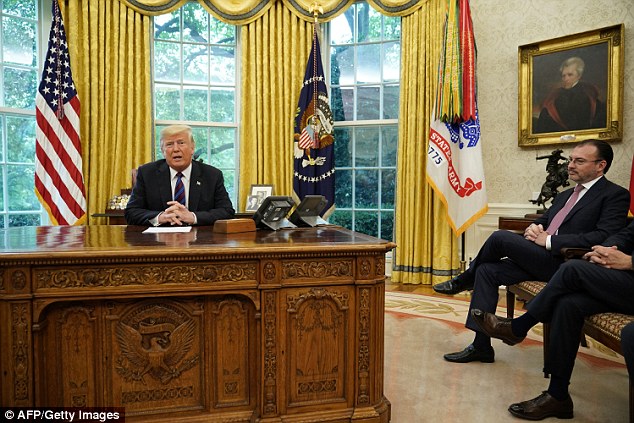 Trump said the North American Free Trade Agreement was a ‘rip-off’ for the U.S. and the new pact, which he called United States-Mexico Trade Agreement, will be ‘incredible’ for both countries.

Trump’s long-awaited trade announcement, which the White House added to his schedule suddenly on Monday, was in disarray from the moment he appeared on camera, however. Not only was a formal accord still being hammered out, how exactly the deal would be married with existing U.S. trade law had not been laid out.

In a horrifying moment, Trump struggled to get Mexican President Enrique Pena Nieto on the phone to congratulate him on achieving a deal.

‘Hello?’ the U.S. president said repeatedly on camera, before the outgoing leader, whose term ends at the beginning of December, joined the line. ‘It’s a big thing. A lot of people waiting. Hello?’ Trump again said.