President Donald Trump was left fuming after he announced Google was creating a website to help with information about the coronavirus only to catch the company off guard with his pronouncement.

The mix up came after White House senior adviser Jared Kushner and his team – including Hope Hicks, the former communications director who returned to the administration to work for Kushner – got involved in the coronavirus response efforts.

But the White House denied a report the president’s fury was directed at Kushner.

‘I know the president appreciates the tremendous effort he’s put into this,’  a senior administration official close to Kushner told DailyMail.com of work being done by the president’s son-in-law. ‘The president asked Jared to get involved in and he has been doing so.’ 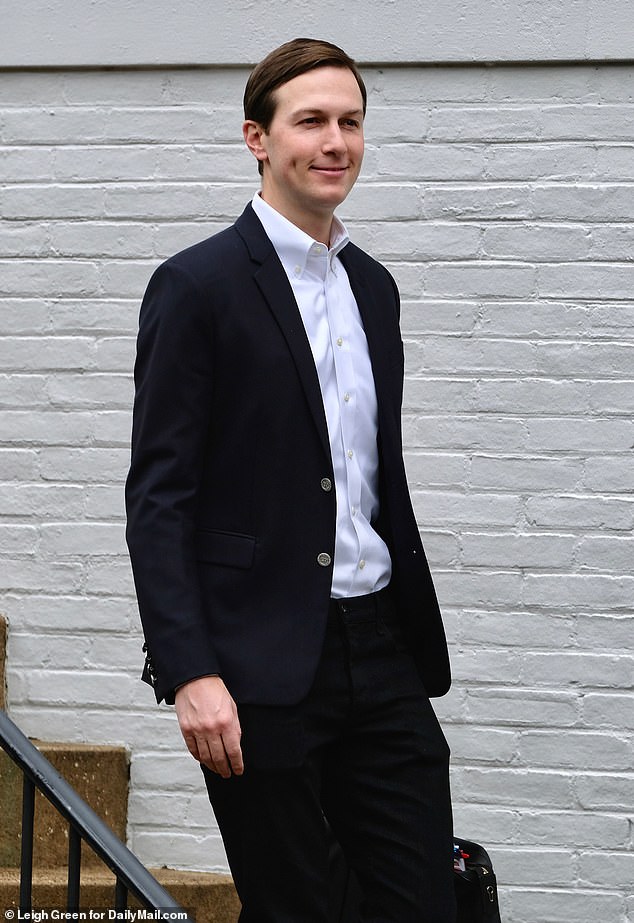 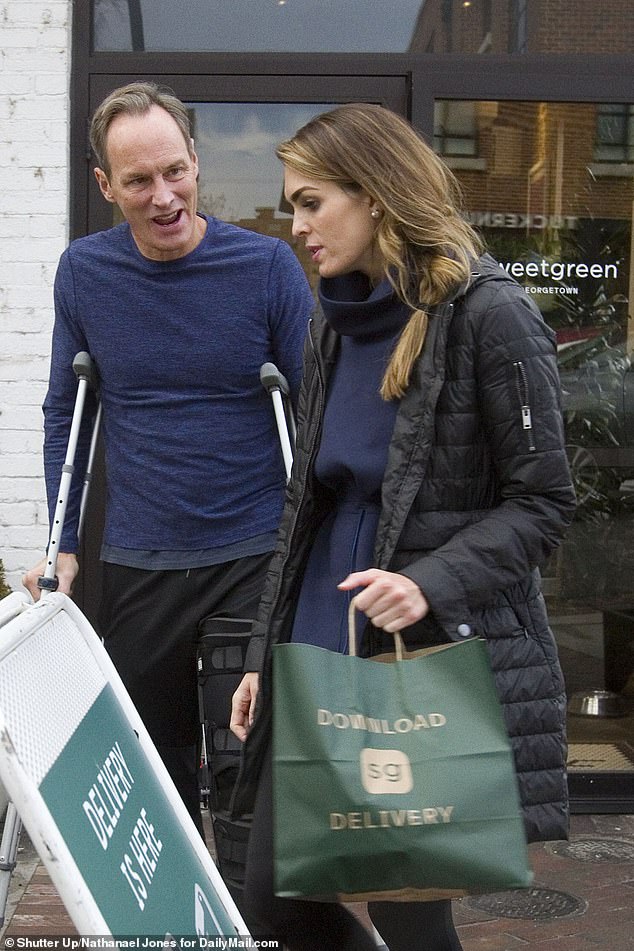 Kushner’s whole team is working on the coronavirus response, including Hope Hicks, the former communications director who returned to the White House

The official said Kushner’s entire team is working on the coronavirus response and helping Vice President Mike Pence and his office coordinate with the various federal agencies.

The website that the president announced on Friday was part of the administration’s efforts to calm fears about the outbreak as officials pushed for additional testing sites and more social distancing to contain the spread.

But Trump was left red faced when it was revealed Google wasn’t working on such a site – although its subsidiary Verily was working on one for the Bay Area of California.

‘We are developing a tool to help triage individuals for Covid-19 testing. Verily is in the early stages of development, and planning to roll testing out in the Bay Area, with the hope of expanding more broadly over time,’ Verily said in a statement after Trump’s declaration.

The president complained to his aides the coverage was terrible after the promised national website Google failed to appear, The New York Times reported.

On Saturday, however, Google announced it was partnering with the federal government to launch a national wide website.

‘Google is partnering with the US Government in developing a nationwide website that includes information about COVID-19 symptoms, risk and testing information,’ the company said in a statement.

Trump on Sunday slammed the media for its earlier reports Google wasn’t working on the site.

‘I want to thank the people at Google and Google Communications because, as you know, they substantiated what I said on Friday,’ he said Sunday in the White House briefing room. ‘The head of Google, who’s a great gentleman, called us and he apologized. I don’t know where the press got their fake news, but they got it someplace.’

He then held up a copy of Google’s statement about the national website.

‘This is from Google. They put out a release. And you guys can figure it out yourselves,’ he said. ‘But it would be great if we could really give the news correctly. It would be so, so wonderful.’

The ups-and-downs of the Trump administration’s response to the outbreak took a smoother turn on Monday when the president unveiled a set of guidelines to stem the spread, including not eating out in restaurants, shuttering schools and social gatherings under 10 people.

Kushner was involved with those guidelines too, a senior administration official told DailyMail.com. 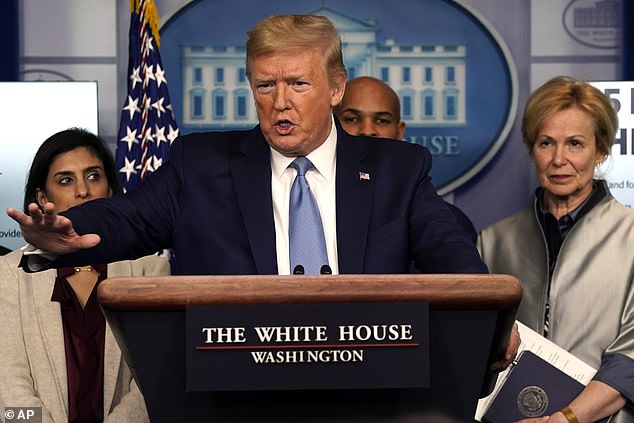 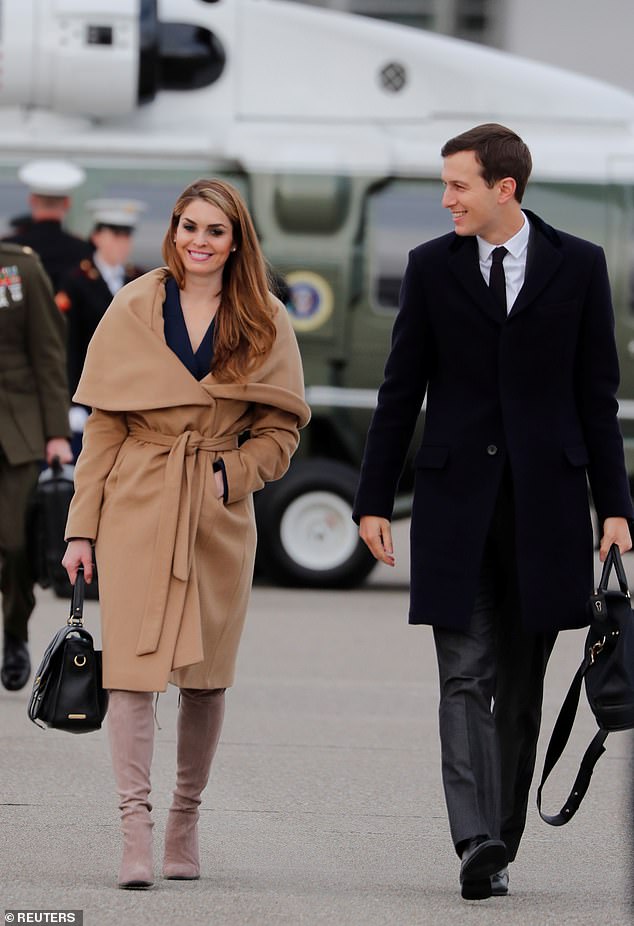 It, too, contained a major error. The president, when he announced a 30-day ban on travel to Europe, initially said cargo would be included. Aides quickly corrected that and Trump himself sent out a tweet clarifying the ban applied to people only. And the Department of Homeland Security was tasked with explaining where the ban applied and to whom.

Trump offered a more serious tone on Monday and put the U.S. on a 15-day lockdown to help end the spread of the disease.

‘Each and every one of us has a critical role to play in stopping the spread,’ the president said in the White House briefing room.

And he also gave himself high marks when it came to handling the disease.